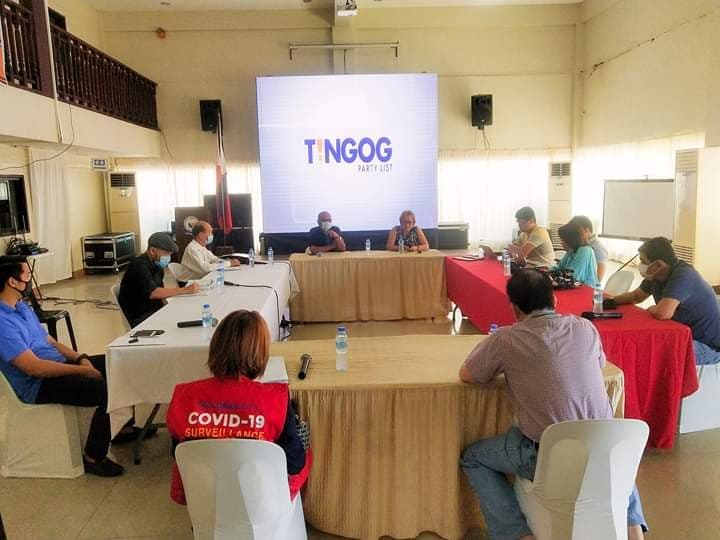 MANILA, Philippines – In an effort to ensure public health and safety in Leyte, local health and science officials pushed for a coronavirus testing center in the province.

A letter was submitted to the Department of Health (DOH) proposing the establishment of a testing center in Tacloban City, through an initiative by Philippine Medical Association of Medical Technologists (PAMET) officer Carlo Chris Apurillo and St Scholastica’s College Tacloban Department of Medical Laboratory Science chairperson Clive Ivan Mercado.

“We don’t want that our frontliners will be fighting the virus blindfolded because once they become asymptomatic carriers, they will be pulled out of their post and no one will man our hospitals and laboratories in April or May when this pandemic peaks,” Mercado said in an interview with Rappler.

Mercado, who is also a PAMET member, said that setting up a testing hub in the province could address the concern on the turnaround time of results. (READ: Without test kits, provinces, cities fighting blindly against coronavirus)

“The concern really is the turnaround time of samples. It takes too long before we know the results and then we are not comfortable that we don’t have any COVID-19 cases granting that there was a massive exodus from Manila. So, we were discussing the possibility for a long term solution which is a regional testing lab,” Mercado stressed.

Proposal to be finalized

“We had inventory of our assets, that includes manpower, laboratory, and other needed supplies. Budget requirement was estimated, where to source. A technical working group was made to come up with a proposal to be submitted to the Department of Health Central Office,” Molon told Rappler.

Molon emphasized that the process would then require approval from the DOH Central Office and the assessment and validation from the experts in Research Institute for Tropical Medicine (RITM).

Tingog party-list second nominee Philip Jude Acidre said this has been made possible with the partnerships from both the private sectors and the local agencies.

“In the last few days, we’ve been working hard to make that meeting happen. We understand that given our present system, Eastern Visayas is not among the priority areas for establishing COVID-19 testing center,” Acidre said.

Initially, the patients’ samples from the region will be sent to Vicente Sotto Memorial in Cebu for testing. But now that the region is looking into the establishment of a testing center, Acidre said it would be a big help in safeguarding the health of the public in Eastern Visayas.

“During the meeting, they made a commitment to make it happen. There’s a go signal. DOH is onboard,” he added. “PAMET will deliver the volunteer service. On behalf of Tingog, Congresswoman Yedda Romualdez and Congressman Martin Romauldez will procure the testing machine. It’s really good we’re almost able to complete the requirements needed.”

This testing center according to Acidre will be situated at EVRMC Magsaysay in Tacloban City.

An important requirement needed in establishing a regional testing lab is the purchase of a P2.7 million worth of real-time Polymerase Chain Reaction (PCR) machine for COVID-19, compatible with the coronavirus detection kits developed by the scientists at the National Institutes of Health of the University of the Philippines (UP) Manila.

According to DOH, the current gold standard for diagnosing COVID-19 is through laboratory-based PCR testing done at the RITM.

An alliance of concerned scientists, organizations, and other citizens also urged the government to expand testing efforts at the regional and local levels.

Leyte, including Tacloban City, has an estimated population of 2 million in 2015. The province has no confirmed case of the novel coronavirus yet but it was placed under community quarantine. – Rappler.com