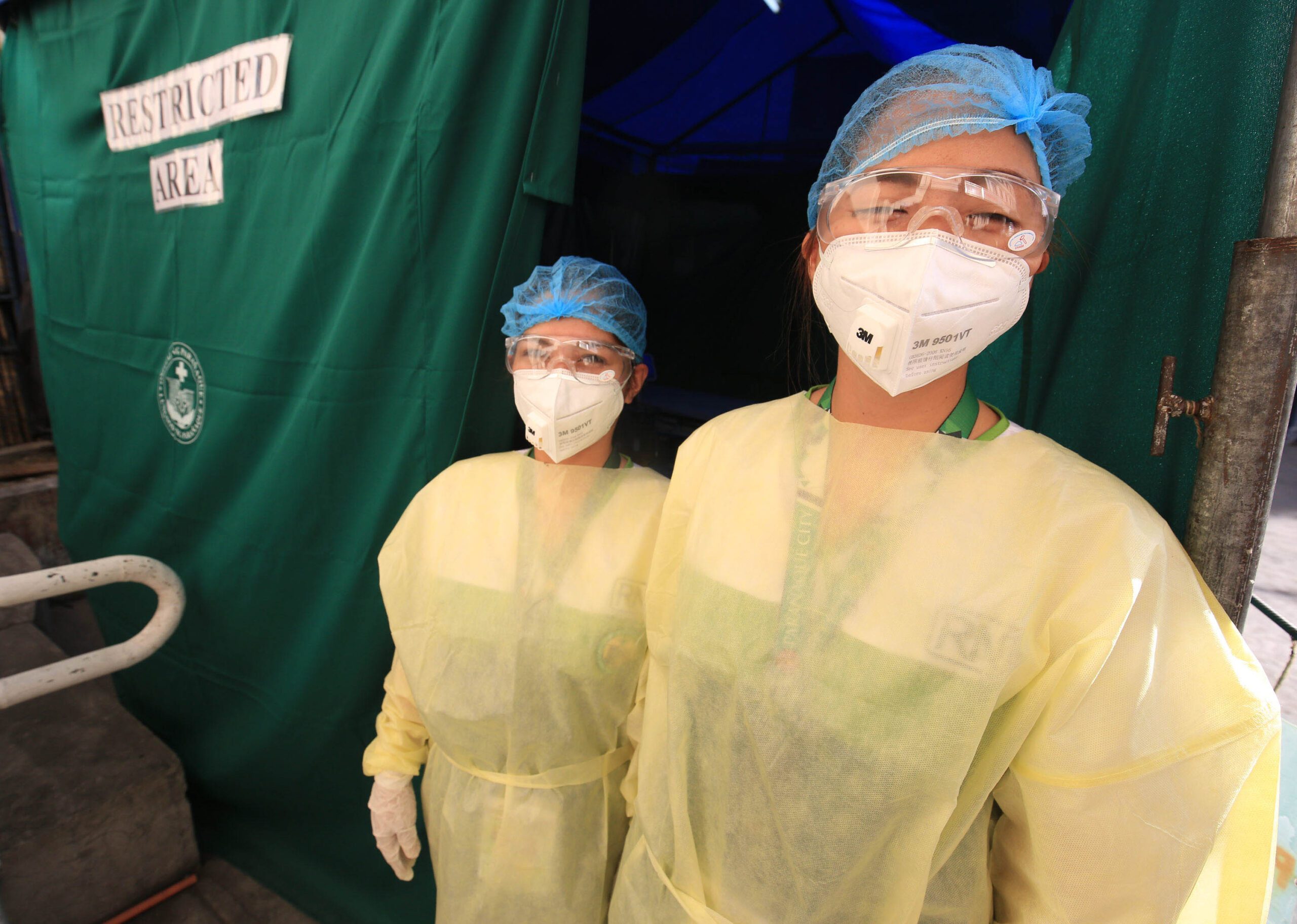 Facebook Twitter Copy URL
Copied
'We have received a special permit that we can still bring 75 Filipino nurses.... We are very confident that they can land in Frankfurt in the next few days'

ARIZONA, United States – Germany is flying in at least 75 Filipino nurses to help care for its novel coronavirus patients, according to the report of the German Press Agency (DPA).

According to the Hessische Krankenhausgesellschaft, an association of over 150 hospitals in the federal state of Hesse, they are having a “recruitment flight” for intensive care personnel.

“We have received a special permit that we can still bring 75 Filipino nurses to Hesse,” group president Christian Höftberger told the news agency on Friday, March 20.

“We are very confident that they can land in Frankfurt in the next few days,” he said, referring to Hesse’s largest city.

The Philippine government imposed a lockdown in the entire island of Luzon from March 17 until April 12. It has however allowed Filipino workers to leave for their work abroad during this period.

Also on Friday, Manila imposed a travel ban on all foreigners entering the Philippines. It’s not clear how this ban will affect Germany’s plan, unless they intend to simply dispatch a plane and will not send any of its nationals to fetch the nurses outside the airport.

The nurses will work at the Asklepios clinics. But Höftberger said “there are other Filipino intensive care nurses on the same plane” and that two other large clinics hired nurses.

Germany had almost 14,000 cases as of Friday, according to its official heath reporting organization, the Robert Koch Institute (RKI).

The article, also carried by other news organizations, said the hiring was done through the efforts of Foreign Minister Heiko Maas, the crisis team of the Hessian state government, and employment agencies.

It added that “Maas even campaigned for the visas to be sent by messenger from the embassy to the employees, despite the exit restrictions imposed there” [in the Philippines].

The Philippines’ Department of Health admitted that the health care system is “challenged” by the growing demand for novel coronavirus testing.

There are shortages in medical personnel and personal protecive equipment, prompting staff to either improvise or ask for donations. (READ: Left in the dark: Little protection for government’s coronavirus frontliners)

For decades, Filipino nurses have also opted to work abroad due to low wages and poor working conditions in the country.

As of Saturday afternoon, March 21, the Philippines had 307 coronavirus cases, with 19 deaths.

Experts from the DOH and the World Health Organization (WHO) said that the cases could peak to as many as 75,000 in the next 3 months, or by June, if not properly contained.

President Rodrigo Duterte earlier declared a state of calamity in the country. – Rappler.com