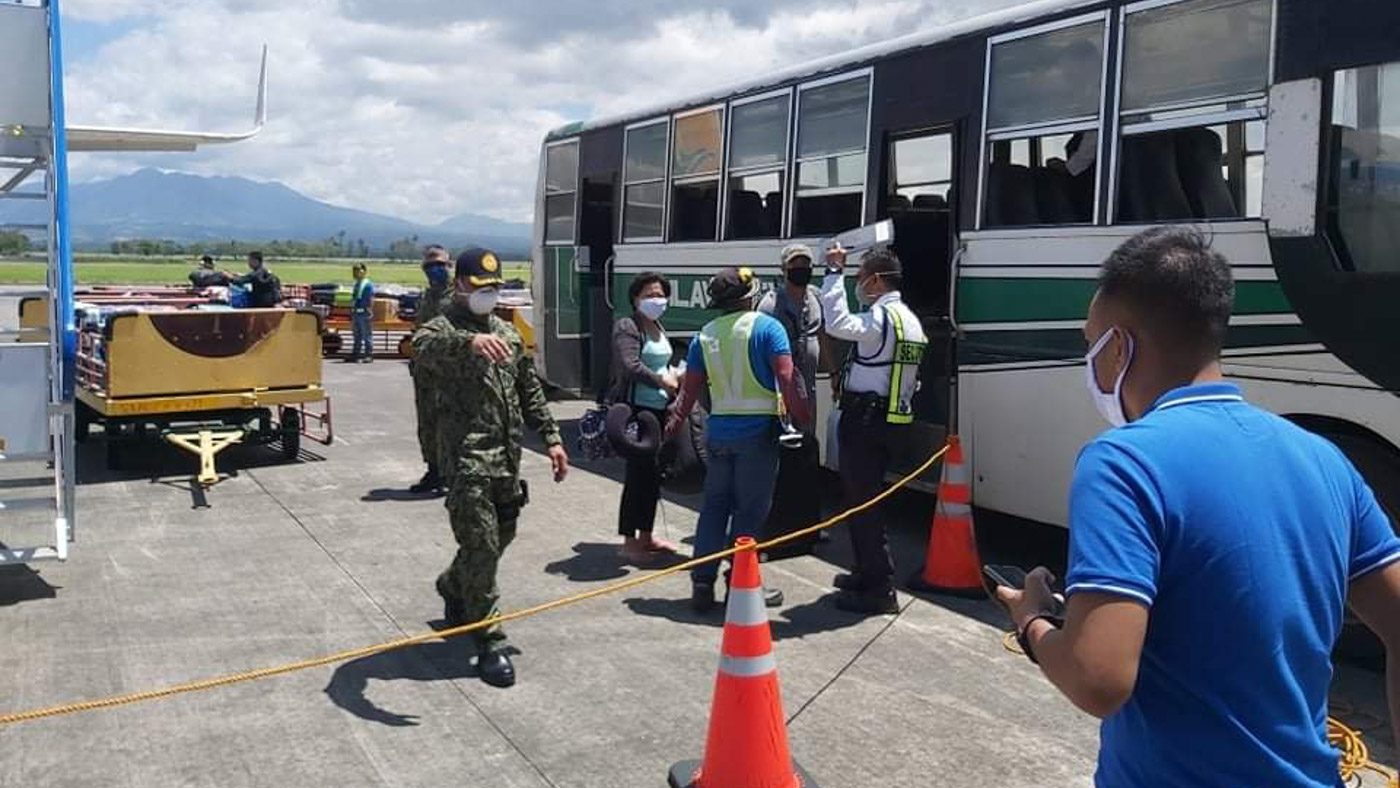 BACOLOD CITY, Philippines – Some 84 individuals who were stranded in Luzon for days were airlifted  to their home province, Negros Occidental, this week.

The group traveled on a special Cebu Pacific flight from the Clark International Airport in Pampanga, which was initiated by the provincial government here.

Governor Eugenio Jose Lacson wrote a letter to the Civil Aviation Authority of the Philippines, appealing the return of the Negrenses following the suspension of land, sea and air travels to ease the possible transmission of coronavirus disease (COVID-19). They arrived in the province on March 19.

Negros Occidental has already sealed its borders after thousands from Metro Manila fled to the province last weekend to escape the Luzon-wide lockdown.

Board Member Ryan Gamboa said the 84 individuals were automatically considered as persons under monitoring (PUM) for the infectious disease and would undergo a 14-day mandatory quarantine at the provincial government-run Mambukal Summer Resort in Murcia town.

With this, Mambukal Resort has also halted its operations this week to accommodate the PUMs, whose food and lodging will be provided by the provincial government.

The PUMs are not allowed to go out or accept visitors and will be strictly monitored.

However, hours later, one of the PUMs escaped the quarantine but was quickly arrested by the police in a subdivision in Bacolod City.

He will be charged for violation of the Republic Act 11332 or the Mandatory Reporting of Notifiable Diseases and Health Events of Public Health Concern Act.

Aside from the 84 Negrenses, also joining them in the mercy flight were some 54 passengers from the neighboring provinces. Their return to their home provinces was arranged. – Rappler.com