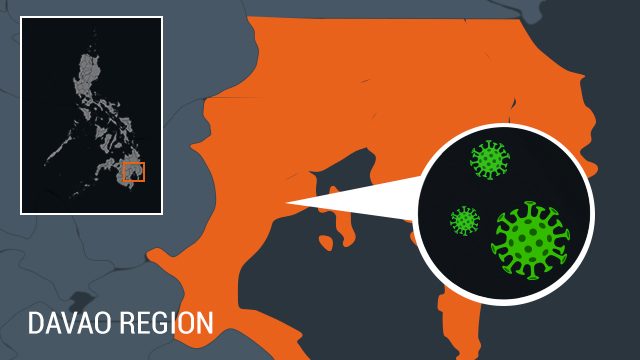 DAVAO CITY, Philippines – The first confirmed case of the novel coronavirus in the Davao Region will be discharged anytime Monday, March 23, after her second test turned out negative.

The Davao de Oro Emergency Operations Center said PH130, a 21-year-old female from Pantukan, Davao de Oro, has recovered from COVID-19 – the disease caused by the novel coronavirus – and will be discharged today.

“The result of her second swab testing is already negative,” Osabel said.

She said the Davao de Oro government had been furnished with the result of the test and that the mayor of Pantukan had also been informed of the patient’s status.

Two more confirmed COVID-19 cases in the region were put in isolation. The couple, both 47, arrived from Manila on March 6.

Davao City Mayor Sara Duterte said two more persons are under investigation, but doctors suspected that they had the virus. The two went to a cockfight in Barangay Matina here.

As of Monday, the Philippines has a total of 462 confirmed cases of the novel coronavirus, with 33 deaths and 18 recoveries.