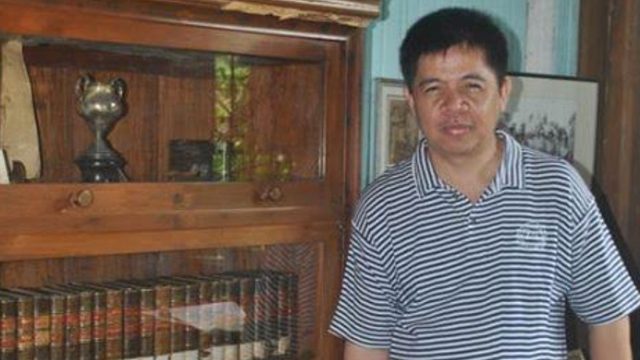 PAMPANGA, Philippines  – Dr Marcelo Jaochico, the provincial health chief of Pampanga, died on Tuesday, March 24, after losing his own battle with COVID-19, the disease caused by the novel coronavirus.

In a Facebook post Tuesday evening, Cielo Jaochico, Marcelo’s daughter, confirmed his father’s death. According to her, they received Marcelo’s COVID-19 test on the day of his death.

“We received the result of his test after 8 days. At least ‘di siya naunang pumanaw bago dumating ang diagnosis po niya (At least it didn’t arrive after he died),” she said.

Cielo said his father started experiencing the symptoms of COVID-19 on March 11.

“He experienced loss of appetite, fatigue, diarrhea, and shortness of breath. He was home quarantined. He underwent CBS test and the results are normal. He was given IV fluids while in his home in Pampanga until Sunday, March 15,” she disclosed.

According to Cielo, her father was tested for the virus on March 16 and was transferred to an intensive care unit isolation room of a government hospital on March 18 for close monitoring.

Cielo added that she does not want her father to be remembered as “someone who just died because of COVID-19.”

“Nagmamakaawa akong sabihin niyo na sa mga magulang niyo ngayon kung gaano niyo sila kamahal (I’m telling you now to tell to your parents how much you love them). Noong 18 ako (when I was 18), who would’ve thought that after 3 years, I’d lose my dad,” Cielo wrote.

A Jose P. Rizal Memorial awardee, Marcelo served as a ‘doctor to the barrios’ in Calanasan, Apayao for about 16 years. He was obstetrician, pediatrician, and family physician for rural folks.

He also worked at the Bureau of Local Health Systems and Development of the Department of Health before becoming provincial health officer in 2013.

“I am also exhibiting cough and colds since March 18, and I am one of the last persons he (Dr. Jaochico) was last in contact with when he was still in Caloocan (March 6-8). I have not left the premises of our house since March 8 with the exception of getting checked on March 19 because I had to get prescriptions for my supportive management,” she said.

Cielo added: “I am now under strict isolation for 2 weeks because we can’t afford to infect other people, lalo na yung lolo at lola ko na mayroong napakaraming mga co-morbidities (especially my grandparents who have many co-morbidities). We have informed our barangay leaders as well.”

The Pampanga public information office has not issued any information about Marcelo’s death yet.

Pampanga’s public information office said that as of Tuesday, March 24, the number of deaths due to the virus in the province still stands at one, with 3 confirmed cases, 39 persons under investigation.

Meawnwhile, the Philippines has now 552 confirmed cases of coronavirus, with 33 deaths and 20 recoveries. – Rappler.com