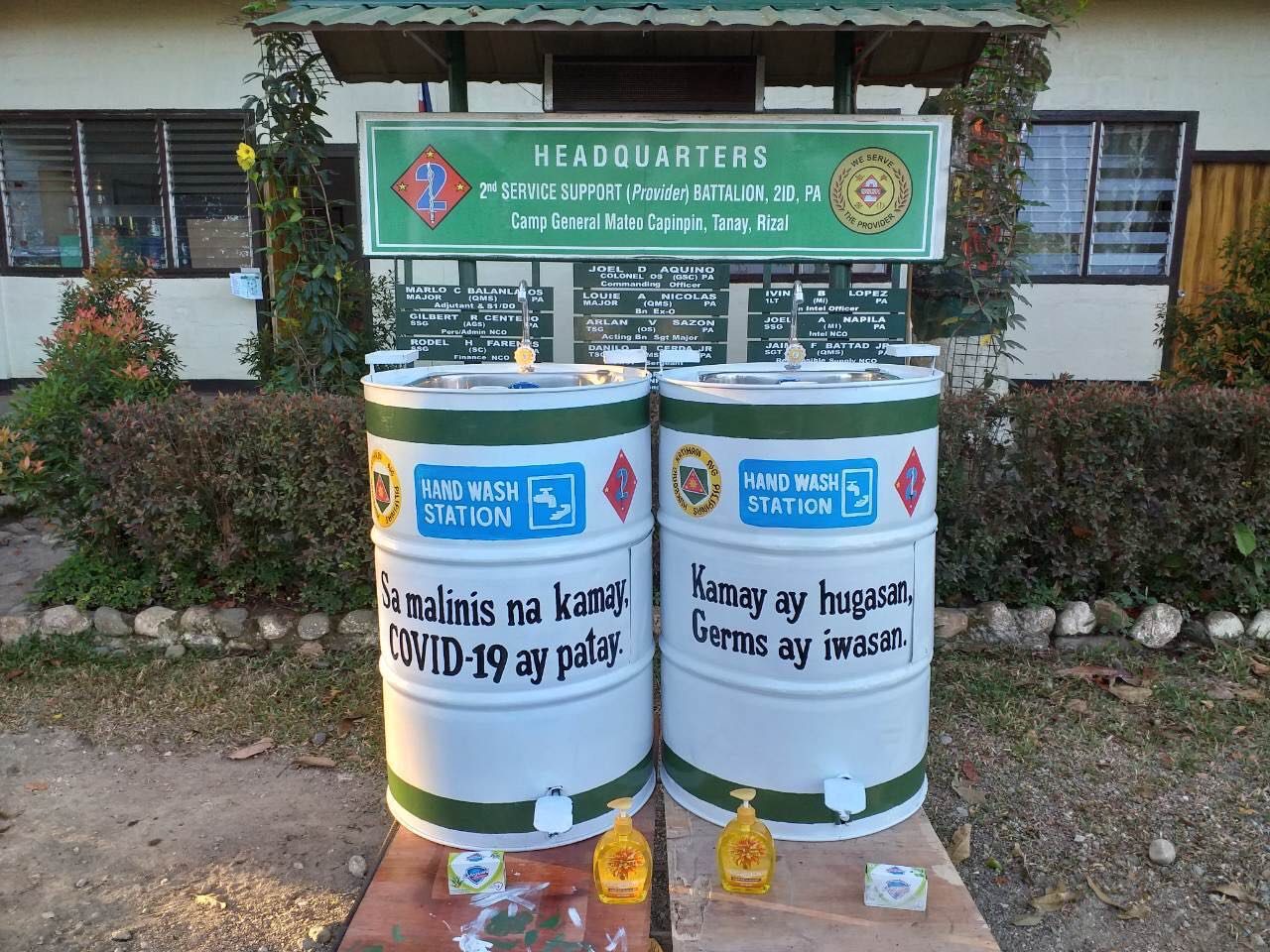 Facebook Twitter Copy URL
Copied
These portable washing stations are hands-free, and are now deployed to coronavirus lockdown checkpoints all over Rizal province

MANILA, Philippines – Soldiers of the Philippine Army in the Southern Tagalog region have transformed discarded metal drums into portable washing stations, which have been brought to coronavirus lockdown checkpoints in Rizal province.

Soldiers fitted each drum with a sink and a faucet. Water flow is controlled by a pedal at the bottom of the drum instead of a spigot, so users wouldn’t need to use their hands to operate it. It’s a project of the Philippine Army’s 2nd Infantry “Jungle Fighter” Division based at Camp Capinpin in Tanay, Rizal. The Jungle Fighters are in charge of securing Southern Tagalog, included in the “enhanced community quarantine” or lockdown of Luzon meant to quell the novel coronavirus.

The Army division hopes to distribute the portable washing stations to all “quarantine control points” or checkpoints in the area they cover, and they are willing to share the technology so other groups may replicate it, said division commander Major General Arnulfo Marcelo Burgos Jr in a media release. The washing stations are made entirely by soldiers, and “designed…to prevent users from reacquiring bacteria or viruses immediately after washing their hands, while ensuring that it will be at an affordable and reasonable cost compared to sensor-controlled mechanisms,” Burgos said. (READ: Senior military officer tests positive for virus, AFP chief on home quarantine)

The Jungle Fighters also hope the effort will promote personal hygiene to combat the virus, in addition to their roving loudspeaker campaign to inform people about guidelines from the Department of Health. – Rappler.com