Iloilo City amends anti-discrimination ordinance to include frontliners vs virus 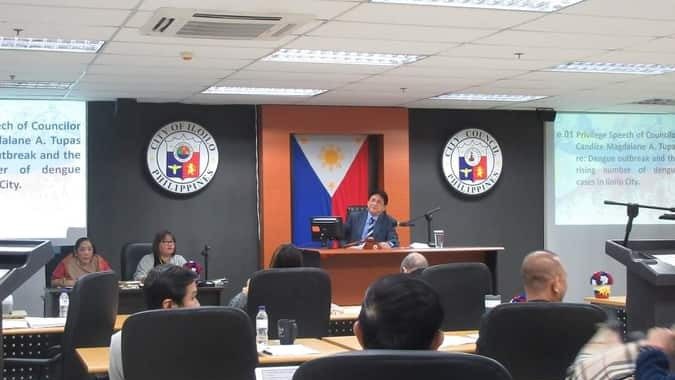 ILOILO CITY, Philippines – This city’s council passed an amendment to the anti-discrimination ordinance prohibiting businesses in Iloilo City from discriminating against those working in the health sector, fighting the spread of coronavirus. (READ: Evicted, banned from eateries: Frontliners face discrimination in Iloilo City)

During the city council’s regular session on Tuesday, Ordinance No. 2020-058, amending the 2018 anti-discrimination ordinance to include health workers, was passed unanimously.

This was in response to reports that food establishments were banning health workers.

In light of the coronavirus spread, Iloilo City Mayor Jerry Treñas pushed for the city to expand protections for health workers, which was supported by councilors Dr. Candace Tupas, Lyndon Acap, and Romel Duron.

“It is sad, frustrating, and inhumane to discriminate our health care workers,” Tupas said in a statement. “We health workers risk our lives for you, the least that people can do is to respect us and give us some comfort and a decent place to stay.”

Penalties for violating the ordinance include fines of up to P1,000 for the first offense, P2,000 for the second offense, and possible imprisonment of not more than 10 days. The 3rd offense could  P3,000 and 15 days imprisonment on the third offense.

Dr Felix Ray Villa, chief executive officer of Medical City Iloilo, told Rappler in a phone interview that some 50 of their staff members reported some form of discrimination after the first confirmed COVID-19 patient in the city was reported to be at the care of the hospital because of the transportation situation. And on top of that, not allowed to enter their own homes.”

Treñas reminded business establishments of the importance of supporting health workers, who put their lives on the line to care for those dealing with coronavirus infection.

“I have been receiving messages today that our fellow Ilonggos who are in the medical field are discriminated. Buses reject them, carinderias won’t sell to them, their landlords evicted them. We should not allow this to happen,” he said.

“Please keep in mind that if they cannot eat or sleep well, they cannot go to work. Who will take care of you if you will be infected? Would you also want them to treat you the same?” Treñas added.

The mayor designated an area in Iloilo City College, also in Molo district and just walking distance to Medical City Iloilo, as temporary dormitories for all medical staff in the city who have no place to stay.

The mayor said the temporary dorm can host up to 72 workers and is open to staff of all major hospitals of the city. The city government will also provide transportation for them.

Western Visayas has a total of 4 confirmed cases of COVID-19 so far. Two cases are from Iloilo, one from Bacolod, and another from Capiz province.

Across the country, there are a total of 707 confirmed cases as of Thursday, March 26. – Rappler.com