‘He will always be our hero’: Son pays tribute to doctor who died of coronavirus 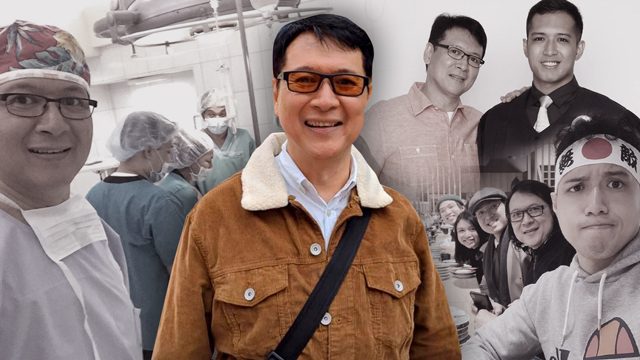 Facebook Twitter Copy URL
Copied
'He always embodied a kind of fiery passion for his profession but he always spoke of what the country needed with such passion,' says the son of Dr Leandro Resurreccion III of the pediatric transplant surgeon at the Philippine General Hospital

MANILA, Philippines – The Philippines has lost yet another doctor in the battle against the coronavirus disease (COVID-19).

Dr. Resurreccion,  the head of the Pediatric Surgery Division at the Philippine Children’s Medical Center, was a father of 4. He was 57.

In a Facebook post, his son Leandro Resurreccion IV paid tribute to his father, and shared the family’s last few moments with him.

“There were no hugs, there were no kisses, and there were no goodbyes. As a matter of fact, the last time I saw him, he was still able to smile. It gives you a kind of heartbreak that I cannot even explain,” he said.

He recounted how his father chose to work in the Philippines, despite being certified as a pediatric transplant surgeon at Westmead Hospital in Sydney, Australia.

Leandro IV was 13 when Dr Resurreccion rejected the offer to stay in Sydney, believing the Philippines was where he was needed the most.

“He did not do it for money nor prestige, but because he was needed. He always embodied a kind of fiery passion for his profession but he always spoke of what the country needed together with such passion,” he recalled.

“I choose to remember him like this – not only as a statistic in the current war we are fighting, not only as a surgeon who pioneered for the nation, not only as a father for his family. But as a citizen of the world who cared for it and fought for it. He will always be our hero,” he added.

“The PCMC Family mourns the passing of a great surgeon, teacher, academician and friend to all. [Dr Resurreccion) was well known locally and abroad as forward looking in his vision for pediatric surgery especially in liver transplants which he was working to the end. Always smiling, friendly and very ‘cool’ he will be missed. Our first fallen soldier in the battle against COVID-19,” PCMC said in a statement.

Leandro IV thanked his friends, family, his father’s colleagues and the Pediatric Surgery community he was a part of, as well as the doctors, nurses and staff who attended to his father.

“Although we could not see him through this ordeal, he was under the best care of his PGH family. For all their efforts, we are truly grateful,” added Pia, Dr Resurreccion’s daughter.

Leandro IV also appealed to the national government to intensify efforts to test Filipinos and isolate cases to “break the chain.”

He also urged Filipinos to stay at home to help protect frontliners.

“Let us not only protect our loved ones, but also our frontliners in this fight against this ravaging enemy. If we lose those who protect us, who else will?” he asked.

He said he remembered his father as a hero who valiantly served his nation until his last breath.

Dr Resurreccion is now among the doctors in the country who have died due to the coronavirus, as hospitals struggled to keep up with the rapidly increasing number of cases. As of Tuesday, the Philippines has 2,084 coronavirus cases, with a death toll of 88.– Rappler.com