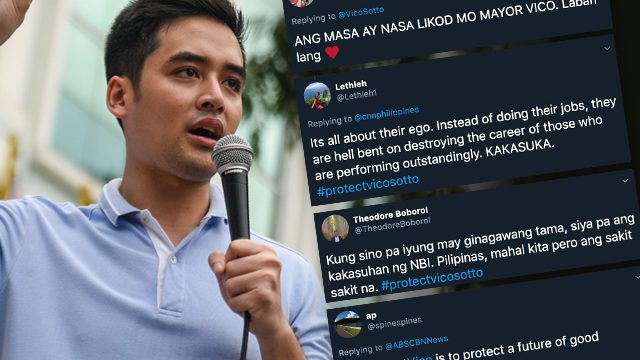 The NBI is singling out the young mayor for supposedly “disobeying national government policies” related to the Luzon-wide lockdown imposed by Duterte on March 17. (READ: Sotto urges national gov’t to allow tricycles during coronavirus lockdown) 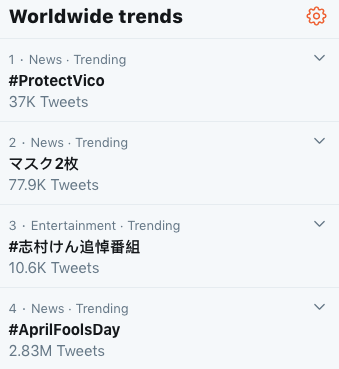 Celebrities and political figures came out in support of the neophyte mayor.

Twitter users also questioned the legality of the decision, echoing Sotto’s response that the law was not yet enacted when he appealed to Malacañang if he could allow tricycles to operate in Pasig City.

In a tweet, Pasig Mayor @VicoSotto responds to the NBI regarding his supposed violation of the Bayanihan to Heal as One Act, which mandates LGU officials to comply with national guidelines. #COVID19PH

Laws are not meant to be applied retroactively. The Consti itself states that no ex post facto law shall be passed. Vico's alleged violation occured BEFORE the Bayanihan Act, which took effect on Mar. 25, 2020.

So can someone explain to me how he violated the said Act?

Netizens compared Sotto’s case to that of pro-administration Senator Koko Pimentel, who broke coronavirus quarantine protocols and exposed other people to risks but who was given due consideration by the government. (READ: Makati Med denounces Pimentel’s ‘irresponsible, reckless’ protocol breach)

Less than two weeks ago, #ProtectVico also trended after the administration ordered local government units to stand down and follow national directives on the Luzon lockdown.

Here are more tweets about this:

What are your thoughts on NBI’s move? Let us know in the comments section! – Rappler.com