Mar 15, 2012 8:30 PM PHT
Facebook Twitter Copy URL
Copied
Senate President Juan Ponce Enrile says the most important figure in the SALN is the acquisition cost, which Corona did not declare.

MANILA, Philippines – Fair market value, assessed value, current fair market value. For Senate President Juan Ponce Enrile, debates on these figures are irrelevant because what is important is the acquisition cost of a property.

Enrile was reacting to the examination of defense witnesses on Thursday, March 15, or Day 30 of the impeachment trial of Chief Justice Renato Corona.

Villaruz and Ordanes testified on the fair market values and assessed values of the properties of Corona and his wife in the 2 cities. Defense counsels said the purpose was to show that the values Corona declared in his Statement of Assets, Liabilities and Net Worth (SALN) had legal basis.

The testimonies led to lengthy discussions on the differences and bases for the values. Enrile though told senators, prosecutors and defense counsels that the acquisition cost was the important figure because it did not change over time.

“We must know that the purpose of this law (Constitutional provision on the SALN) is for the anti-corruption policy of the government, and you cannot commit a corruption if your property, you acquired it for P1 million and it is now P100 billion. You did not steal the difference.”

Enrile explained, “If ever you did commit corruption, it is only limited to the P1 million that’s why what is important here is the acquisition cost.”

Since he joined the Supreme Court in 2002, Corona did not declare the acquisition cost of his properties. He only filled up the columns in the SALN form for assessed value and current fair market value.

Acquisition cost is the price by which the property was acquired, as indicated in the deed of sale.

The fair market value depends on the assessment of the city assessor’s office, based on the value approved by the city council. Villaruz said this value changes every 3 years. 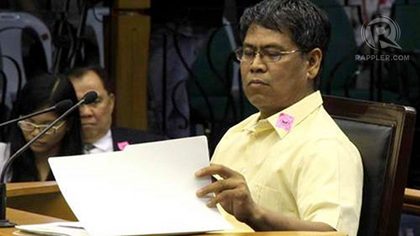 If one reviews the deeds of absolute sale involving 4 of Corona’s properties, it appears they are all undervalued.

The condominium units and lot in Makati, Taguig and Quezon City are worth P42.1-M, based on the deeds of absolute sale attached to these properties. These 4 properties were acquired from 2003-2009.

However, Corona put the total value of these properties in his SALN at about P13.1-M only, equivalent to just a third of actual values based on deeds of sale. Read the full story here.

Is that indicative of fraud?

During the trial, lead defense counsel Serafin Cuevas debated with Sen. Alan Peter Cayetano on the different values in the SALN form.

Cayetano said that there was a disagreement on a question of law but Enrile sought to stop the back-and-forth between the two.

Enrile added, “When you state under oath something, you must be factual and truthful, isn’t it? That’s the issue. Let’s not waste our time discussing values, fair market value or whatever value.” 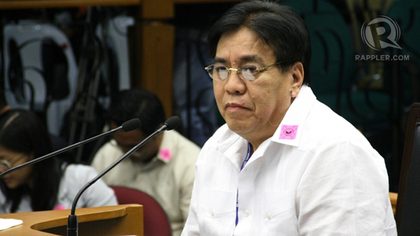 ‘No intention to hide’

Defense spokesperson Karen Jimeno told Rappler that Corona had no intention to hide anything when he failed to fill up the acquisition cost column.

Jimeno added that the purpose of the witnesses’ testimony was to show that Corona did not manipulate the assessed value and fair market value he declared because these were based on the valuation that comes from an ordinance of the city council.

Jimeno said that if anything could be manipulated, it is the acquisition cost.

“The acquisition cost is subject to the private agreements of the parties so if there’s something you want to undervalue, it doesn’t make sense that what you will declare in the SALN is the fair market value or assessed value.”

Asked why Corona did not declare the acquisition cost of his properties, Jimeno said she was not competent to answer and the public will just have to wait for the defense’s witnesses.

In the trial, Sen Panfilo Lacson said questions about the acquisition cost bolstered some senators’ argument that Corona must testify.

Prosecution spokesperson Rep Romero “Miro” Quimbo disagreed with Jimeno. Quimbo said it was obvious that Corona is hiding something.

“The acquisition cost is the bellwether for corruption. That’s the reason why you have a SALN so you can measure if somebody is accumulating wealth.”

The spokesperson also questioned why Corona supposedly belatedly declared the properties on April 28, 2011 when he acquired these in 2005, 2006 and 2009.

“It only came out when he was already in danger of impeachment that’s why the 2010 SALN is a belated realization,” he said.

During the trial, Senator Francis Escudero asked the prosecution and the defense to clarify in their summation the difference between substantial compliance with the Constitutional requirement to file the SALN and what he called “good faith compliance.”

Escudero was reacting to the statement of Cuevas that the supposed errors in Corona’s SALNs were made in good faith.

Cuevas said, “If there are errors, then they can be corrected. What prevents correction is if there is malice or bad faith.” 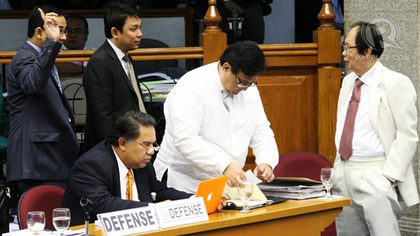 Quimo, however, told Rappler after the trial that this was not acceptable.

Quimbo said that public officials file their SALNs under oath as a measure of accountability.

“There is no other document in government that an employee fills up every year that must be sworn to, only this. That is how important the SALN is.” – Rappler.com