Frontliner attacked in Quezon for parking ambulance inside subdivision 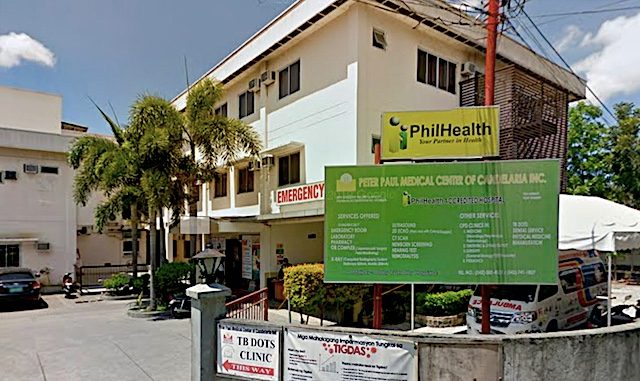 Facebook Twitter Copy URL
Copied
'We need to protect them,' says the Peter Paul Medical Center of Candelaria after its ambulance driver got 'violently harassed and attacked' in his own subdivision in Candelaria, Quezon

MANILA, Philippines – A hospital worker was hurt in Quezon province after he got into a heated argument with a man who did not want an ambulance parked inside their subdivision.

The Candeleria Municipal Police Station said in a report that the incident happened in Maliwanag Subdivision in Barangay Malabanban Norte in Candelaria, Quezon, at around 9 pm on Thursday, April 2. The victim and the suspect both lived in the subdivision.

Police said ambulance driver Sofronio Ramilo and the suspect, Ramil Alcantara, had a heated argument about the ambulance that Ramilo parked inside their subdivision.

“At the height of their altercation, the suspect got irked, drew his firearm and fired it on the ground,” the police said.

Police said Ramilo sustained a “minor injury” in his right index finger when it was struck by debris caused by the ricochet of the bullet, and was brought to the Peter Paul Medical Center of Candelaria Incorporated (PPMCCI) for medical treatment.

Police arrested Alcantara and detained him at the municipal police station while a physical injury complaint was prepared against him.

The hospital said in a statement on Friday, April 3, that Ramilo was eating a late dinner at home before reporting for work when he was “violently harassed and attacked” by the suspect who insisted that an ambulance should not be allowed inside the subdivision as it transported COVID-19 patients, and may harm the health of residents.

PPMMCI said their driver explained to the suspect that the ambulance was being used to ferry medical personnel, and that the vehicle was cleaned and disinfected regularly.

“Disregarding the explanation, the suspect pointed a gun and shot the hand of our frontliner, injuring one of his fingers resulting to possible disarticulation,” PPMCCI said.

The hospital, which noted that the ambulance driver was the family breadwinner, said it “strongly condemns discrimination and harassment of all health workers.”

“We respectfully demand that justice be served. He is your frontliner as well. We are appealing to the public to extend their rational understanding and compassion to our health workers. They have responded [to] our country’s need with dedication, bravery, and selflessness,” PPMCCI said.

“It is not enough to thank them. We need to protect them,” it added. (READ: Left in the dark: Little protection for government’s coronavirus frontliners)

There have been similar reports of discrimination and harassment of frontliners in other parts of the country, including Iloilo City, where medical workers experienced being shunned by local stores, boarding houses, and even their own barangays and homes after their hospitals started treated coronavirus patients. This prompted the city government to amend its anti-discrimination ordinance to protect the workers.

In Sultan Kudarat, St Louis Hospital in Tacurong City recently condemned the harassment experienced by one of its utility workers who was splattered with bleach at a public market. – With a report from Rambo Talabong/Rappler.com