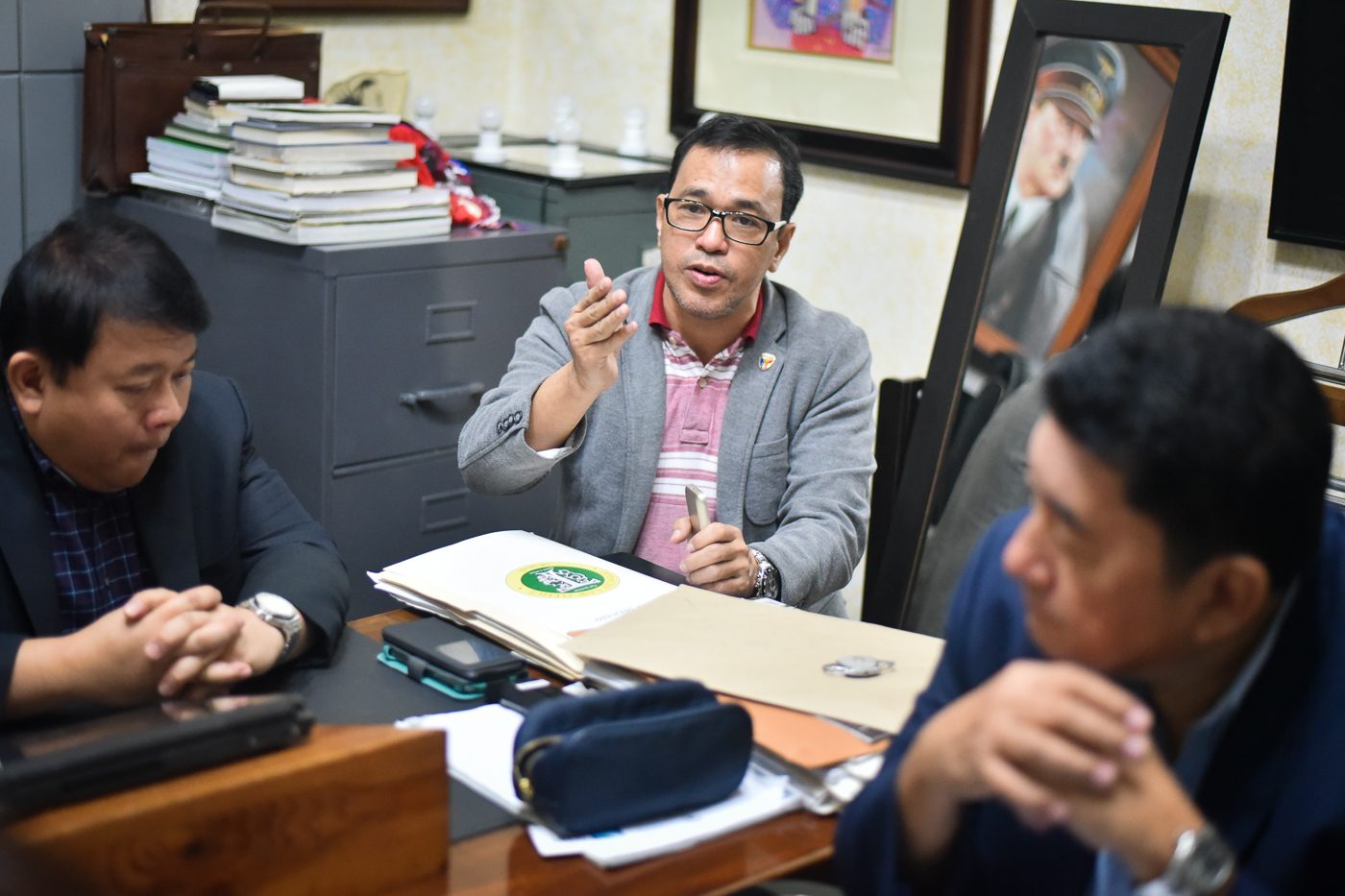 Facebook Twitter Copy URL
Copied
'As of this moment, he's no longer connected with government,' the President says of PACC Commissioner Manuelito Luna, who pushed for a probe into the Vice President's fundraising efforts to address the coronavirus outbreak

“As of this moment, he’s no longer connected with government,” Duterte said in a late night speech on Friday.

Luna had earlier released a statement saying the National Bureau of Investigation should investigate Robredo for “competing” with the national government during the novel coronavirus outbreak.

Luna, unsatisfied with Robredo’s efforts to help frontliners, suggested that the Vice President’s actions “compete with, or calculated to undermine, national government efforts in this time of public health emergency or national calamity.”

The incident ignited a surge of backlash, prompting the PACC to distance itself from Luna. PACC chief Greco Belgica went as far as releasing his own statement, disowning Luna’s moves as reflective of the entire commission.

Duterte on Friday night lashed out at Luna, saying Robredo was right to seek help from private donors.

(Some people are really stupid. Leni was calling on the private sector to ask for help. That’s right. Ask for help from other people. Now, there is this lawyer, a PACC commissioner, Manuelito Luna. He wanted Leni investigated for soliciting. Son of a– When I heard that, I said, “Fire him.”)

Robredo’s office, through her flagship anti-poverty program Angat Buhay, has been soliciting donations to provide personal protective equipment for health workers, COVID-19 extraction kits for the Research Institute for Tropical Medicine, food for police and soldiers at checkpoints, and free dormitories for frontliners.

Robredo herself brushed aside Luna’s call for a probe into her office’s work, posting a GIF of herself flipping her hair and saying there was more work to be done. – Rappler.com