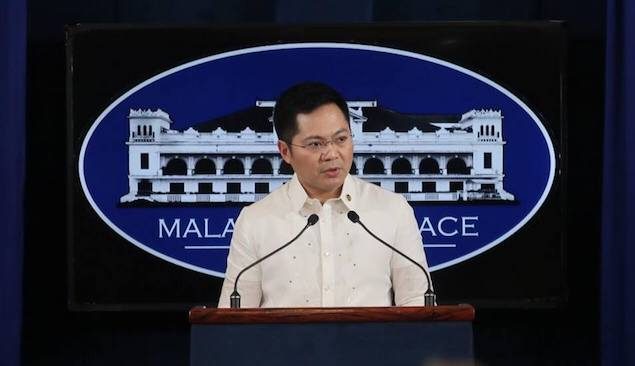 MANILA, Philippines – The government body tasked to address the coronavirus outbreak has threatened legal action against those who discriminate against frontliners, COVID-19 patients, or suspected cases.

Cabinet Secretary Karlo Nograles said in a virtual media briefing on Saturday, April 4, that the IATF “denounces in the strongest of terms acts of discrimination inflicted upon healthcare workers, OFWs, COVID-19 cases, whether confirmed or suspected, recovered or undergoing treatment, as well as patients under investigation and persons under monitoring.”

“Acts in furtherance of discrimination, such, but not limited to, coercion, libel, slander, physical injuries and the dishonor of contractual obligations such as contracts of lease or employment, shall be dealt with criminally, civilly, and/or administratively,” he added.

The IATF issued the warning following  continued incidents of discrimination suffered by health workers as well as confirmed and suspected COVID-19 patients.

Nograles expressed dismay that the IATF even had to remind the public about this.

(It’s disappointing that we even have to say this. The IATF has received reports that health care workers, OFWs, suspected or confirmed COVID-19 patients, PUMs, and PUIs, have been disrespected, harassed, and physically hurt.)

He said the reports that the IATF had received include a nurse who was evicted from her apartment even if she had a valid lease contract, recovered patients barred from their own villages, and overseas Filipino workers who were shunned by their own hometowns because they came from places with coronavirus cases.

Nograles also cited the case of the ambulance driver in Candelaria, Quezon, who got shot in the hand during a heated confrontation because his ambulance – which was parked in his subdivision – was suspected of carrying coronavirus patients. (READ: Frontliner attacked in Quezon for parking ambulance inside subdivision)

“Binabalaan po namin na kakasuhan po namin ang mga taong mapapatunayang gumagawa nito (We will take legal action against those who are proven to be doing this),” he reiterated.

Nograles also said during the Saturday briefing that while there have been such acts of discrimination, many Filipinos have also stepped up at a time of need, and thanked some of the companies that have been working with the government.

He cited  logistics giant 2GO, which is working with the Department of Transportation to set up a floating hospital for 1,500 patients, and a smaller hospital ship that can handle 300 more patients. This is on top of the 1,000 that can be served in the 2GO terminal alone.

Nograles also mentioned the Oriental hotel chain, Villa Amada in Legazpi, and 5 hotels in Naga City that have offered rooms for frontliners.

He also thanked Iglesia ni Cristo Executive Minister Eduardo Manalo for allowing  the entire Ciudad de Victoria in Bulacan – which includes the Philippine Arena, Philippine Sports Stadium, and The Garden Suites – to be used to isolate and quarantine coronavirus cases, and also to host frontliners. – Rappler.com