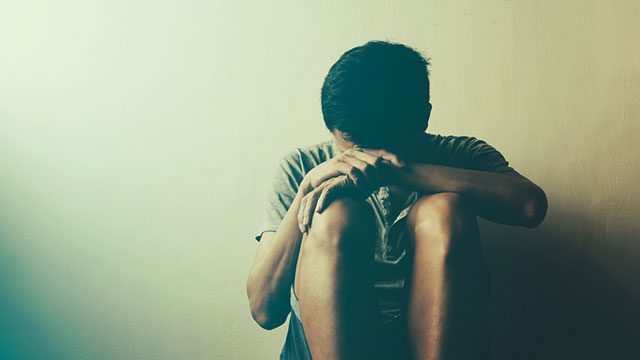 Facebook Twitter Copy URL
Copied
(UPDATED) 'If you look at the composition of psychiatrists in the Philippines, there are only 600 for a population of over 100 million. 400 of those are in Metro Manila,' says psychiatrist Dr Angelo Jesus Arias

This article originally identified Carolina Uno-Reyco as somebody from MentalHealthPH. She is from the Philippine Mental Health Association.

MANILA, Philippines (UPDATED) – With the Philippines poised to endure unprecedented periods of quarantine, isolation, and uncertainty, experts are now bracing for a nationwide mental health epidemic.

As COVID-19 continues its rampant run across Filipino communities, it’s predicted that cases of anxiety and depression will spike and the country’s mental healthcare systems may be totally unprepared.

While it’s still early, psychologist Carolina Uno-Reyco from the Philippine Mental Health Association suggests that data from prior calamities paints a concerning outlook.

“During the time of Typhoon Yolanda, the World Health Organization estimated over 800,000 people suffered from different mental health conditions in the year following the disaster. Of this, 80,000 Filipinos, or 1 in 10, had conditions in need of further medication and support,” she said. (READ: Feeling down? Psychometricians make online test to check well-being during lockdown)

“If we are going to translate that to now, when it’s not just one area affected, but the whole country…the situation is far from ideal. We can certainly expect a surge in mental health conditions, during and after this pandemic,” she added.

Epidemiological data on mental health conditions in the Philippines remains scarce, but a WHO study from 2005 found that, of 10,075 survey participants, over 14% had a diagnosis of depression.

However, with the Department of Health estimating only 88 cases of mental illness were reported for every 100,000 citizens, the true extent of the problem remains horribly murky.

And despite the government ending a decades-long wait for legislation by signing the Mental Health Act into law in 2018, a chronic lack of mental health workers continues to plague the country and could leave thousands with no means to seek treatment or help.

Dr Angelo Jesus Arias, a psychiatrist based in Dumaguete City and a director of the Philippine Psychiatric Association, says the number, and distribution, of mental health workers is the most concerning aspect of the current situation.

“If you look at the composition of psychiatrists in the Philippines, there are only 600 for a population of over 100 million. 400 of those are in Metro Manila. So, mental health and psychiatric care was already a massive challenge for provincial areas and other cities even before the pandemic, let alone now when the risk of succumbing to mental illness is greater,” he said. (READ: What it’s like going for a consultation at the National Center for Mental Health)

“The lockdown itself has also presented a unique burden which just compounds the shortage problem. For example, in our province, the government hospital has a psychiatric facility, but the doctor is from Cebu. He can no longer travel between islands to treat patients in person. That’s a huge loss for poorer people who may not have the means to seek treatment through other sources,” he added.

A common concern, Dr Arias also laments the speed at which mandates from the Mental Health Act are being rolled out, and suggests the country may now pay the price for its sluggish approach to mental health.

“Until now, so many local government units across the country are confused about how to implement the provisions mapped out in the law. There’s also just so much red tape, as well as a confusing set-up of government agencies tasked to rollout mental health services, which includes the Department of Health, the Commision on Human Rights, the DSWD and so on.

“Times like these are when our citizens need local services the most. Unfortunately the infrastructure and services just aren’t there yet. But we could maybe find some hope in the fact that people are spending more time with their families during this period, so they have each other to lean on – that’s the optimistic outlook.” he said.

In an attempt to fill the void – alongside NGOs and other groups offering free counseling sessions online – mental health “tips and explainers” have been virally shared across social media. The National Center for Mental Health’s crisis hotline has also remained open.

But while these efforts provide essential support for many, Dr Melissa Paulita Mariano, a Psychiatry consultant at the East Ramon Magsaysay Memorial Medical Center, believes we shouldn’t allow it paper over the cracks in the country’s approach to mental healthcare.

“Consultations online and via teleconferences are great resources. The groups offering this type of service will provide relief for thousands suffering during this time, including our frontliners who are at high risk of burnout and PTSD.

“But this type of set-up doesn’t really work for middle to lower class citizens who are arguably most affected during times of crisis; physical structures are what’s needed for them, and that’s where the gap is,” she said.

“We also have a situation now, even before the pandemic, where the National Centre of Mental Health was being transformed into a general hospital. So the country’s focal point for mental health treatment and research is potentially being downsized; when, in fact, we need more specialist facilities.” she added.

Assessing how the government could adequately address mental health for the ongoing crisis, Dr Arias says there’s really no way to completely fill the gaps and fix the systemic shortcomings, but a more integrative approach should be adopted to at least attempt to mitigate the fallout in the months ahead.

“Obviously the government has been trying to address the nation’s physical health, scrambling for PPEs (Personal Protective Equipment) to fill hospital shortages and encouraging everyone to stay at home. That’s so important. However, they also need to properly integrate mental health into their pandemic public health plans sooner rather than later,” he said.

“It could at least start with more funding and streamlining the implementation of more robust mental health services in communities to help people cope when things settle down.” he added.

Dr Arias remained assured that he, and other clinicians, will continue to do all they can to treat patients that come their way.  But until the government changes course, the mental health of millions of Filipinos will hang totally in the balance. – Rappler.com