‘Walang maiiwan’: Manila to give P1,000 to families under coronavirus lockdown 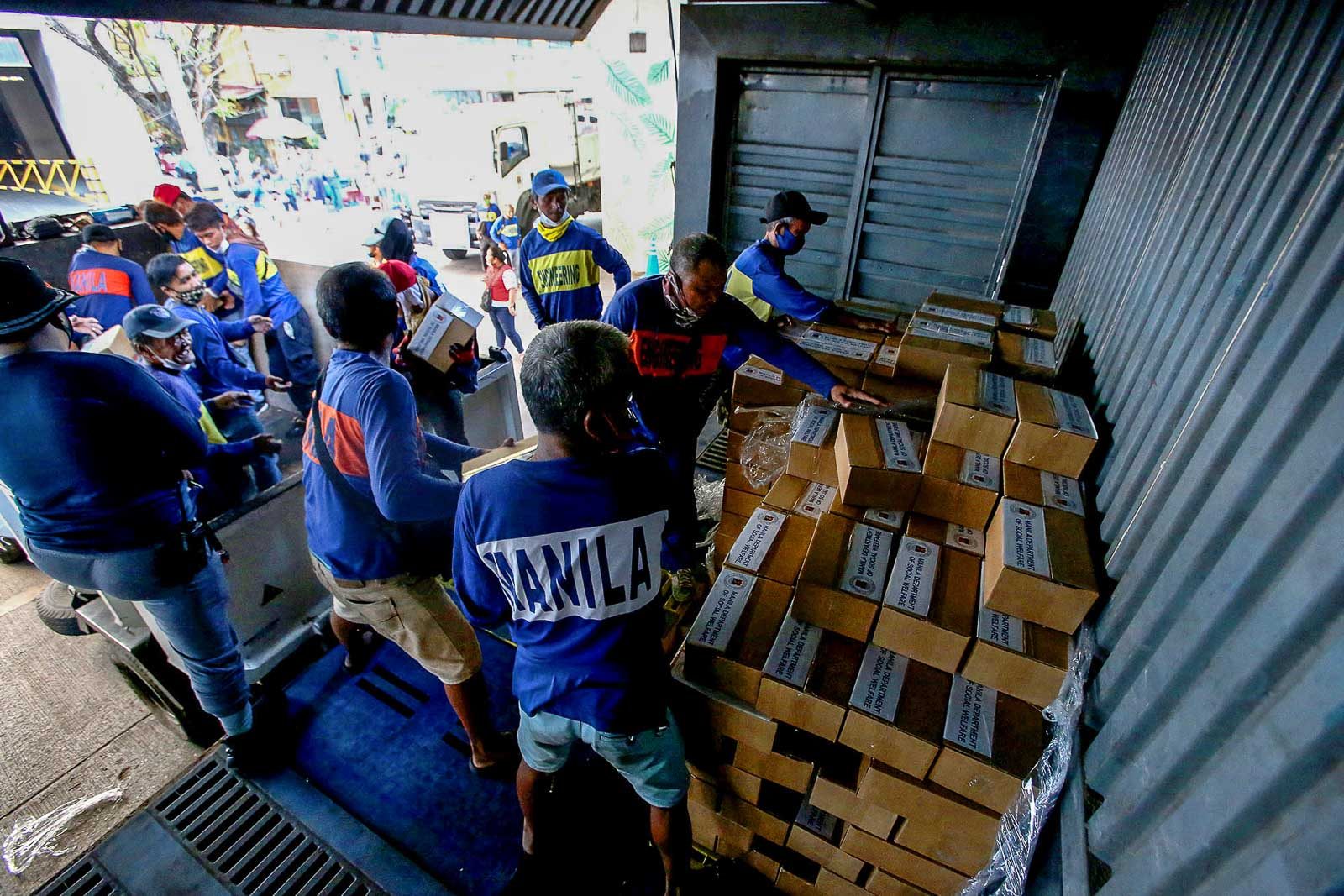 MANILA, Philippines – The Manila City government will give out P1,000 from its own local government funds to 568,000 Manila families, amounting to a total of P591.5 million, to help them get by under the coronavirus lockdown.

Who is eligible? Moreno said families under each barangay were listed by captains of the capital’s 896 barangays. It is unclear if there are other qualifications needed aside from living in Manila.

How will it work? The barangays will send a list of the eligible families under their area to the Manila City government. City Hall would then count the total families and release the funds to the barangays.

The barangays will distribute the funds, door-to-door, to each family. After giving the money, Moreno said barangay officials should give a receipt to the families.

Who will be prioritized? Moreno said they will prioritize releasing money to barangays that have not received relief goods in the past weeks. As of Sunday, the Manila City government has distributed relief goods to only to around 235,000 families in 352 barangays. The families under the 544 remaining barangays will be receive the cash aid first, Moreno said.

Moreno added that even after families receive P1,000, they will continue to give out relief packs. The bottleneck, he explained has been in the production of relief goods by Manila’s suppliers.

The bulk came from the development fund, which was set to be used for beautification and infrastructure projects that Moreno had in store for his vision of renewing Manila’s image.

The challenge now: With the expected pump of cash to Manila families, the government will face the challenge of ensuring that markets are stocked.

Moreno and his fellow officials would also have to ensure that when people flock to the markets, physical distancing guidelines are followed to prevent the spread of disease and possibly even the coronavirus.

Moreno said he will provide updates on the distribution every night on his Facebook page. – Rappler.com