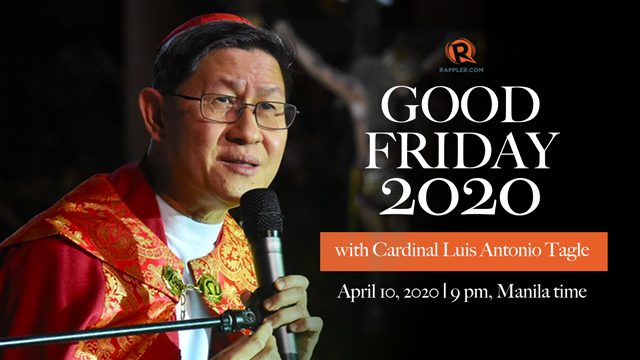 MANILA, Philippines –The Catholic Church turns somber on Good Friday, April 10, when Catholics remember Jesus’ crucifixion and death, made even gloomier this year by the coronavirus pandemic.

Rappler is airing the Good Friday service with Tagle courtesy of the Pontificio Collegio Filippino, “home in Rome” of diocesan priests from the Philippines.

Tagle, 62, is now prefect of the Congregation for the Evangelization of Peoples, one of 9 members of what can be considered the Pope’s Cabinet. He is archbishop emeritus of Manila.

For those who want to replay the homily of Cardinal Tagle, check the video below .