Apr 10, 2020 3:21 PM PHT
Ryan Macasero
Facebook Twitter Copy URL
Copied
The provinces of Bohol, Negros Occidental, and Aklan, as well as the cities of Iloilo and Tacloban extend their quarantines until April 30 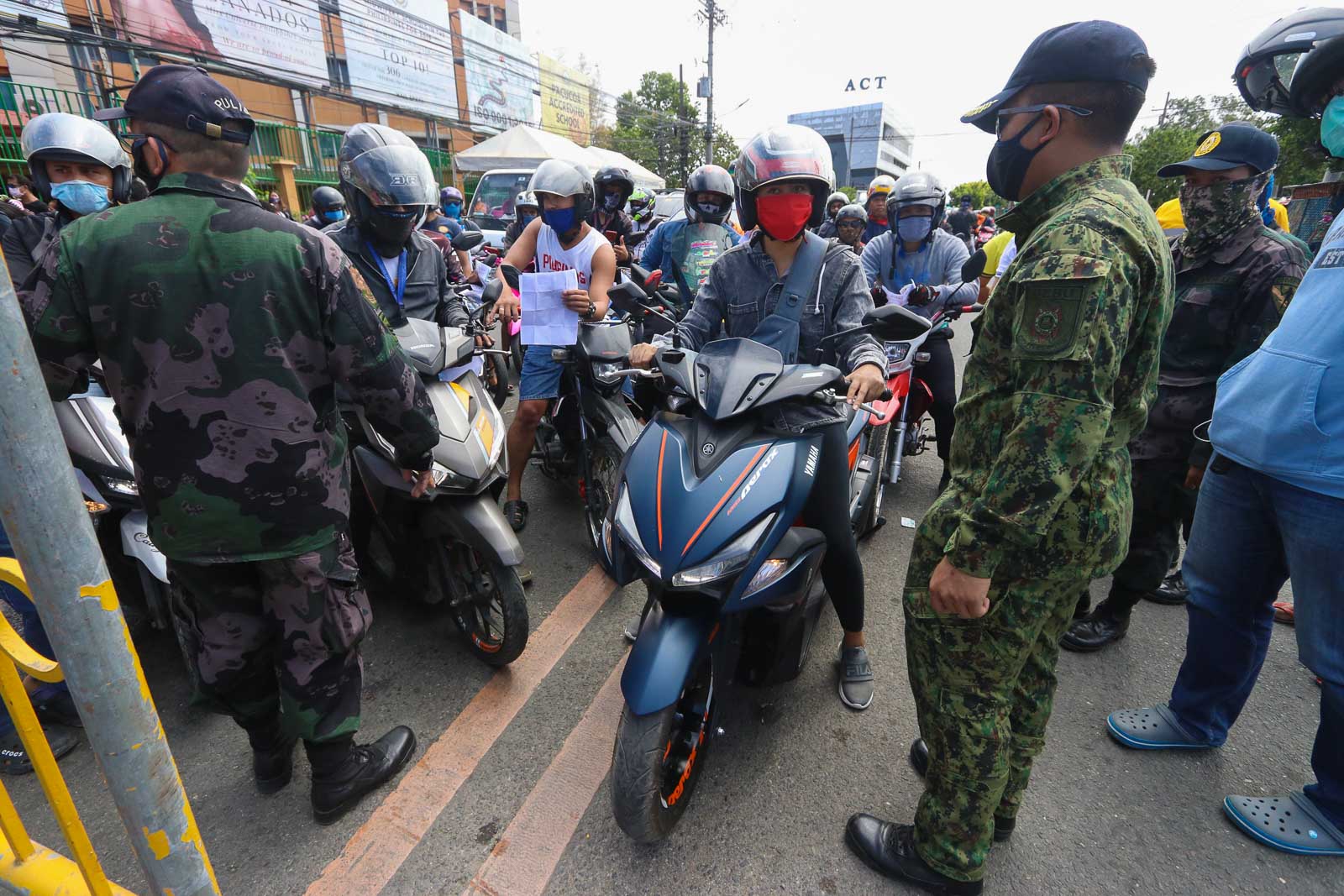 CEBU CITY, Philippines – As more cases of coronavirus infection are confirmed in the Visayas, local government units (LGUs) are extending the periods of their lockdown.

In Bohol, Governor Art Yap has extended the province’s quarantine period, originally set to expire on Sunday, April 12, until April 30.

Also extending their community quarantines until the end of the month are the provinces of Negros Occidental and Aklan, as well as the cities of Iloilo and Tacloban.

Other local government units (LGUs) are not discounting the possibility that they too would prolong their lockdowns.

The Western Visayas has a total of 36 confirmed coronavirus cases so far.

Negros Occidental has extended its lockdown to April 30. It was supposed to expire on Tuesday, April 14.

In Aklan province, 600,000 residents in the province will be under quarantine until April 30, from its original April 14 expiration date. This was based on the recommendation from the province’s interagency task force on infectious diseases.

The province – home to the Kalibo and Caticlan airports – has banned fights to and from mainland China, Macau, Taiwan, South Korea, Cebu, Manila, and Clark.

There are currently 6 patients admitted for COVID-19 in the province.

According to state-run Philippine News Agency, municipal mayors of Antique are also recommending the extension of enhanced community quarantine in their province from April 17 to April 30.

The recommendation from the mayors on Thursday, April 9, came after the province announced its first confirmed case, a man from Parañaque who had been in Antique since March 9.

There are currently 36 confirmed coronavirus cases in Central Visayas; 29 of those are in Cebu province and its capital Cebu City. Only one case had been confirmed in Bohol, a Chinese tourist who had already recovered in Februray.

Although Bohol’s quarantine is not yet an enhanced community quarantine (lockdown), Yap has been signing separate executive orders implementing restrictions that practically mirror the restrictions of a lockdown.

Yap’s measures include limiting the number of persons per household who can go out to buy essentials, implementing a take-out-only policy in restaurants, and a liquor ban. All trips for air and sea passengers are also banned during the quarantine period.

Neighboring Cebu City and the province are on lockdown until April 28 and April 30, respectively. (READ: Cebu province to be placed under lockdown)

Cebu City Mayor Edgar Labella said earlier this week he would not rule out extending the city’s lockdown, but would not decide on it until the expiration.

Cebu Governor Gwen Garcia echoed this, saying it is too early to rule out extending the lockdown of LGUs under her jurisdiction.

Negros Oriental, which has 4 confirmed cases of novel coronavirus, was placed on lockdown from April 3 to 24. Governor Noel Degamo said he was open to extending the quarantine if needed, but has not yet decided on it.

In the Eastern Visayas – where there are 5 confirmed cases of coronavirus – only Tacloban City has extended its enhanced community quarantine to April 30.

In Southern Leyte, Governor Damian Mercado said he was “inclined” to extend quarantine in the province until the end of the month from its original April 14 expiration date, but has not officially released an EO for the extension. – with reports from Marchel Espina and Boy Ryan Zabal/Rappler.com