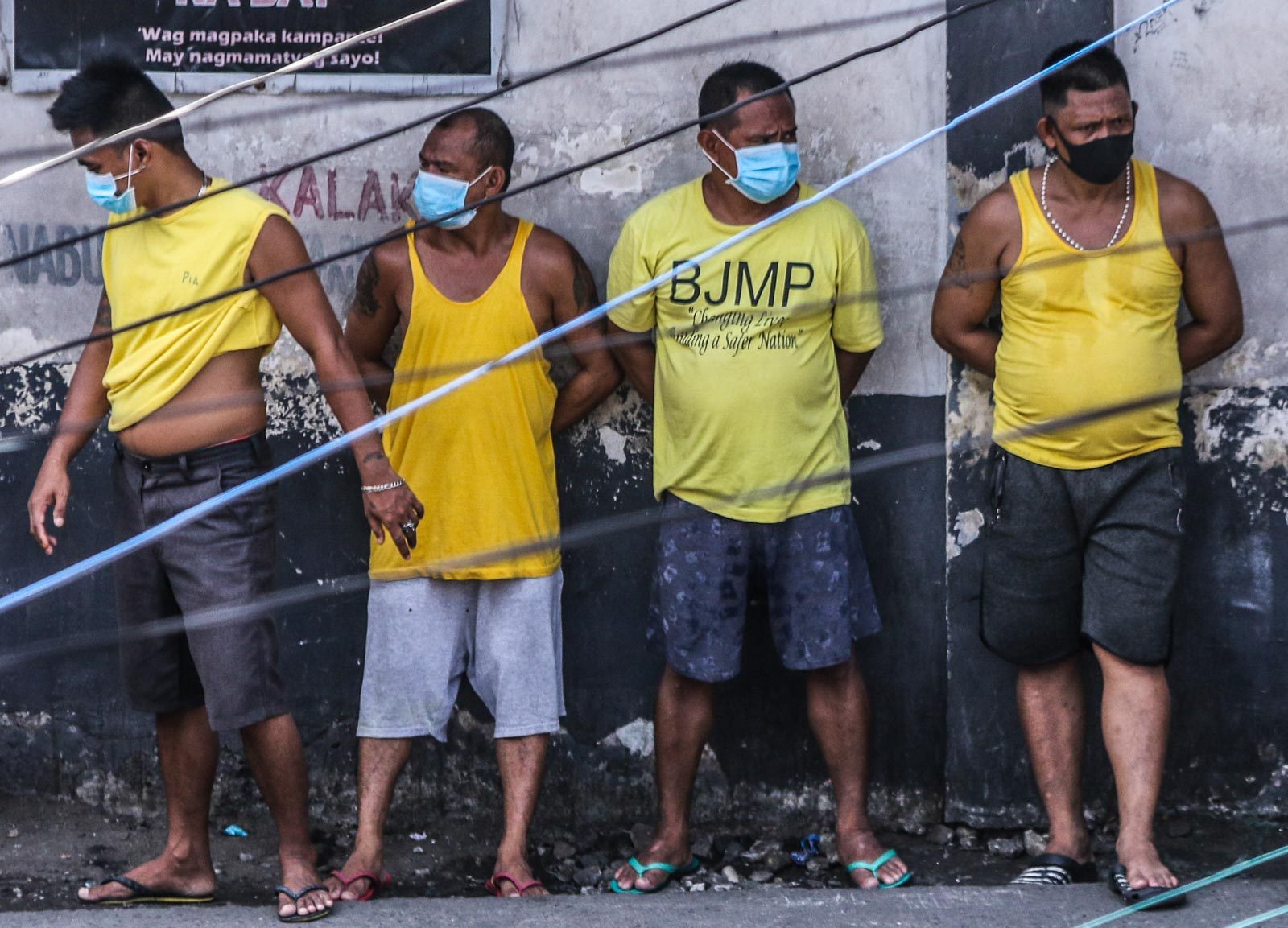 Solda said that as of writing, there are still no confirmed case of coronavirus in all 468 BJMP facilities nationwide.

Solda said in a follow-up phone interview with Rappler that the 21 isolated detainees did not show symptoms but were in contact with a detainee whose recent death is suspected to have been caused by the virus.

Solda said the detainee was not tested for coronavirus before the death; the detainee has also been cremated. The detainee died of acute myocardial infraction – a kind of heart ailment, and hypertension.

“Taking the attending physician’s point of view, citing possible COVID 19 as a contributing condition is a piece of information that we cannot take lightly,” Solda earlier said.

The swabbed samples of the detainees were sent to the Department of Health (DOH) for testing. The BJMP has no testing kits of their own yet.

The BJMP has completed a coronavirus isolation facility in its new jail site in Payatas, Quezon City.

Solda said the BJMP has a national management team that coordinates all actions of their facilities nationwide.

(The BJMP is very transparent, PDLs have access to media, they can watch TV, listen to the radio and they receive important information on how to protect themselves.)

In support of temporary release

As calls to temporarily release sick, elderly, and low-risk prisoners mounted, the BJMP said in a letter to the House Justice Committee that it supports such recommendation but that it can only release detainees via a court order.

Solda told Rappler on Monday: “I want to reiterate that as far as the BJMP is concerend, number one, we will fully support any move of decongesting of any facilities, number two, we will only follow orders from the court.”

Solda, as well as Interior Secretary Eduardo Año, earlier expressed apprehensions over this idea, saying detainees were “safer inside” jails. Solda also earlier said there is worry that the detainees might commit crimes again once released.

The BJMP said it will welcome its inclusion, if ever, in the ad hoc committee to establish guidelines for such releases.  – Rappler.com