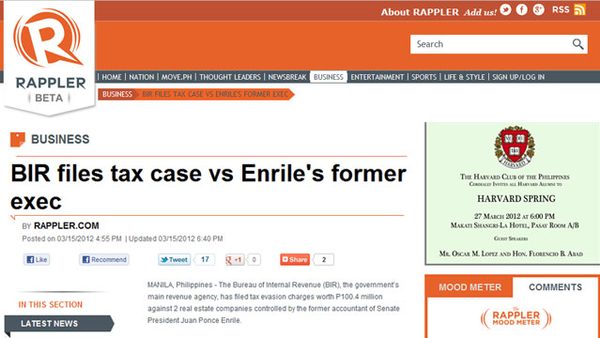 The Bureau of Internal Revenue has targeted two real estate companies controlled by the former accountant of Senate President Juan Ponce Enrile. It has filed tax evasion charges worth P100.4-M against Virkar Realty Corp and Woodheights Realty and Development Corp, along with their corporate officers. BIR Commissioner Kim Henares led the filing of the cases at the Department of Justice. Among those named as respondents were Nora Bitong and Reynaldo Bitong. The former used to be a top executive of the Jaka Group of Companies, the Enrile family’s holding firm engaged in, among others, real estate. More in Rappler.