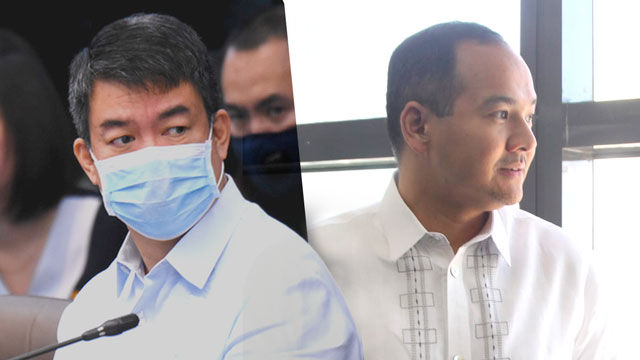 MANILA, Philippines (UPDATED) – The Department of Justice (DOJ) on Tuesday, April 14, issued a subpoena to Senator Aquilino “Koko” Pimentel III over a complaint for violation of the notifiable diseases law when he breached the government’s quarantine protocols.

Malcontento said the preliminary hearing is tentatively set for May 20, assuming that the  Luzon-wide enhanced community quarantine (ECQ) had been lifted by then. The lockdown, which was supposed to end on April 12, was extended to  April 30.

Commenting on the DOJ subpoena, Pimentel said: “My lawyers will do what is necessary. I will defer to them.”

Rico Quicho, former law dean of the University of Makati, and the one who filed the complaint, said he has been ordered by the DOJ to personally appear before prosecutors to swear on his complaint under oath.

“Just received an Order from the DOJ to appear within 5 days from lifting of ECQ and to file hard copy of Complaint vs Koko Pimentel together with Annexes and to swear under oath,” Quicho said in a Facebook post.

Quicho had sued Pimentel for violation of Republic Act No. 11332, also known as the Mandatory Reporting of Notifiable Diseases Act, which punishes under Section 9(e) the non-cooperation of “person or entities identified as having the notifiable disease.” (READ: Ex-law dean offers help in suing Pimentel for quarantine breach)

Pimentel had flu symptoms on March 14 and was tested for coronavirus on March 20. As such, he should have been under quarantine until March 28.

But on March 25, the senator went to the Makati Medical Center with his wife Kathryna – who was due to deliver their child. (TIMELINE: When Pimentel tested positive for coronavirus)

Pimentel got the positive test results on the same day.(READ: Angara recovers from coronavirus)

The Makati Medical Center had slammed Pimentel’s actions as irresponsible and reckless. The hospital also had to disinfect the ward visited by Pimentel, further affecting already limited hospital resources.

The DOJ investigation is separate from the National Bureau of Investigation (NBI) probe into Pimentel.

The DOJ was earlier criticized for refusing to act on Pimentel’s breach, saying it needed a complaint to be filed first.

The DOJ, or the NBI, can do investigations on its own initiative. – With a report from Aika Rey/Rappler.com