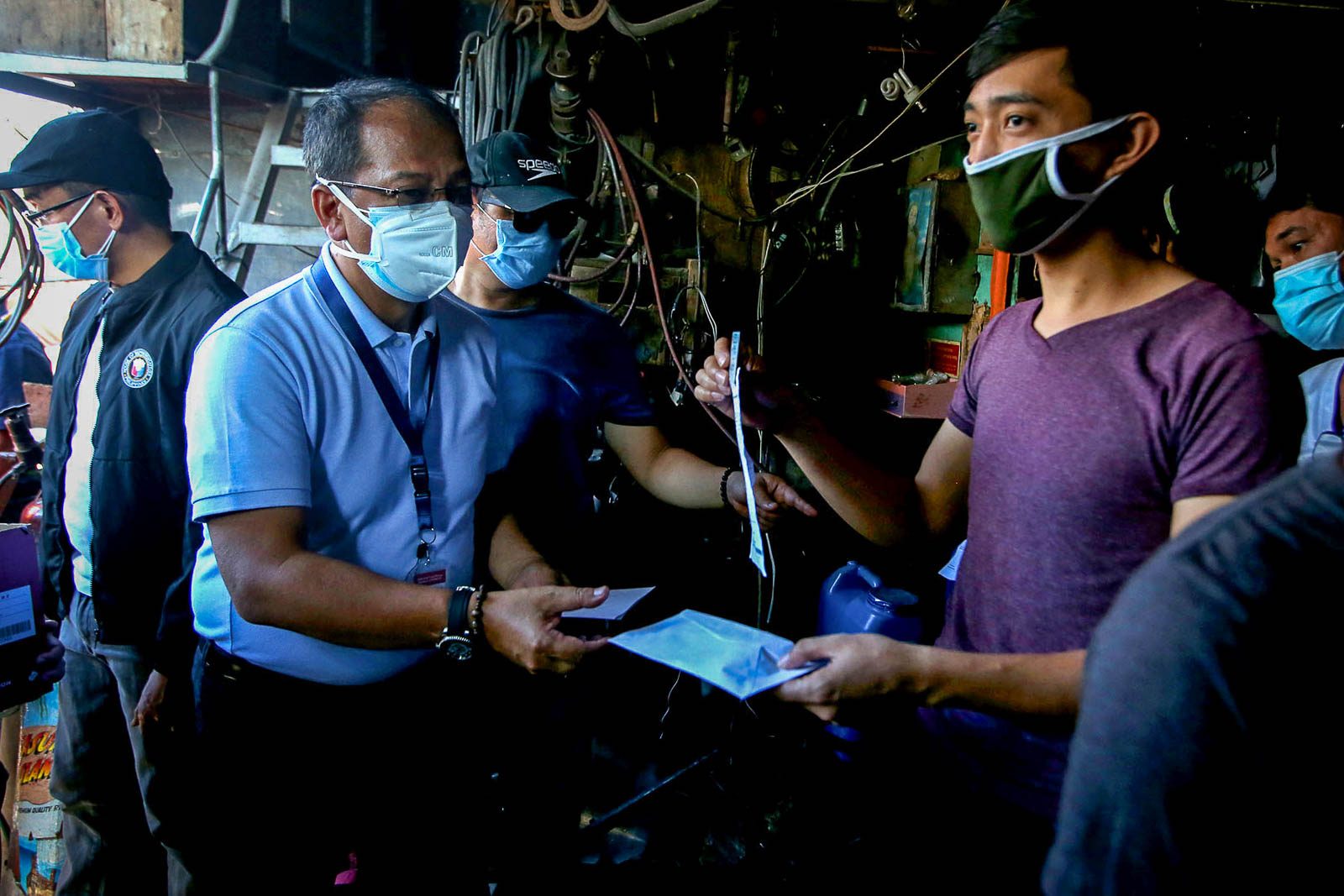 Facebook Twitter Copy URL
Copied
In its 'appeal to the nation,' the DSWD also seeks the public's understanding on how it prioritized the recipients of its emergency subsidy program, saying these people need help to 'survive this crisis'

MANILA, Philippines – The Department of Social Welfare and Development (DSWD) has requested local government units (LGUs) to fund emergency subsidies for poor families who were not included in its list.

The DSWD requested this in its “appeal to the nation” on Wednesday, April 15.

“For the LGU constituents that are not covered by the social amelioration program cash assistance of the government but are included in the lists of their respective mayors, may we kindly request the mayors and their councils to look into their council’s finances, savings, programmed projects for the year that are to be implemented which can be deferred, and other possible sources of funds that are available to them, which can be used to fill in the gap of their additional beneficiaries being requested from the DSWD so that they can come up with the same amount as dictated by the regional wage rates of their area in an amelioration program of their city or municipality,” it said.

The DSWD made the appeal two days after it said that families in need who were not on the government list can appeal with local social welfare offices through their LGUs.

DSWD spokesperson Irene Dumlao said on Monday, April 13, that DSWD field offices would assess the appeals and that the department would coordinate with economic managers to sort out budgeting matters. This was not mentioned in the Wednesday statement.

President Rodrigo Duterte had also promised aid to poor families who were not on the government list.

The Bayanihan to Heal as One Act mandates the government to provide financial aid to 18 million poor and vulnerable families further disadvantaged by the coronavirus pandemic through the Emergency Subsidy Program (ESP). The DSWD said this number is based on the 15 million families included in the 2015 Listahanan – its data collection system that identifies the poorest households in the country, along with 3 million more families based on population growth.

In its appeal on Wednesday, the DSWD also asked the public to understand that the ESP prioritized the poorest who need help the most to “survive” the economic impact of the coronavirus pandemic.

“Let us try to understand the plight of our poor brothers and sisters…to receive the social amelioration program cash assistance. These poor vulnerable households depend on their daily income to survive and are totally hand-to-mouth survivors,” it said.

“The poor informal sector members of society have nothing, are not educated, have undernourished members, have no opportunities, and were born on the other side of the tracks, so to speak. Some of them are trying to get out of that bondage. Let’s help them survive this crisis,” the DSWD added.

The DSWD said it also “understands the plight of salaried workers from the middle class.” It said that the government was working on a P51-billion subsidy program to aid micro, small, and medium enterprises (MSMEs).

As of Monday, Malacañang reported that there were still 195 cities and municipalities that could not access the DSWD emergency subsidies, as they were still in the process of crafting memoranda of agreement with the DSWD.

As of 8 pm on April 14, the DSWD disclosed that it had transferred P57.8 billion of its P200-billion ESP funds to LGUs. At least P12.4 billion of this was transmitted to Metro Manila LGUs.

DSWD Secretary Rolando Bautista earlier acknowledged “gaps and shortcomings” in the implementation of the ESP. Local officials had raised issues about the program, including the mismatch between the number of people eligible for the subsidy and the number approved by the government.

In the case of Pasig City, there was an original estimate of 206,000 families eligible for the ESP, but only 93,000 were approved. Mayor Vico Sotto  said on Sunday, April 12, that the city government was working to provide a single handout of P8,000 to the 113,000 excluded families.

Other local officials with less funds have been struggling to attend to  families who were excluded from the list.  (READ: Duterte chaos leaves barangay officials ‘helpless’ amid lockdown)

The country is under a state of calamity due to the novel coronavirus outbreak. Luzon is under lockdown until April 30, while other parts of the country have also implemented lockdowns to curb the spread of the virus.