NEGROS OCCIDENTAL, Philippines – Thousands of live and cuckling 45-day-old broiler chickens made their way to the homes of quarantined residents of Sagay City in Negros Occidental.

Distribution started in 3 city barangays on Wednesday, April 15. A total of 7,764 live chickens were given away to residents of barangays Rizal, Campo Himoga-an and Lopez Jaena.

Mayor Alfredo Marañon III said the city decided to purchase live chickens as an alternative to canned goods to give residents options.

Sagay City is the latest among local government units to buy relief goods from local farmers and producers, a move widely welcomed by city residents who were all smiles as they carried the chickens to their homes.

The province extended the timeframe of its enhanced community quarantine until April 30 to stem the spread of the novel coronavirus. It has 11 confirmed coronavirus cases, including one death, as of Thursday, April 12. 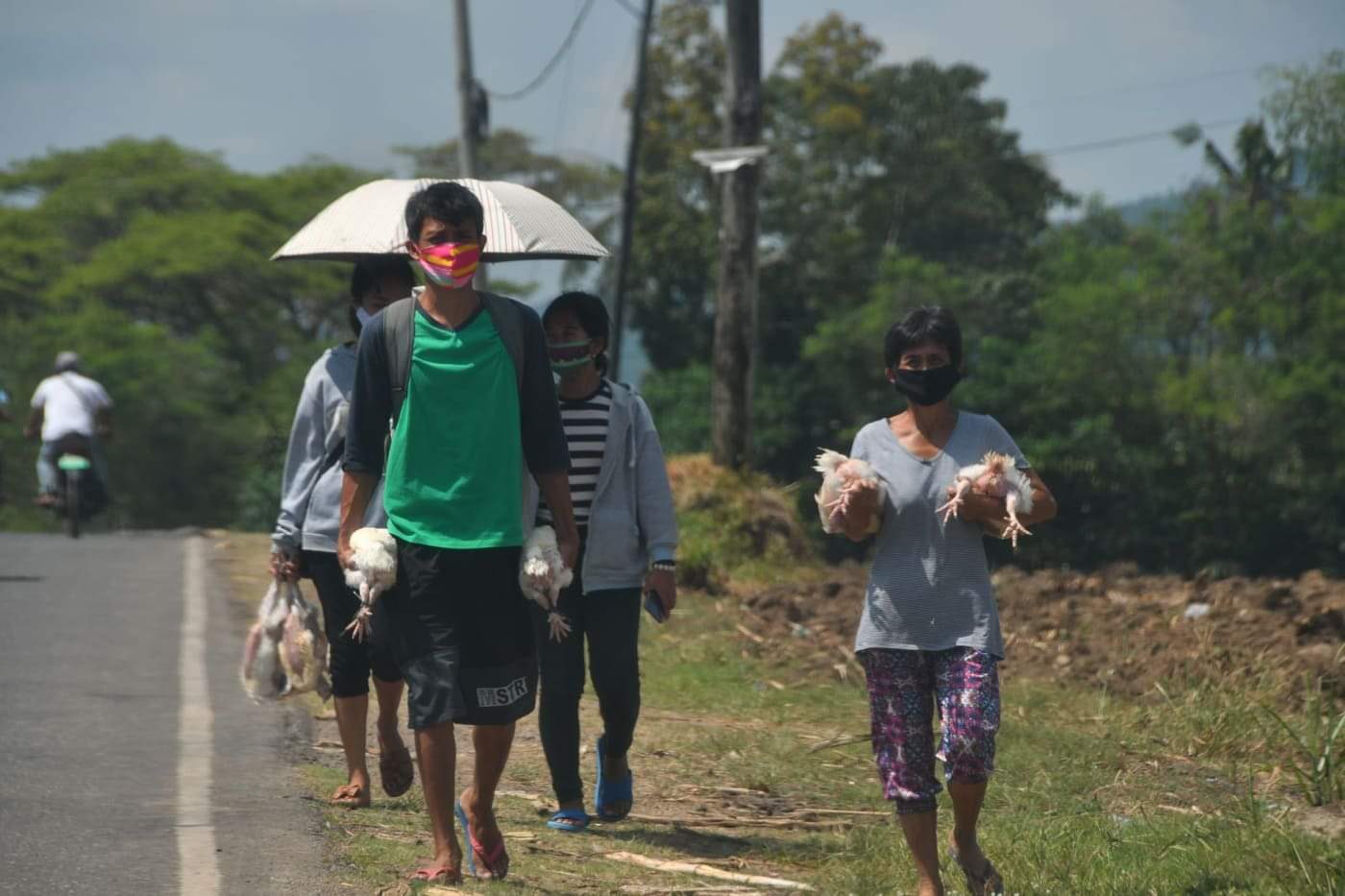 The city bought some 80,000 broiler chickens or about P125 each from one of the commercial farms in the province.

It’s the third wave of relief packs distribution to its 25 barangays. Each of the city’s more than 40,000 families will be given two chickens and 5 kilos of rice, he said.

Gamao said the city will complete the distribution by April 22.

Barangay leaders will need to adapt measures to ensure physical distancing will be observed during the distribution, however.

Gamao said there were instances when it was neglected during the distribution in the first 3 barangays. – Rappler.com