14 senators call on Duque to resign over ‘failed’ coronavirus response 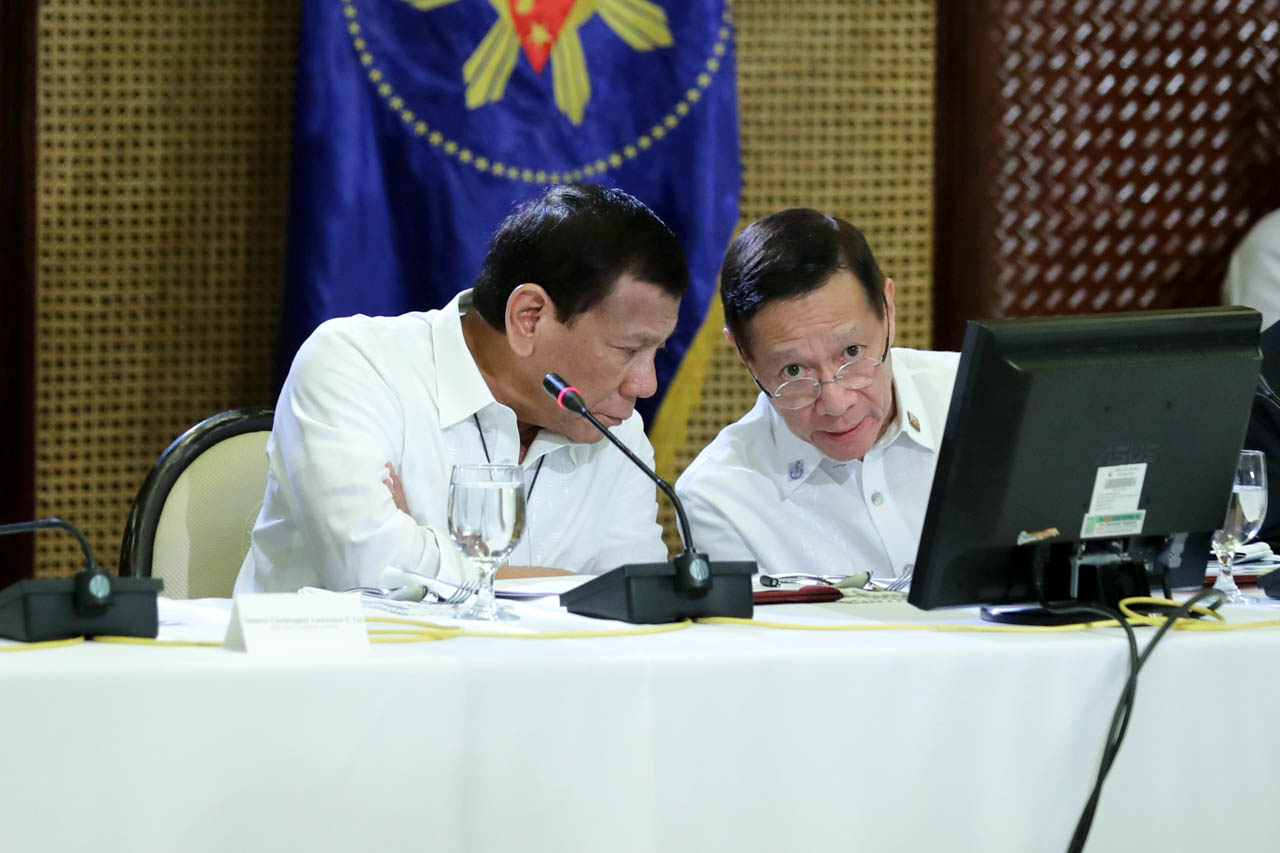 MANILA, Philippines (4th UPDATE) – Majority senators called on Health Secretary Francisco Duque III to resign over his “failure of leadership” in the country’s response to the coronavirus pandemic.

At least 14 senators co-authored Senate Resolution No. 362, calling for Duque’s resignation for his “failure of leadership, negligence, lack of foresight, and inefficiency in performance.”

This, they said, led to “poor planning, delayed response, lack of transparency, and misguided and flip-flopping polices and measures” in addressing the pandemic.

The following senators signed the resolution:

Senate President Pro-Tempore Ralph Recto was supposed to be among the signatories to the resolution but he was not able to send his e-signature on time.

Angara, who recently recovered from the coronavirus disease, said that there should be a change in health policy when dealing with the pandemic.

“Senators, as people’s representatives, have been observing and are severely disappointed with the response of DOH to this big crisis,” Angara said.

He said in Filipino that the country needs a “more pro-active leadership against the virus.”

Lacson said that “nobody” was against the resolution among the senators. Of the majority senators, the following were not co-authors of the measure:

Lacson told reporters that Sotto invited the minority senators – through Senate Minority Leader Franklin Drilon – to join the resolution but Drilon supposedly responded that “he’ll pass” on signing the resolution.

Rappler reached out to Drilon for comment but he had yet to respond as of this posting.

Pangilinan, meanwhile, said that he would have signed the measure had it been routed to them.

Lacson said that other senators who wish to be co-authors of the measure can simply manifest their interest when the chamber starts deliberating on it on the floor.

Pangilinan said in a statement that he supports the resolution and that he had called out Duque for his “failure of leadership” on the coronavirus outbreak as early as February, when the Senate probed the government’s response against the virus.

(Duque denied responsibility during the Senate hearing and blamed his staff in DOH. It’s the first time that I saw a Cabinet Secretary blaming his employees for the failures of the agency.)

(It’s been a while since we were under a state of national emergency. We need a quick assessment of the problem, fast decision-making, and even swifter action. Whoever replaces him should have these qualifications.)

Villanueva, meanwhile, said that the Philippines cannot afford indecisiveness at this time.

“We cannot allow our response to the COVID-19 pandemic to continue like this. Our efforts on contact tracing and mass testing came in late, while we called our health workers to arms without the proper equipment to protect themselves,” Villanueva said.

“We expect our public health leader to show everyone he has the necessary qualities to lead the response effectively because our own people’s lives are at stake here. Every decision matters,” he added.

Pangilinan suggested that Duque be replaced by Philippine General Hospital director Gerardo Legaspi or former health chief Manuel Dayrit. Lacson, meanwhile, said that it’s still up to the President as the appointing authority.

Duterte, however, was not inclined to replace Duque. Executive Secretary Salvador Medialdea said on Thursday that the President ordered Duque to remain in his post.

In late January, Duque had similarly advised against a travel ban on China, only to reverse that decision days after. The government banned foreigners coming from China, Hong Kong, Macau, and even Taiwan, although briefly.

In February, a Senate hearing bared gaps in contact tracing. It was revealed that the DOH was only able to trace 17% of the passengers who may have come in contact with the Philippines’ first two coronavirus cases.

The Philippines is among the riskiest countries to be in during the coronavirus pandemic, according to a recent analysis of global pandemic data.

As of Wednesday afternoon, the Philippines had 5,453 coronavirus cases, 349 of whom died. At least 353 have recovered from the virus.