Apr 17, 2020 1:32 AM PHT
Rappler.com
Facebook Twitter Copy URL
Copied
The spread of COVID-19 cases in Davao City’s neighboring areas and as far as Northern Mindanao was traced to the Matina Gallera cockfight derby in March 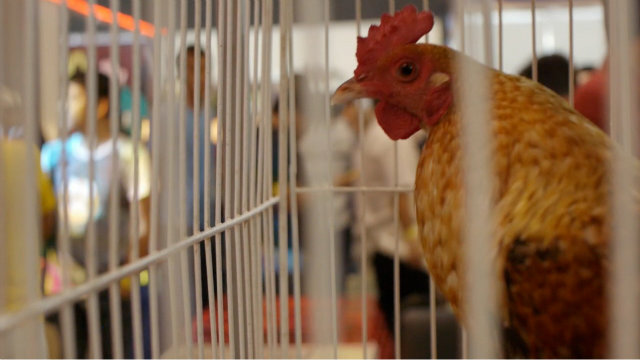 DAVAO CITY, Philippines – The Davao City local government has banned cockfights, including big time derbies, along with other forms of gambling.

“We had a consensus – me and the majority of the city council – that the city will no longer allow cockfights to happen within its jurisdiction,” Mayor Sara Duterte said on Thursday, April 16.

Small Town Lotteries (STL) is among the other forms of gambling banned by the city government.

Duterte explained that like STL, cockfights are also accessible to the poor, which eventually affect their finances when they use their resources as bet money.

Aside from this, a week-long cockfight derby at the Matina Gallera in March became the reason for the spike in Davao City’s coronavirus cases. Majority of the COVID-19 deaths in the city were also linked to the derby.

The spread of COVID-19 cases in Davao City’s neighboring provinces and even as far as Northern Mindanao was traced to the Matina Gallera event.

The exact number of people who attended the derby is not clear but the Regional Epidemiology Surveillance Unit (RESU) in the Davao Region said it has listed down more than 3,000 individuals connected to the week-long event.

As of Thursday, the DOH Davao Region has recorded a total of 96 people who tested positive for COVID-19, of which 16 have died while 54 have recovered.

Duterte, meanwhile, asked residents here not to abuse the Food and Medicine (FM) Pass, which the city government issues to family heads so that they would be able to go out and buy essentials for their families.

She said that to make sure that people will stay home, the city government has started using a number-coding scheme on the use of the FM Pass.

Duterte directed the Davao City Police Office (DCPO) to implement the extended Enhanced Community Quarantine (ECQ) and control the number of people who will be allowed to go out of their houses starting Saturday, April 18.

Under the number-coding scheme, FM passes with control numbers starting with 1,3,5,7, and 9 can only be used by the holder on Mondays, Wednesdays, and Fridays.

FM passes with control numbers 2,4,6,8, and 0 can only be used on Tuesdays, Thursdays, and Saturdays.

No FM passes are scheduled on Sundays, which was why Duterte said she expects the city’s streets to be empty.

Only front-liners are exempted from the number coding scheme.

“I hope the people will understand because we are the carriers of the virus, we are moving around and spreading the virus. This is why we need to stay in our homes so we do not get the virus,” she said.

Colonel John Kirby Kraft, the city police director, said that the police had set up 46 control points near wet markets and grocery stores all over the city to check and ensure that FM passes are used according to the number-coding scheme.

He said violators will be charged with disobedience under the Bayanihan Act Heal As One law. This law gives President Rodrigo Duterte, the mayor’s father, special powers to deal with the coronavirus outbreak. – Rappler.com