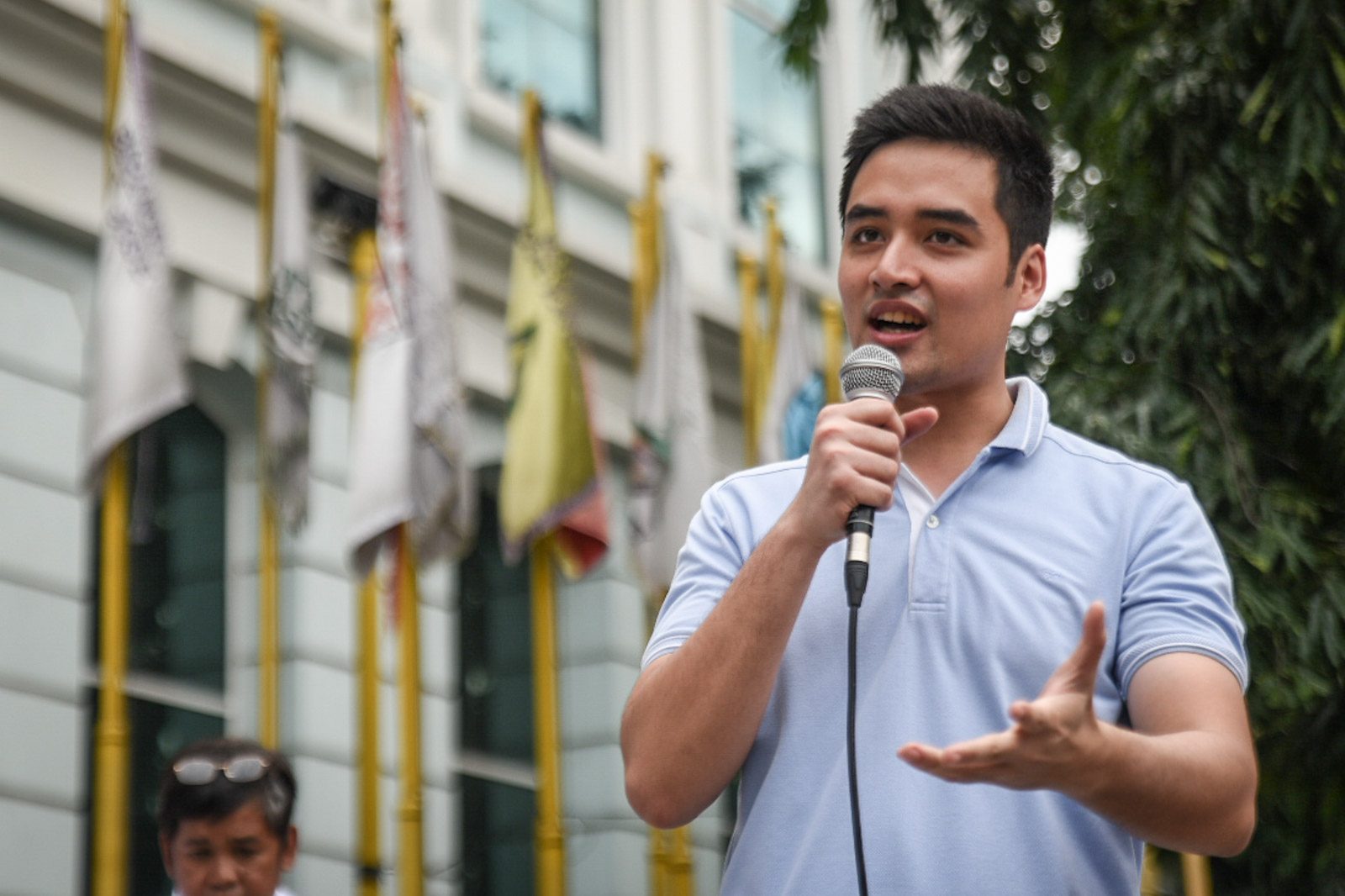 Facebook Twitter Copy URL
Copied
The Pasig mayor admits it’s been difficult to get people to stay home in some parts of the city, and if the military can make people take the lockdown more seriously, then why not?

MANILA, Philippines – It might be too early to end the lockdown, at least in Pasig City, with coronavirus cases still on the rise, said Mayor Vico Sotto on Wednesday, April 22.

With 266 confirmed COVID-19 cases in Pasig as of Tuesday, April 21 – up from 205 confirmed cases a week earlier on April 14 – the local outbreak showed no sign of slowing down yet.

“We see here in Pasig, it might be a little bit premature to lift the enhanced community quarantine. Parang sayang (It might be a waste), if we lift it now, when there is still a high number of cases, an increasing number of cases every day. Then why did we have that quarantine in the first place?” Sotto said in a virtual forum hosted by the Foreign Correspondents Association of the Philippines.

Although the increase in the city’s coronavirus cases “has not been exponential,” Sotto said it may be because the city has not tested enough suspected cases and close contacts to get a more accurate picture of the outbreak in Pasig.

An official partnership with The Medical City, a private hospital accredited by the Department of Health for COVID-19 testing, has enabled Pasig to do a total of around 350 tests a day – up to 50 polymerase chain reaction or PCR tests and 300 rapid tests.

Sotto said the city government expects to have some 100 close contacts of confirmed COVID-19 patients tested within the week, so that the local health office can move on to testing “high risk sectors” such as health workers and senior citizens next week.

The city government will not put a “ceiling” on the number of tests it plans to do each day, and the goal is to test as many people as possible for the coronavirus, the mayor added.

The national government is currently considering extending, modifying, or lifting the lockdown of Luzon island after it lapses on April 30. Top health policy experts consulted by President Rodrigo Duterte and the Inter-Agency Task Force (IATF) on Emerging Infectious Diseases said the lockdown has been considerably successful in slowing down the outbreak.  They said extending it, at least in certain areas, would certainly help “flatten the curve” of infections, which is not expected to decline until after May or June.

However, the government is also under pressure to resume economic activity as millions of Filipinos cut off from their income sources begin to feel the crunch.

The Pasig City government is in the middle of distributing the national government’s emergency subsidy to some 93,000 low-income families. About half of the beneficiaries have already received the first of two installments of P8,000 in cash aid.

The city is supplementing the aid program with its own one-time handout of P8,000 to at least 160,000 other families not covered by the national government’s emergency subsidy. It also rolled out cash grants for transport drivers and market sellers who have been unable to work because of the lockdown.

“Of course, we need to balance it with the economy. The economy is taking a hit both nationally and locally, so we need to really do a balancing act,” Sotto said.

The city government is planning an economic stimulus package for local businesses to be rolled out in the tail end of the lockdown and immediately afterwards, said Sotto without getting into detail as it is still “in the planning stage.”

But even now, many people already seem unable to remain at home, whether out of sheer boredom or the need to do some work in order to earn money.

In many parts of Luzon and other areas on lockdown, the police have apprehended and even arrested thousands of violators. Reports of police brutality and alleged abuses, underscored by pronouncements from Duterte that the police or military may “shoot dead” lockdown violators, have sparked rumors that the government is about to impose a stricter “total lockdown.”

On Thursday, April 16, Duterte said he would order a military-driven “martial law-like” lockdown if people didn’t stay indoors, and the military said it was preparing to deploy more troops in case the President does issue such an order.

Sotto said help from the military in getting people to stay home would be welcome, adding he sees nothing wrong with military presence in itself.

“First of all, here in Pasig, there has been no presence of the military so far. If ever in the future, the national government says, ‘we’ll help you with military presence,’ I don’t see anything wrong with that per se. It depends on what’s actually going to happen,” Sotto said in the forum.

There are pockets of Pasig that are “very difficult to control,” where peace and order officers work hard to enforce the lockdown, only for residents to step out of their houses again “30 minutes after the officers are gone.”

In some Pasig barangays, neighborhoods are so congested and the houses so cramped, people tend to spend a lot of time outdoors under normal circumstances. It’s a habit that hasn’t gone away even with a pandemic at hand.

“We can’t watch everyone 24-7. So if stricter measures and even military presence would come, not necessarily to make arrests but just to show people that we’re serious about this, then I think we should keep an open mind,” the Pasig mayor said.

“If we see that they’re doing their jobs properly and they’re not breaking any laws – okay, a little bit of intimidation maybe – but what are they actually doing? Then there shouldn’t be a problem with that. But of course, we have to watch carefully,” he added.

Sotto touched on the stigma surrounding the term “martial law.”

But would Pasig City call for a total lockdown? Sotto said it was not for the local government to decide whether to extend, tighten, or ease the lockdown, and that he would “defer to the wisdom of the IATF” on the matter.

What is certain, though, is that he would never order the closure of markets, grocery stores, and other food establishments.

“We can’t have people starving at home,” Sotto said.

Duterte is expected to announce a decision on Thursday, April 23, on what policy will be enforced after April 30, when the Luzon lockdown is set to end. – Rappler.com