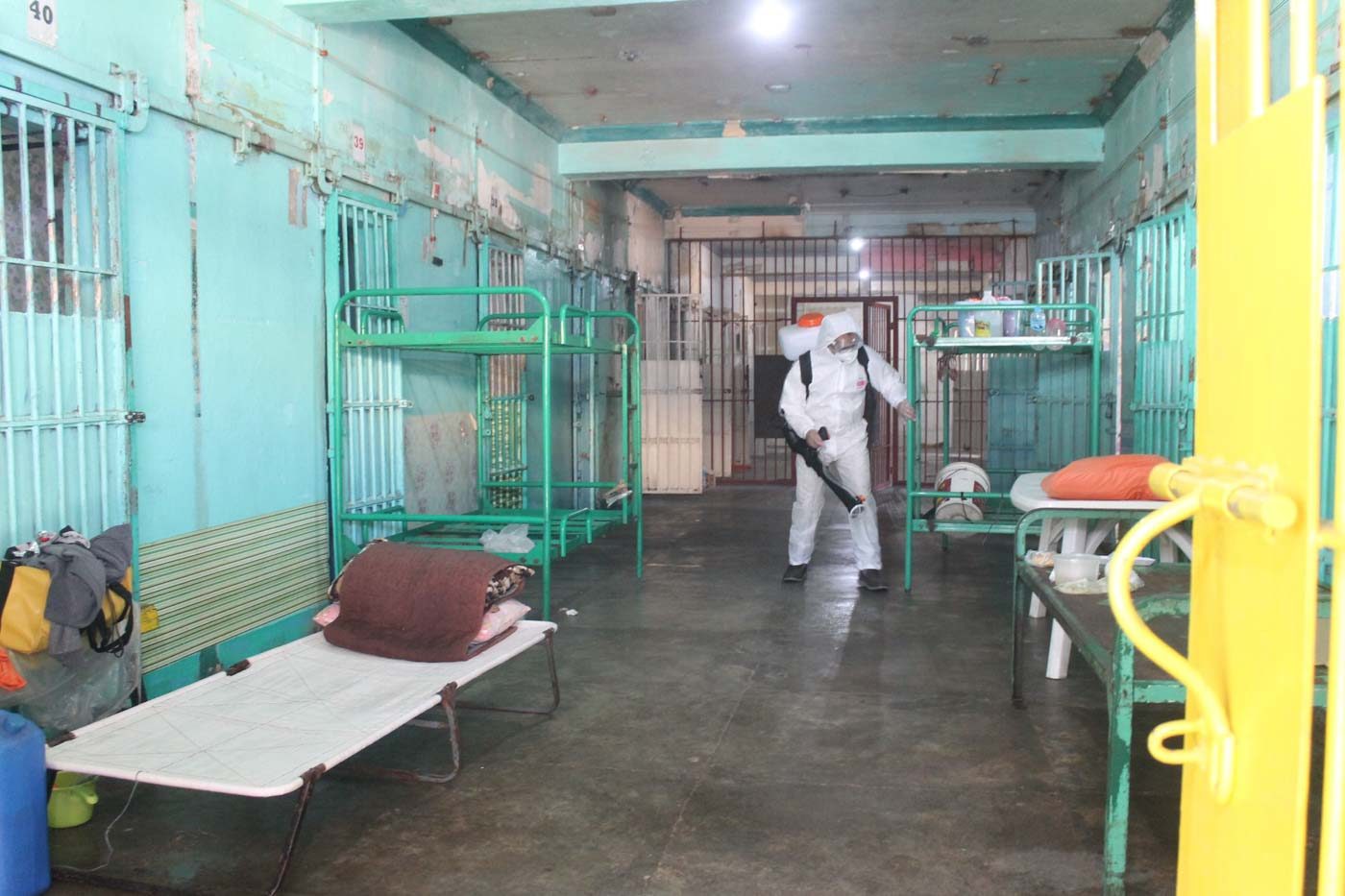 Facebook Twitter Copy URL
Copied
The Bureau of Corrections says 40 other convicts are in isolation, while jail medical staff who had contact with the patient are considered suspected cases

MANILA, Philippines – At least one inmate of the overly congested New Bilibid Prison (NBP) has tested positive for coronavirus, the Bureau of Corrections (BuCor) announced on Thursday, April 23.

The BuCor said the inmate was confined at the Bilibid Hospital on April 17, then transferred to the Research Institute for Tropical Medicine (RITM) on the same day.

“COVID-19 test performed turned out positive. The patient is still confined at the RITM as of today. He is the first Person Deprived of Liberty (PDL) from the NBP to be confirmed positive of the COVID-19 virus,” BuCor said.

After contact tracing, BuCor said it has put 40 other convicts in isolation.

“Medical staff who attended to the PDL patient are also considered as suspects and are now under quarantine,” it added.

Bilibid has a congestion rate of 337%.

Bilibid has an solation facility within its premises in Muntinlupa City called “Site Harry.”

The 18 of the 19 inmates from Correctional Institute for Women (CIW) in Mandaluyong who tested positive for coronavirus, those with mild symptoms, were transferred there on Wednesday, April 22.

Muntinlupa City Mayor Jaime Fresnedi has protested this move, saying it did not have prior consultation.

“Upon confirmation of the COVID-19 positive result, the PDLs earlier identified as having been exposed to the patient and who were subsequently isolated were finally transferred to the bigger quarantine area at ‘Site Harry’ where they will be monitored more effectively while awaiting to be tested for COVID-19 virus,” said BuCor.

The Department of Justice (DOJ) has eased the process for applying for parole and executive clemency, but the new rules exclude heinous crime, high-risk, and drug convicts.

The Supreme Court is still deliberating on a petition for the humanitarian mass release of eligible prisoners. – Rappler.com