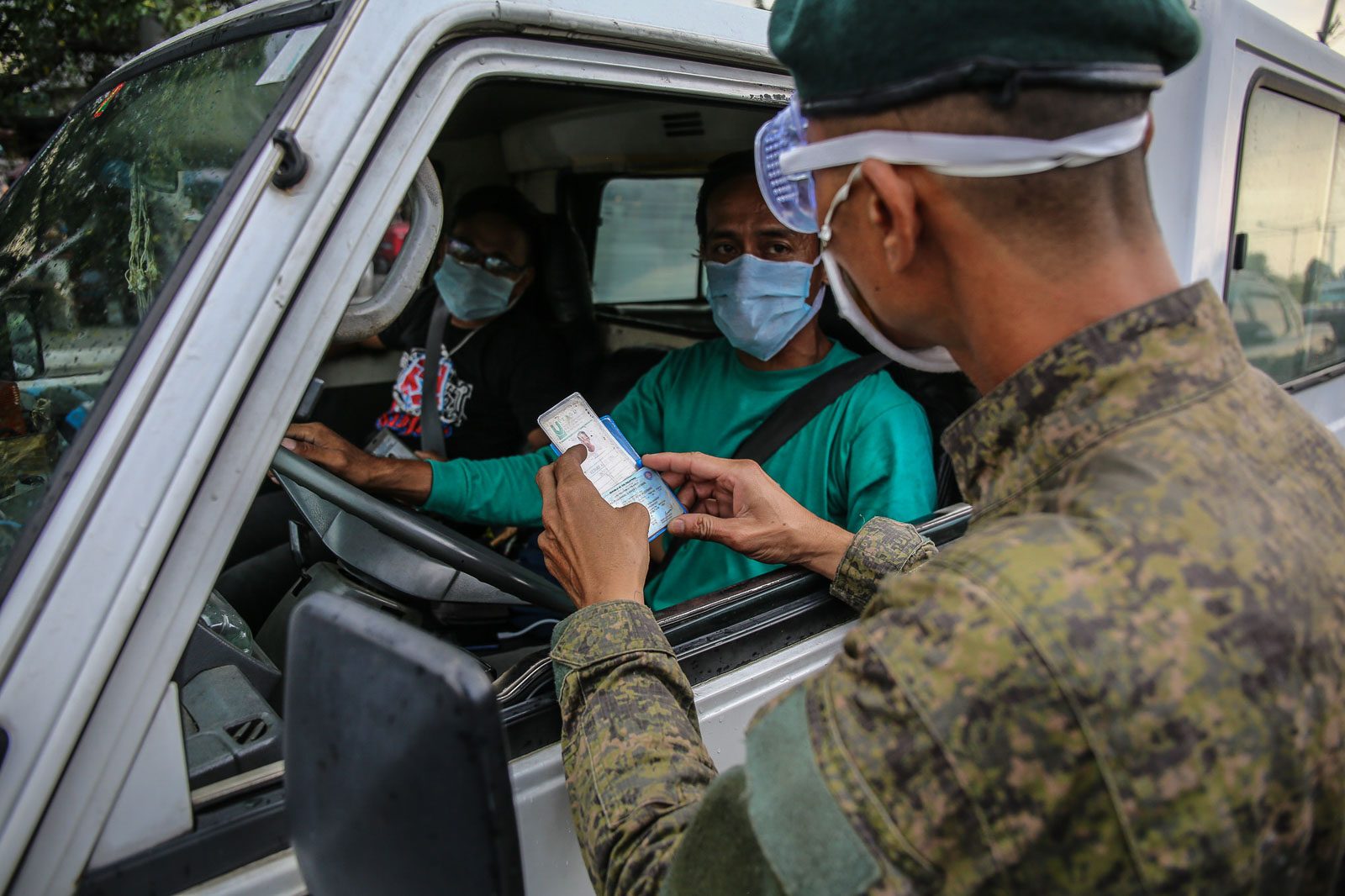 MANILA, Philippines – The Department of Budget and Management issued orders Wednesday, April 22, calling on government agencies not part of the coronavirus response to cut down spending not related to the pandemic.

The DBM’s belt-tightening order came out ahead of President Rodrigo Duterte’s mentioning in a speech the severe effect on government coffers of the pandemic response.

DBM’s National Budget Circular Number 580, said that effective April 1 it would no longer release 35% of the appropriations in the government’s P4.1-trillion 2020 budget.

Affected by the DBM order are government departments and their attached agencies, including State Universities and Colleges and government-owned and controlled corporations.

In a taped address on Friday, April 24, the President said that the government was running low on cash because it hardly had any revenue due to the coronavirus lockdown.

DBM’s latest circular, in effect, focuses government expenses to the funding needs of the pandemic response.

The DBM circular also ordered a further 10% cut in the funds alloted for maintenance and operating expenses (MOOE) and capital outlays (CO).

Avisado also ordered cutting down on at least 10% of the costs on consultancy services, consumption of utilities (fuel, water, electricity, etc) and supplies and materials, and trainings and seminars expenses, among others.

No allotments will also be released for new programs, including congressional insertions flagged by the DBM. Also included are items the DBM identified as “not likely” to be implemented within 2020.

The DBM required government agencies to submit not later than April 30 on how much will be affected by the new circular.

Despite the grim scenario from the President’s speech, Finance Secretary Carlos Dominguez III  assured the public that there would be enough cash, though this would be funded by borrowings.

On Friday, the Asian Development Bank approved a $1.5 billion loan (P76.12 billion), the “largest support ever to the Philippines” they said, which will be used to finance the  coronavirus crisis.

Prior to the issuance of the circular, Duterte had declared some P397 billion worth savings from the 2020 budget, of which some P352 billion has already been released to agencies, Dominguez and Avisado said on Friday.

The President also floated the idea of requesting for a supplemental budget on Friday, despite the country’s precarious fiscal state.

Dominguez said that the government does not have enough authority to spend, even as the Bayanihan to Heal as One Act allowed the President to augment programs using savings from existing appropriations.

Section 4(v) of the Bayanihan Act allows the executive to do away with the original purpose of a program so that these unspent balances can be used to bolster the coronavirus war chest. This same section is the basis of the new budget circular. (READ: Funding the fight vs the coronavirus)

But Avisado said that the government should also “consider the possibility” of a second wave of virus outbreak, just like what happened in Singapore.

“‘Pag nagsecond wave pa’no ‘yon? (What will happen if there’s a second wave?) We have to come up with a forward planning and that would require a lot of funding. The new normal will provide more jobs to the people,” Avisado said on Friday.

Senate President Vicente Sotto III on Friday told reporters that they have yet to receive the official supplemental budget request from the executive, but that they are “ready” when Congress resumes on May 4.

Apart from the floated supplemental budget, the Congress is prioritizing the economic stimulus package which was not covered by the Bayanihan Act. – Rappler.com