Apr 25, 2020 12:53 PM PHT
Ben Nabong
Facebook Twitter Copy URL
Copied
Cops arrest 44 Chinese and 9 Filipinos in a house in Parañaque that was being used to run an illegal POGO operation 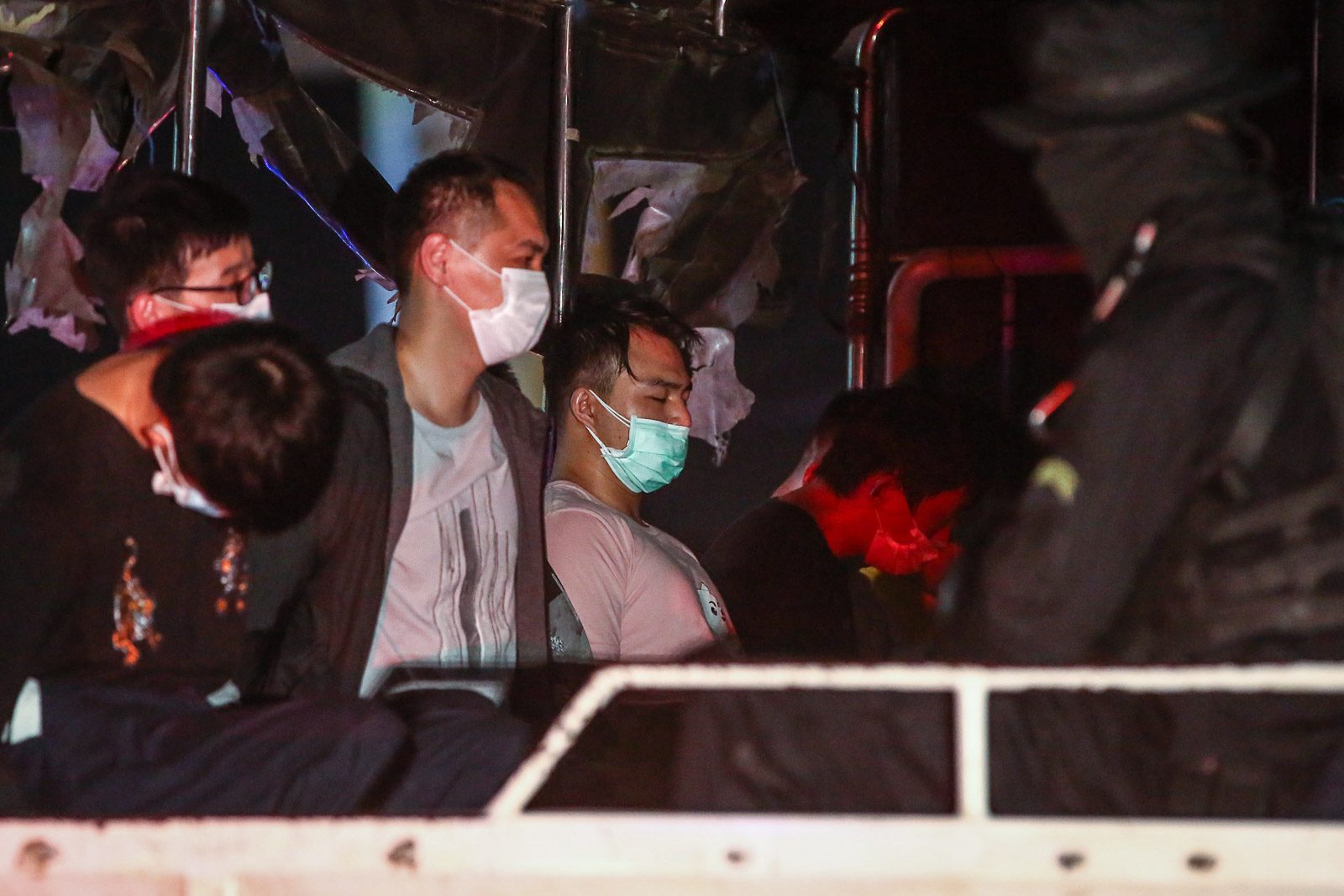 MANILA, Philippines – Police busted an illegal Philippine offshore gaming operator (POGO) in Parañaque City on early Saturday morning, April 25, leading to the arrest of 53 people, most of whom were Chinese.

Police said the 44 Chinese and 9 Filipinos were brought to the Parañaque police station for further questioning.

Parañaque City Police chief Colonel Robin King Sarmiento said that police received a report that some “armed civilians” were loitering in Barangay Tambo in violation of the lockdown curfew, and a mobile patrol was dispatched to the area to check the report.

Sarmiento said the police noticed that the men seemed to have concealed weapons and when they approached the men, they started running to a nearby house and went inside. The police followed them. Once inside the house, police discovered more Chinese who were allegedly working for an illegal POGO operation.

“So pagpasok nila, nakita nila sa loob mayroon palang nagtratrabaho at nagooperate pa rin. Doon sa mga dokumento initial nating nakita, POGO operations pa rin ito (So when they got in, they saw people who were still  working and operating. Based on the initial documents that we saw, it was a POGO operation),” Sarmiento said.

Some of the Chinese who were arrested showed IDs and certificates of employment from various POGOs. Sarmiento said Skyluck Corporation, Sky Dragon Global Technology, Dragon Wealth System, and Dragon Global were a few of these companies but upon investigation, none of them were registered with the local government.