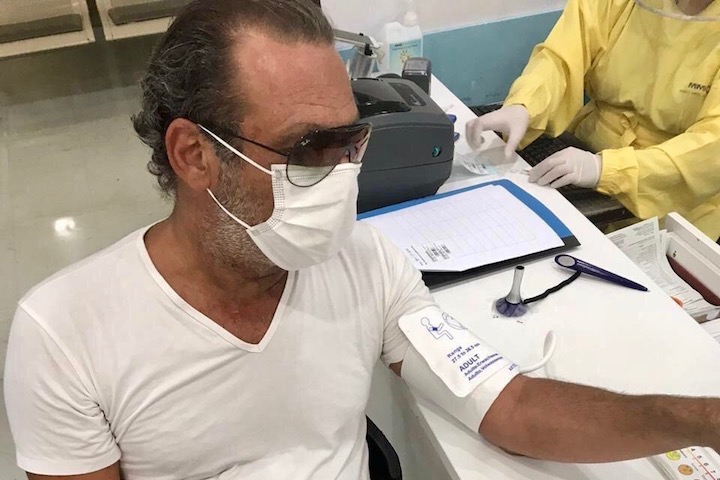 An internal report by the NCRPO to PNP chief General Archie Gamboa obtained by Rappler recounted the incident from the police’s perspective.

According to the report, Makati cops have been called to regularly patrol the posh village by Dasmariñas Barangay Captain Rosana Hwang. This led to them “chancing upon” the house helper of Parra not wearing a face mask while watering their house plants.

She went inside Parra’s house, after which he came out to confront them.

“With no apparent reason someone from inside the house identified as Mr Javier Parra and Mrs Abegail Salvador his wife went outside. Hence, Mr Parra argued regarding the advise (sic) of the police officer and even challenged the authority and how to properly implement ECQ (enhanced community quarantine),” the report said.

What happened next? Cops captured a video of Parra without his permission, which documented the argument. In the video, an incensed Parra is seen repeatedly shouting at cops to leave his house.

In a video taken by Parra’s wife recorded at a later portion of the incident, the cop is seen arresting Parra by tackling him to the ground. It is unclear if the policeman read Parra his rights before attempting to make the arrest.

Parra’s wife then begged the police to stop, telling them that Parra had a severe back injury and that being pushed to the ground was dangerous to his health.

The cop relented and allowed them to enter their home. (READ: If you’re arrested or detained, know these rights)

“My lawyer is studying the case right now,” Parra told Rappler in a text message on Monday, April 27.

Parra said he will pursue a criminal case and will be represented by the Makati-based Falcon Law Offices. He is already gathering evidence for their case.

The encounter is the latest in a series of reported incidents of alleged police abuse. On April 19, cops stormed the Pacific Towers Plaza in Taguig City and were seen to act aggressively to enforce quarantine guidelines. Retired Supreme Court associate justice Antonio Carpio said policemen in the Taguig incident violated the law for entering without a court-issued warrant.

On April 21, a former military man, Winston Ragos, was shot dead by a cop in Quezon after being suspected of violating quarantine rules and allegedly threatening the cop’s life.

Was there a violation? No law or regulation states that you or your companions must wear face masks in your own private property to prevent the spread of the novel coronavirus. (READ: Luzon lockdown: What are the do’s and don’ts?)

The government’s regulations on wearing a face mask in public spaces were put in place to prevent the transmission of diseases, including COVID-19. But Parra pointed out that their house help was tending to the plants alone in their house and could not have been at risk of disease.

In previous instances where people have argued with cops, the police have used Article 151 of the Revised Penal Code on resistance and disobedience to a person in authority, punishable by a fine not exceeding P100,000 and imprisonment of up to 6 months.

Parra said in the police video that cops should instead focus on other areas where the government has been struggling to enforce physical distancing measures. – Rappler.com