Number of PH health workers positive for coronavirus rises to 1,245 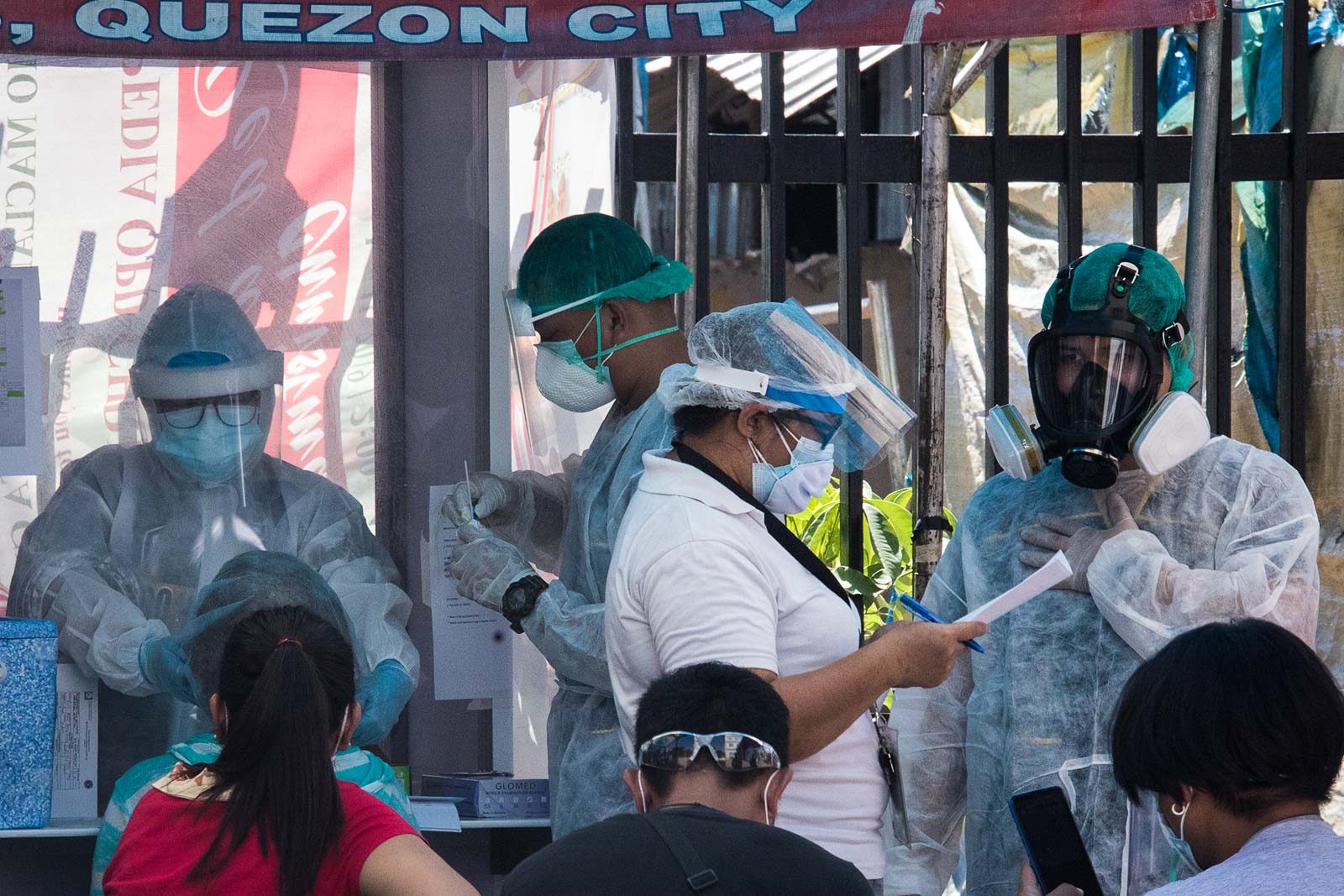 Facebook Twitter Copy URL
Copied
The Department of Health says that of the confirmed cases, 27 have died

MANILA, Philippines – The Department of Health (DOH) on Monday, April 27, said there are now 1,245 health workers who have tested positive for the coronavirus disease, many of them doctors and nurses.

DOH Undersecretary Maria Rosario Vergeire said of the total number of health workers confirmed to have the virus, 471 are nurses, 464 are doctors, and 69 are nursing assistants.

There were 27 who have died from the disease, the DOH said – 21 of whom were doctors, and 6 nurses.

The DOH offered its condolences to the families of health workers who died treating coronavirus patients in the front lines of the pandemic.

The World Health Organization earlier said it saw a “worrisome trend” with the high number of infections among health workers in the Philippines.

In a Reuters report, Abdi Mahamud, the COVID-19 incident manager for the WHO Western Pacific region, earlier pointed to the possible lack of adequate protective gear in the country, where 7,777 cases were found as of Monday.

The government has since purchased at least a million personal protective equipment (PPE) sets for health workers and announced some 10,000 PPE would be produced daily by local manufacturers.

Prior to that, medical workers had relied on donated PPE and for several weeks, sounded the alarm on the lack of PPE crucial to ensuring their safety when treating coronavirus patients. – Rappler.com