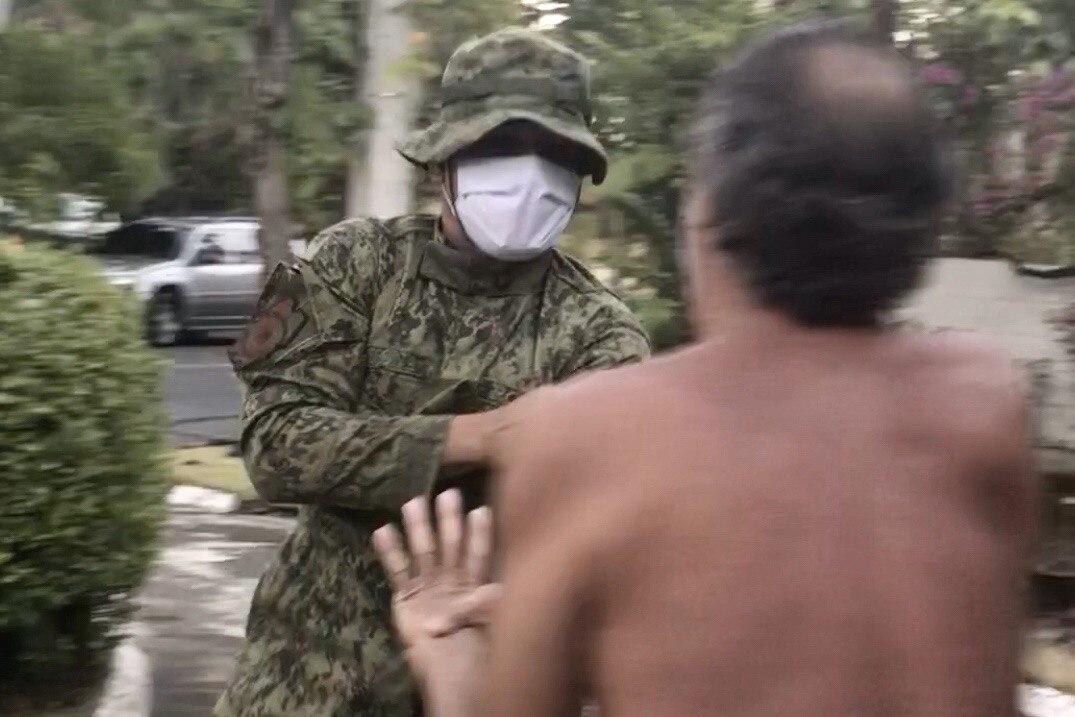 This was confirmed to Rappler by Makati police chief Colonel Rogelio Simon on Tuesday, April 28, who said they were accusing Parra of committing the following violations:

The complaint stems from the police’s encounter with Parra on Sunday afternoon when he confronted a cop, Senior Master Sergeant Roland Von Madrona, after the law enforcer tried to fine him P1,000 for allegedly allowing his house help to water their plants without wearing a face mask.

Parras shouted and cursed at Madrona for his enforcement of the face mask rule, saying that his house help was inside their property and that she was alone in tending the plants. Police said she was outside the property.

Madrona eventually decided to arrest Parra, tackling him to the ground. Parra’s wife, Abegail Salvador, kept on screaming at Madrona to stop, eventually persuading him by saying Parra had a severe back injury.

Parra is planning on suing cops in return. His lawyers, he said, are still studying the case.

No law or regulation states that a person or his companions must wear face masks in their private property to prevent the spread of the novel coronavirus. (READ: Luzon lockdown: What are the do’s and don’ts?)

The encounter is the latest in a series of reported incidents of alleged police abuse. On April 19, cops barged into the Pacific Plaza Towers in Taguig City and were seen acting aggressively to enforce quarantine guidelines. Retired Supreme Court associate justice Antonio Carpio said policemen in the Taguig incident violated the law for entering without a court-issued warrant. – Rappler.com