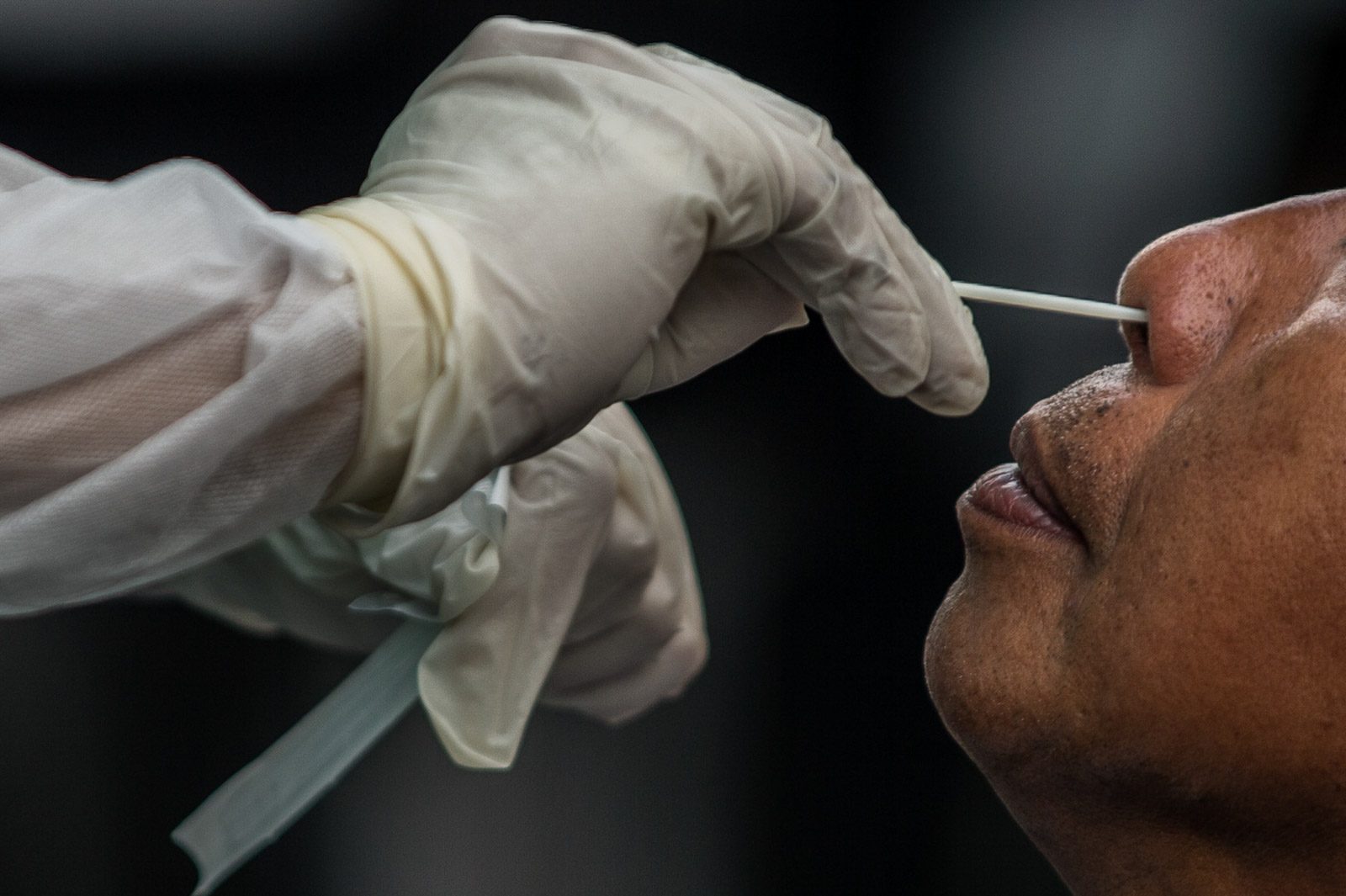 Facebook Twitter Copy URL
Copied
The Department of Health says that the target may be attained later on, as more test kits arrive in the country

MANILA, Philippines – The Philippines is likely to miss its target of 8,000 coronavirus tests per day by the end of April, as the Philippines’ current testing capacity stood at just more than half of that number, the Deparment of Health (DOH) said on Wednesday, April 29.

Results for tests using the GeneXpert kits can reportedly be given in 45 minutes – way faster than the real-time polymerase chain reaction (RT-PCR) test kits being used by DOH-accredited testing hubs, which have a turnaround time of 24 hours.

Vergeire said that as of Tuesday, April 28, the Philippines’ testing capacity for the virus averaged at around 4,900 per day.

Vergeire cited the scaling down of operations at the Research Institute for Tropical Medicine (RITM) – the country’s main testing center for the coronavirus –  as one of the reasons why the Philippines would not likely reach its April target.

On April 21, the RITM said that 43 of its employees contracted the virus, prompting it to scale down of the country’s main coronavirus testing center to 2,700 from 4,000. A week later, the RITM announced the full recovery of 38 the personnel, and the stable condition of the rest.

In a press briefing on Tuesday, Vergeire said that the RITM was gradually getting back to its original testing capacity.

With more testing kits expected to arrive in the coming days, Vergeire said the target may be attained later on.

In early April, the government coronavirus task force had set an even higher target – 20,000 daily tests by April 27.

The experience of other countries like South Korea, which has become a model for COVID-19 management, showed the importance of mass testing in stemming the spread of the virus.

The Philippines, which has a population of over 100 million, currently has 18 testing centers for COVID-19.

As of Tuesday, the Philippines recorded nearly 8,000 coronavirus cases, including 530 deaths and 975 recoveries. – Rappler.com