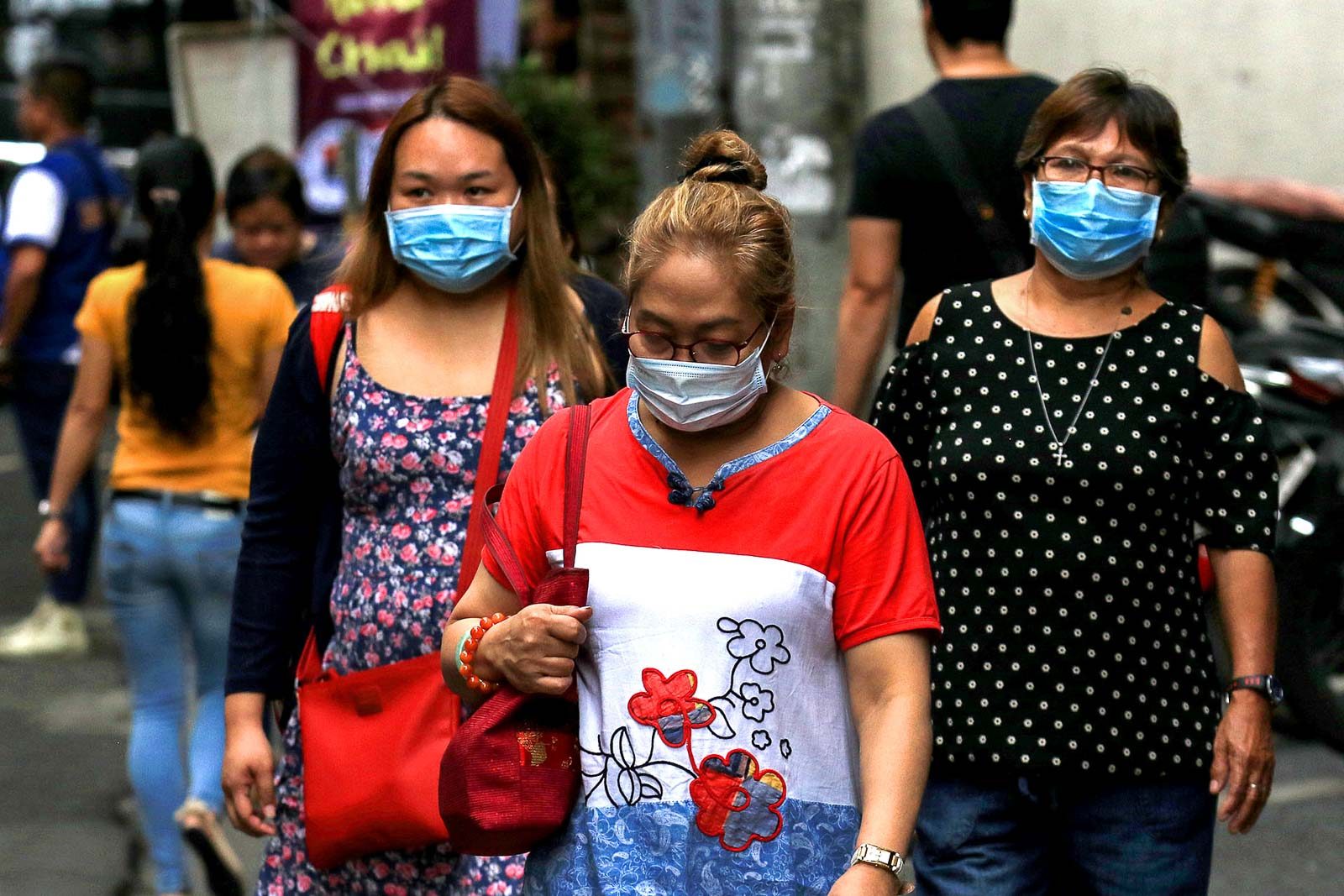 Facebook Twitter Copy URL
Copied
Many people refuse to open the borders and allow outsiders to enter their provinces, including fellow residents who are stranded elsewhere and have waited for weeks to return to their homes

Many people refused to open the borders and allow outsiders to enter their provinces, including fellow residents who were stranded elsewhere and have waited for weeks to return to their homes.

The Philippines recorded 8,212 coronavirus cases, including 558 deaths, since the outbreak began. It continued to record three digits of new cases daily. On Wednesday, April 29, the country reported 254 new cases.

In Bicol region, Naga City Mayor Nelson Legacion took a beating online after allowing a plane carrying government contractors from Metro Manila, the epicenter of the coronavirus outbreak in the country, to land on the city’s airfield after another city in the region rejected the request.

Many netizens were enraged, citing strict lockdown rules that have kept many residents of the region trapped in bordering provinces because they were not allowed to come home during the quarantine. Legacion didn’t respond to Rappler’s questions.

The plane carried 12 contractors of the Philippine National Railways, which was working to resume operations in the region. Camarines Sur Governor Miguel Villafuerte ordered provincial health officials to test the contractors for possible coronavirus infection following the online outrage.

The arrival of the contractors came after President Rodrigo Duterte said he will lift certain restrictions to allow select construction projects to continue during lockdown. The flight was also approved by the Civil Aviation Authority of the Philippines (CAAP) central office.

“We are in a crisis, yet they still have time to do an aerial survey of Bicol. For what purpose? Why can’t it wait when things are normal?,” one netizen posted on Facebook.

Others said the contractors, who checked in at a hotel in Nagac City, should undergo quarantine for 14 days.

In Bohol, Governor Arthur Yap called for sobriety as Boholanos expressed alarm over the return of overseas Filipino workers (OFWs). There were concerns there might be carriers of coronavirus among them.

Stranded Boholano OFWs – 262 in Manila and 81 in Cebu – were scheduled to return to their homes in the province as lockdowns ease, according to a report on The Bohol Chronicle.

Yap said it’s province’s “small sacrifice” to help the national government contain the spread of COVID-19. He said he was told that up to 70,000 OFWs were stranded in Metro Manila.

He initially rejected government’s decision to approve the return of OFWs into province – without prior notice to local authorities – but he was persuaded by the national government to withdraw his protests.

Yap said the province cannot seal off its borders for an extended period, especially for returning residents.

He said all OFWs will be quarantined for 14 days.

In Davao City, there are 1,200 residents of other provinces who were stranded in the city. Mayor Sara Duterte said they’re helping them to get home but only Maguindanao and Davao Oriental have expressed willingness to accept their residents.

“We are processing their travel from the city to their respective areas of destination,” Duterte said. The city will hire vehicles to bring home the residents of the two provinces.

Duterte said residents of other provinces should coordinate with the city government. They may contact mobile numbers 09562441691 and 09510868056 or send an email to davaocitystrandedpax@gmail.com. They needed to submit proof of their residences as well.

Davao City is the only place in Mindanao where ECQ will be extended until May 15. Duterte also refused to allow residents to return to the city. (READ: Davao City residents stranded in other parts of the country not yet allowed home)

Up to 500 Davao City residents were stranded in other parts of the country. Duterte said they can’t come home yet, based on recommendations from doctors she consulted, because taking in people from the outside could mean additional infection for the city.

She cited the city’s limited 415-bed capacity of hospitals in the city, which would not be enough if the city more residents get sick.

“The doctors warned of a new wave of infection once stranded person come in to the city. We consulted the epidemiologist and infectious disease consultant on this concern. The city for now only has to open a center and organize a team to attend to the stranded persons here,” Duterte said. – with reports from Rhaydz B. Barcia/Rappler.com