Number of Filipinos abroad positive for virus rises to 1,644, deaths at 199 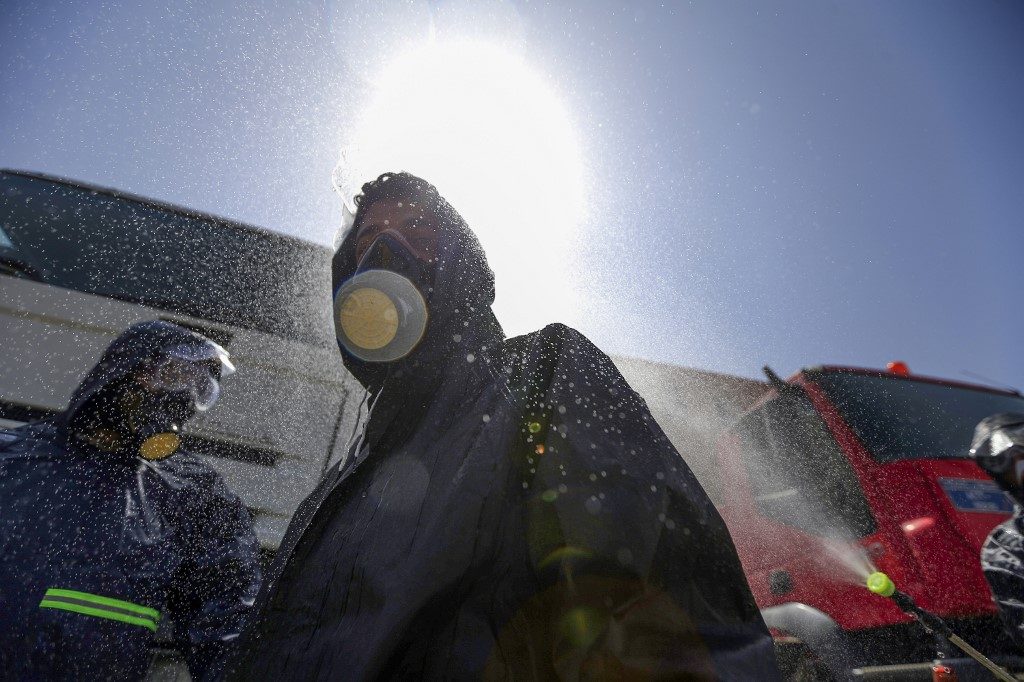 MANILA, Philippines – The Department of Foreign Affairs (DFA) on Wednesday, April 29, announced 40 more Filipinos living overseas were infected with the coronavirus, pushing the total number of confirmed cases to 1,644.

Of the total cases, 1,011 were undergoing treatment while 434 recovered.

Another 10 deaths were recorded, pushing to 199 the number of Filipinos abroad who died due to the disease. New deaths were found in both the Middle East and Americas.

Cases of overseas Filipinos positive for the coronavirus were spread out across 46 countries. Below is the breakdown of cases by region:

Of the 1,644 cases, 432 have been confirmed by the Philippine Department of Health, which tracks cases based on International Health Regulations.

The Philippines has counted 8,212 confirmed coronavirus cases. The confirmed cases include 558 deaths and 1,023 recoveries as of Wednesday.

The number of infections worldwide surpassed 3 million while over 217,000 people have died across 190 countries and territories. – Rappler.com