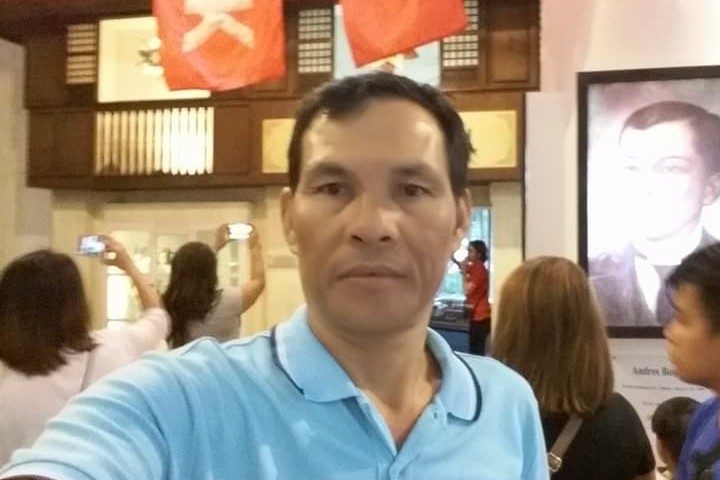 MANILA, Philippines – The coronavirus lockdown has pushed millions to stay at home, but Filipino workers staged Labor Day protests on Friday, May 1, while maintaining distance from each other.

Several small protests pushed through without any problems, but two members of the Bukluran ng Manggagawang Pilipino (BMP) were arrested by the police Friday for allegedly breaking enhanced quarantine rules.

BMP vice president Lito Rastica and labor leader Renaldo Dulay led a protest with 6 other people in a subdivision in Rodriguez, Rizal. Cops arrested them before noon.

Since it’s a holiday, the workers cannot post bail. BMP said that the labor leaders’ inquest proceedings will be on Monday, May 3, yet, which means the two will be detained until then.

In other parts of the country, BMP members and communities held noise barrage outside their homes.

Women in Cavite, meanwhile, took to the streets to protest their dire condition. “Kung kulang noon ang ating pagkain, mas kulang pa ang pakain kasulukuyang nangyayari dulot ng COVID19 na ito. (If our food lacked before, now it’s even lacking because of this COVID-19),” a woman said in a video. 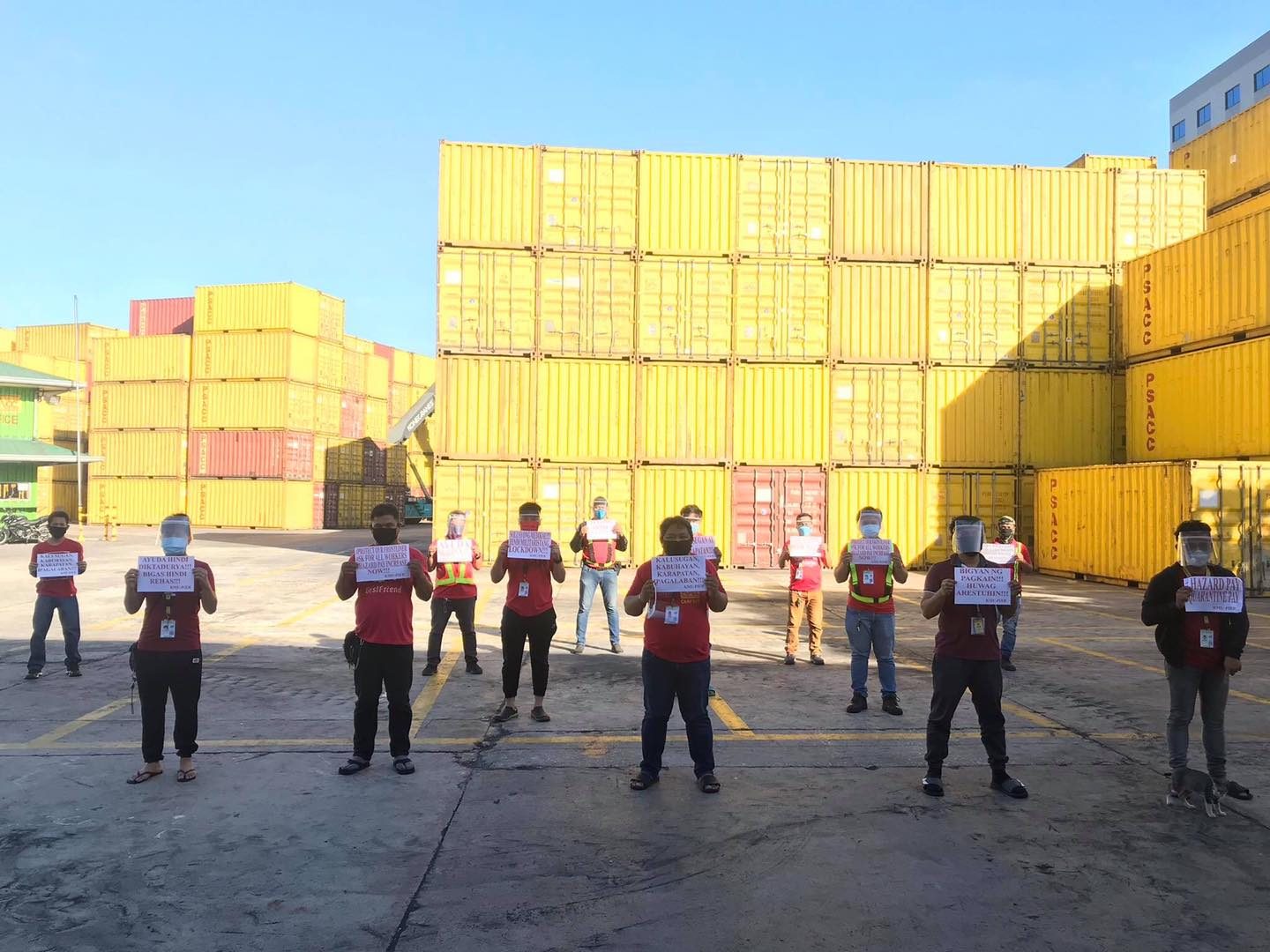 Those who joined the protest wore red shirts and face masks, while others donned face shields. All of them brought placards, calling for mass testing, a faster disbursement of cash aid, and hazard pay increase.

Fishers join the online protest at home and in their communities. PAMALAKAYA calls for medical solutions instead of a military approach in battling the pandemic. They also demanded quick release of cash aid to poor families. : @pama_pil pic.twitter.com/ZMaPsICOgb

KMU, BMP, and the Nagkaisa Labor Coalition and its member organizations organized separate virtual rallies as part of their call for “deep systemic change” post-lockdown.

More than two million Filipinos have lost their jobs or under a “No Work, No Pay” scheme in 87,301 establishments nationwide, according to the Department of Labor and Employment.

But those who have received aid so far is just a small fraction of the reported job displacement. Some 600,000 private and informal sector workers have received the P5,000 cash aid from the government, which is just 26% of the affected workers. – Rappler.com