May 4, 2020 2:32 PM PHT
Facebook Twitter Copy URL
Copied
Learning how to navigate the epicenter of COVID-19 on a bike 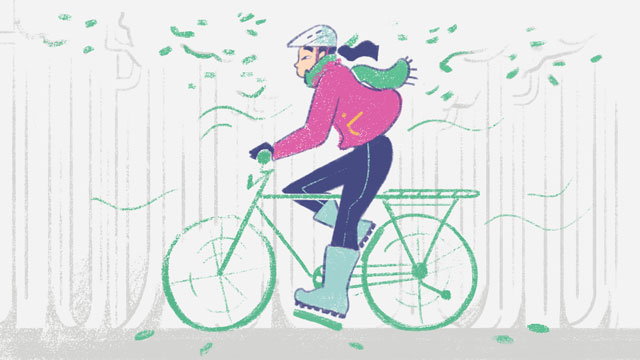 [Editor’s note: Detours from home is a Rappler column where readers can share about the new things they have learned while in quarantine. A Filipina writer and photographer writes about this shared experience brought about by the pandemic from miles away in New York. You, too, can share your own Detours from home story.]

Whether you live in Metro Manila or are based in New York City, commuting is a topic everyone brings up at least twice during a conversation. Much like New York subways and Manila traffic during rush hour, everything came to a screeching halt in mid-March, when quarantine and work from home rules were enforced to reduce the spread of COVID-19.

Here in New York, folks are still allowed outside as long as we follow proper social distancing guidelines. As for me, riding in a cramped subway or car was out of the question for now. This meant thinking of new means of getting around. As it turned out, I didn’t have to look very far.

Growing up, my friends and I rode our bikes around our barangay every summer. In college, I biked through the streets of Savannah to get to class. Even when traveling in Europe, I explored new cities on a bike. I never considered having a bike in New York because of the convenience of the subway and the inconvenience of the crazy drivers. But these were different times, so I swapped my Metro card for my bike helmet and hopped on one of the iconic blue Citi Bikes in my neighborhood.

Citi Bike, the largest bike-share program in the States, has around 14,500 bikes in 900 different stations around New York City and Jersey City. After wiping down the bike and paying a small fee, I would pedal my way around the city for thirty glorious minutes before getting charged for going overtime. 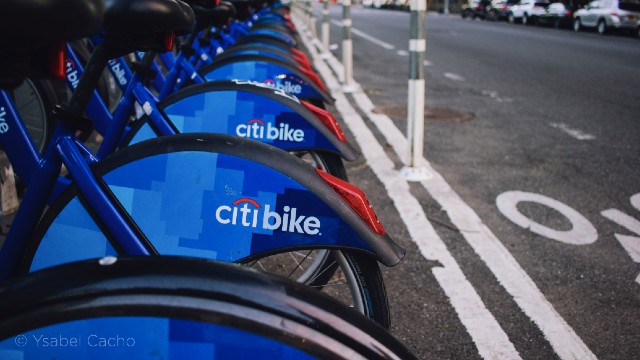 For better or for worse, it seemed as if New Yorkers had the same idea as me. While the subways saw a decrease in ridership in March, the New York Times reported a 67% surge in Citi Bike usage. My math may have been off, but my germaphobia read that stat as a 67% surge in germs marinating on the bike handles. Most of us are taught “sharing is caring,” but nowadays, that sentiment doesn’t apply. So, I decided to invest in getting my own bike.

Bike stores are considered essential in New York, and many are still open for business. After over an hour and a half in a secondhand bike shop, playing Goldilocks (“This one is too big, this one is too small.”), I finally emerged with a bike that felt “just right” to me.

It’s the perfect time to get on a bike in the city. With spring in the air and fewer cars on the road, the roads have become a bike showcase from the latest and fastest race bikes to kids pedaling with training wheels. In the unusually quiet streets of New York, biking seems to have reduced my anxiety. Maybe it’s because I’ve been concentrating on other things (Navigation! Turns signals! Breaks! Shift gears!) other than the pandemic. Or it could be attributed to having fresh air against my mask-covered face. 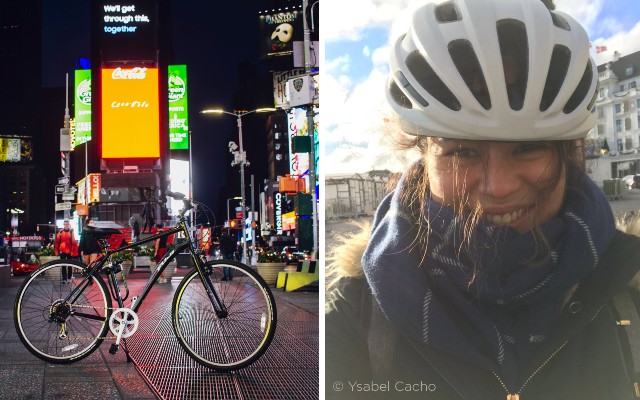 Google “cycling benefits,” and you’ll find many studies, articles, and blogs that list health and exercise as a top benefit. I’ve only had my bike for a few weeks, but so far, it’s been quite the workout. Not just because of the miles I get in, but it’s also because I have to physically carry and maneuver my bike up and down my New York walk-up apartment. So far, it appears I sweat more climbing stairs with a bike on my shoulder than I do biking. Surprisingly, biking has also made me feel less alone in times of social distancing. While FaceTime, Zoom, and social media make it convenient to catch up, nothing beats seeing friends mask-to-mask. Biking has made it easier and safer to visit cousins who live in the city and cycle 6 feet apart from friends with bikes. In a very isolating time, my bike and I have somehow become a team of our own as we navigate up and down Manhattan.

In these uncertain times, time seems to have slowed down. Without the rush hour, it’s refreshing to rediscover the city on my bike with other bikers as we cycle through this pandemic together. – Rappler.com

Ysabel is a Manila-born, New York-based writer and photographer. She graduated from the Savannah College of Art and Design with a degree in Visual Communications and a minor in Copywriting. Her work has been featured in the Philippine Daily Inquirer and CNN Philippines among others. When she’s not writing for advertising campaigns and news outlets, you can find Ysabel running in the park or tuning her guitar.