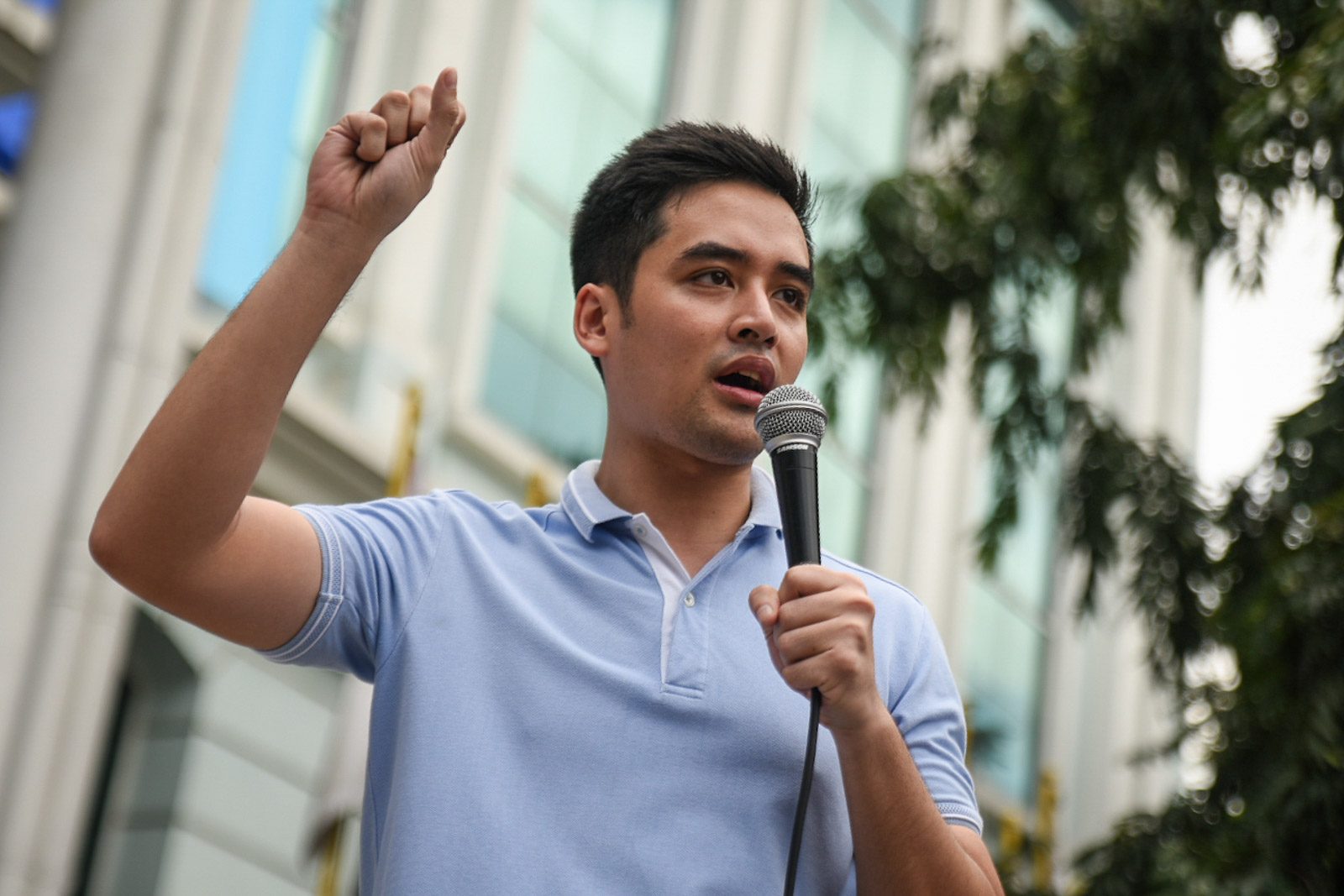 Facebook Twitter Copy URL
Copied
'Yung sense of entitlement ng ibang tao, grabe talaga,' says the Pasig mayor as he explains why the well-off are not the priority in distributing the city's supplemental emergency subsidy

MANILA, Philippines – Too bad, the man used to be his idol.

Pasig Mayor Vico Sotto on Tuesday, May 5, vented anger at an “ex-PBA player” whom he did not name, for berating a city government worker who was handing him an aid package.

The former professional cager, who lives in Pasig Green Park subdivision, was supposedly underwhelmed by the local government’s food handout, and he took out his frustration on the worker.

“Minura-mura ‘yung team leader natin. Bakit daw ganu’n lang ‘yung pinamimigay. Kung naliliitan siya du’n sa pinamimigay ng city, ibig sabihin, hindi niya kailangan ‘yon!” Sotto added. (He cussed at our team leader. How come that was all they were giving out, he asked. If he found what the city was giving too little, then it means he did not need it!)

Sotto added that the former player used to be a teammate of his brother-in-law, Marc Pingris, the husband of his sister Danica Sotto-Pingris.

Sotto told the story as he announced the start of the distribution of the Pasig government’s supplemental emergency subsidy for families excluded from the national government’s cash aid roster.

On Tuesday, the city government began handing out the one-time P8,000 subsidy to families in 5 of Pasig’s 30 barangays. The distribution may take a week or two, the mayor said.

Pasig City is taking a total P1.2 billion out of its trust fund and canceled non-urgent projects to ensure all resident families in Pasig receive a significant amount of cash aid during the coronavirus lockdown. Some 93,000 families will receive P16,000 from the national government, and the rest will get the P8,000 from the city government.

Although there is enough money for the remaining 160,000 families, Sotto is urging those well-off to forego their share so that the money saved can be used for other projects catering to the needy.

Citing the ex-PBA player as an example, he appealed to Pasig’s affluent residents to understand that the local government must prioritize the poor or disadvantaged who will starve unless they receive help.

Not even his family

Although the city government will not prevent even wealthy residents from taking their cash aid if they ask for it, Sotto said he wishes they wouldn’t, if just to pay it forward.

Sotto cited himself and members of his own family, who live in the posh Valle Verde subdivision.

He then urged the wealthy and well-to-do to “let go of their sense of entitlement” and have a heart for those in real need of help.

“Kaya din galit na galit ako dun sa PBA player dati. Alam kong may pera naman. May ilang sasakyan. Maganda ‘yung bahay. Tapos magbibigay ‘yung team natin, tapos mumurahin ‘yung team leaders natin?” Sotto said. (That is also why I am so mad at that former PBA player. I know he has money. He’s got a few cars, a nice house. Then our team gives him aid, only for him to curse at them?) – Rappler.com