May 7, 2020 4:00 PM PHT
Michelle Abad
Facebook Twitter Copy URL
Copied
Poor families who appealed after being initially excluded from the government's list of cash aid beneficiaries are now part of the additional 5 million who will receive aid 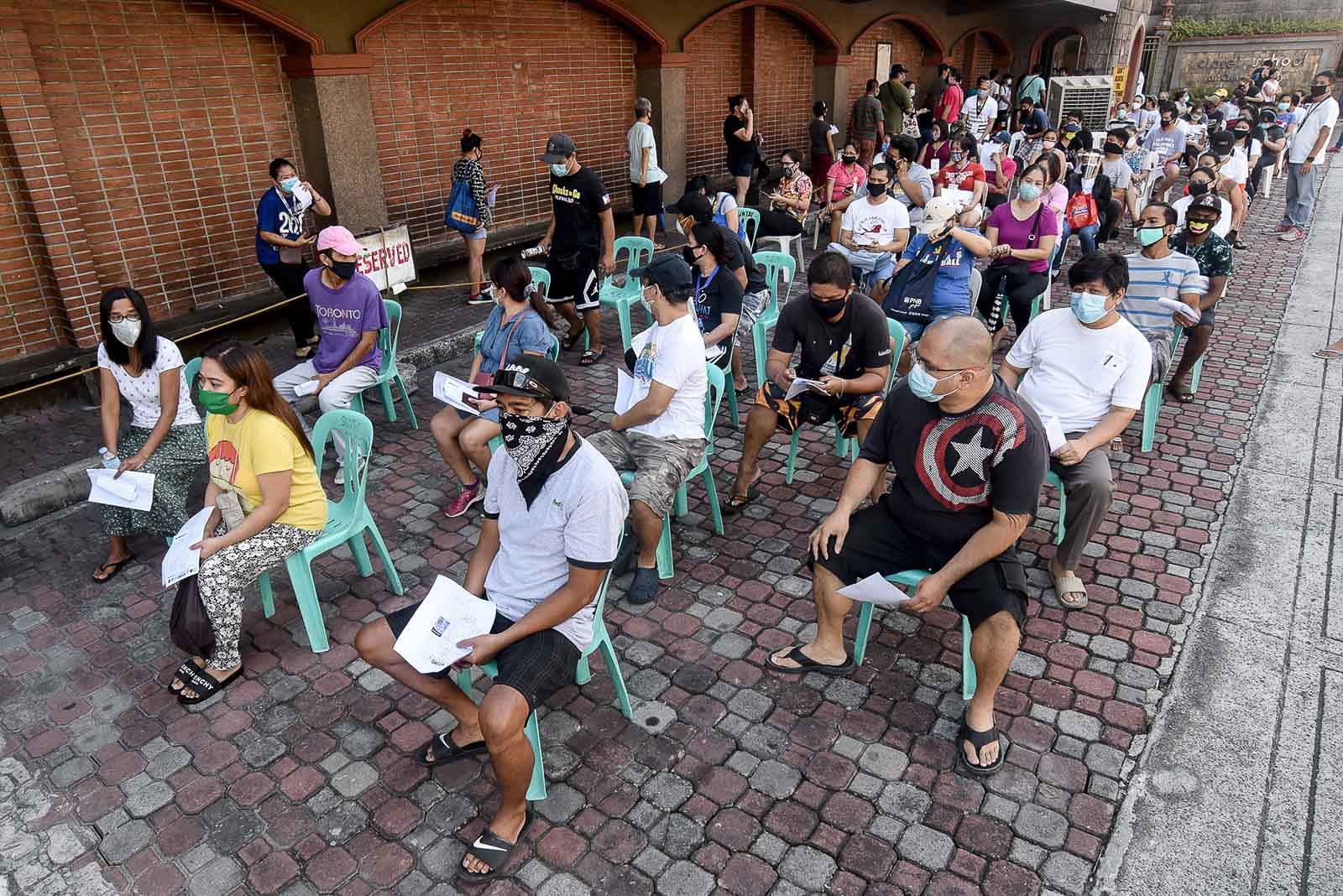 MANILA, Philippines – Five million poor families who were excluded from the 18 million beneficiaries of the government’s emergency subsidy program (ESP) are “waitlisted” to receive aid amid the coronavirus pandemic, the Department of Social Welfare and Development (DSWD) announced on Thursday, May 7.

The included families are the ones who appealed with local social welfare offices and were found eligible for the program.

(The DSWD has said that the local social welfare offices would submit the consolidated list of eligible beneficiaries to the DSWD field offices to validate if the families listed are not existing beneficiaries of other government aid programs. These are eligible target beneficiaries who are now currently waitlisted.)

Other agencies such as the Department of Labor and Employment and the Department of Agriculture have their own cash aid programs. (READ: LIST: Government assistance for workers, businesses affected by lockdown)

The announcement was first made on Monday, May 4, when Presidential Spokesperson Harry Roque said the Inter-Agency Task Force for the Management of Emerging Infectious Diseases recommended to President Rodrigo Duterte that 5 million additional families be included in the ESP.

This means there are now 23 million families who would get P5,000 to P8,000 cash aid for either “the first or second tranche,” Roque said.

Rappler sent a follow-up question asking if the additional 5 million families would also be receiving aid for a second wave like the rest of the 18 million, but the DSWD did not answer this in Thursday’s press conference.

The government earlier announced that families in areas under general community quarantine would no longer be receiving cash aid for the month of May. The DSWD said it is still waiting for Malacañang to release guidelines on this shift in policy.

Several local governments with dense populations were earlier given an extension by the Department of the Interior and Local Government (DILG) to complete their April payouts until May 7. This was again extended to Sunday, May 10.

As of May 7, the DSWD said more than P75.2 billion has been released to 13.6 million beneficiaries of the ESP. (TRACKER: DSWD assistance during coronavirus crisis)

Malacañang announced last Monday that the government will give a P30,000 reward to Filipinos who will report local officials proven to be pocketing government cash aid.

Reports of problems in the implementation of the ESP have emerged. Local officials have struggled to cater to all of the families in need in their jurisdiction, while families face inconvenience and prolonged hunger as they await the promised aid. – Rappler.com