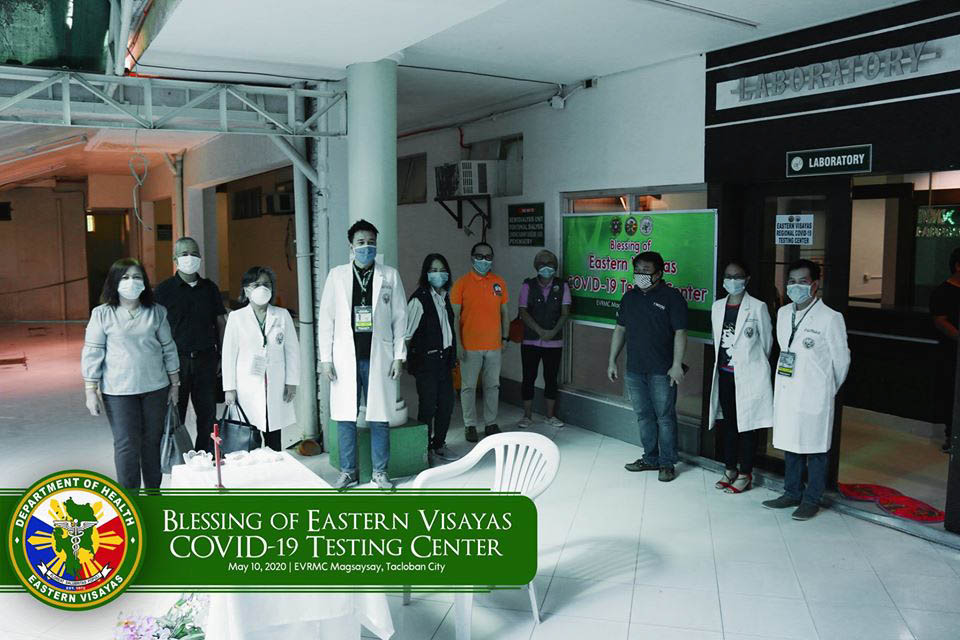 DOH Regional Director Minerva Molon said that the testing center has an initial maximum testing capability of up to 90 specimens a day in the next few days, as the facility has only about 300 start up testing kits.

With more testing kits, facilitated by Leyte Representative Martin Romualdez and his wife, Tingog Partylist Representative Yedda Romualdez, the center can conduct up to 700 swab tests a day.

Even with a testing center, however, Molon said that mass testing in the region was not yet possible.

With the limited test kits, the initial tests will prioritize COVID-19 suspect cases, particularly those coming from Eastern Visayas areas with clear community transmission such as the town of Tarangnan, Samar and a barangay in Catbalogan City.

The RT-PCR Testing Center at the Divine Word Hospital will be operational in the next few days after former Energy Secretary Carlo Jericho Petilla donated testing equipment to the privately owned medical facility in Tacloban City.

The testing center will help cater testing services to COVID-19 suspect cases, especially patients coming from outside the city and those coming from Leyte and Samar who might not be immediately tested at the EVRMC testing center.

Roca said all sample specimens from LGUs and other hospitals, except EVRMC itself, will be coursed through the DOH Eastern Visayas Center for Health Development (DOH-EV CHD) surveillance unit for recording purposes. The DOH-EV CHD will also check the specimens’ packaging.

He added that walk-in tests will not be allowed at the EVRMC.