DSWD vows faster distribution of coronavirus cash aid this May 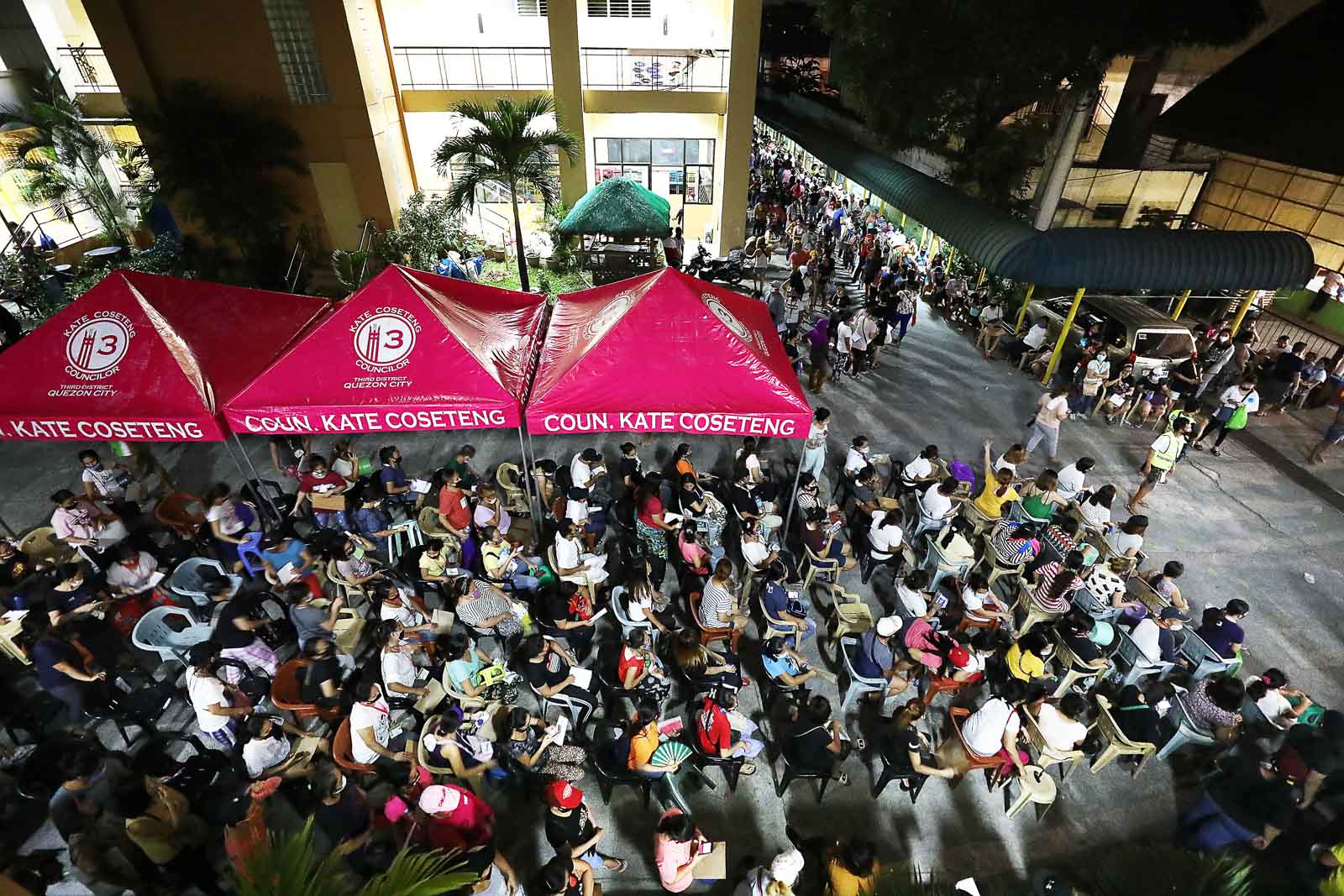 MANILA, Philippines – The Department of Social Welfare and Development (DSWD) on Tuesday, May 12, said it plans to make processes faster for the second wave of cash aid distribution under the emergency subsidy program (ESP) meant to help those affected by the coronavirus pandemic.

“We are planning to make our processes faster and better, and to help the local government units expedite data gathering and aid distribution. The DSWD is investigating how to make the second wave of distibutions better under the ESP [funds] that are allocated for the month of May,” Social Welfare Secretary Rolando Bautista said in Filipino.

Bautista said the agency is looking into digital means to conduct contactless payouts. He made the same announcement two weeks ago.

On Tuesday, Presidential Spokesperson Harry Roque confirmed that the President approved recommendations from the Inter-Agency Task Force on the Management of Emerging Infectious Diseases to include 5 million more families in the April payouts or the first tranche of the ESP, and only give the cash aid for the month of May to qualified families who are under enhanced community quarantine (ECQ).

As of Tuesday, or nearly halfway through the month, DSWD is still waiting for a written directive or an executive order that would indicate the guidelines on distributing the cash aid for May.

The government announced on Tuesday that only Metro Manila, Laguna, and Cebu City will be placed under “modified” ECQ from May 16 to May 31.

Given Tuesday’s announcement, DSWD Spokesperson Irene Dumlao said only qualified families from these 3 areas will receive the second tranche of the ESP. Dumlao, however, reiterated that they will still wait for the written order from the Office of the President.

Bautista said funds for the additional 5 million beneficiaries of the first tranche will come from the budget of the second tranche.

The DSWD disclosed that more than P92.1 billion has been released to 16.3 million beneficiaries of the ESP as of Monday, May 11. (TRACKER: DSWD assistance during coronavirus crisis)

About 1,035 out of 1,632 local government units have completed payouts for the first tranche of the program.

Numerous problems have emerged in the implementation of the ESP, including local officials struggling to cater to all families in need, and families waiting for aid that is slow to arrive or not guaranteed. Citizens in some areas crowd in hot multifunction halls to queue in line for their aid.

Reports of politicking or “palakasan,” where local officials choose the beneficiaries of the program, have also been acknowledged by the DSWD. President Rodrigo Duterte said he will give a P30,000 reward to any Filipino who will report local officials pocketing government cash aid.