May 14, 2020 7:45 PM PHT
Boy Ryan B. Zabal
Facebook Twitter Copy URL
Copied
The estimate is based on tourist arrivals in Boracay Island during the same period in 2019 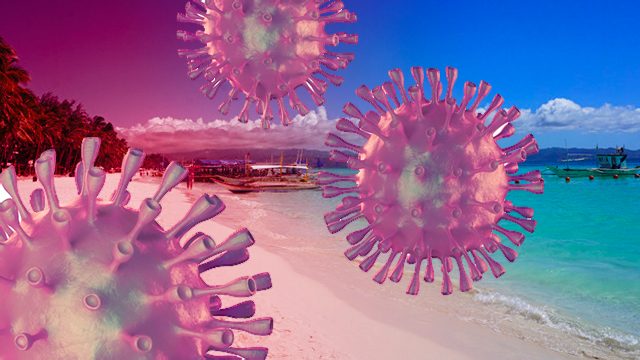 AKLAN, Philippines – Aklan province, where the famous Boracay Island is located, lost up to P11.33 billion in tourist receipts due to coronavirus lockdowns, according to estimates from the Department of Tourism (DOT).

Without coronavirus, DOT said the province was projected to earn P6.94 billion from foreign tourists and P4.39 billion from local tourists in the last two months when lockdowns were imposed in many countries including the Philippines.

The estimates were based on tourist arrivals in Boracay Island during the same period last year.

The province was expected to suffer more losses in the coming months as the world continues to struggle with the pandemic.

Thousands of tourists were also stranded in the region, but the local government units and foreign embassies have brought most of them home through rescue flights.

DOT said it assisted a total of 2,516 foreigners and 297 domestic tourists by arranging at least 51 flights from Iloilo, Bacolod, Kalibo and Caticlan airports.

There were still about a thousand more tourists stranded in the region, mostly foreigners, as of May 13. Catalbas said they were crafting an evacuation plan them.