May 15, 2020 4:11 PM PHT
Lian Buan
Facebook Twitter Copy URL
Copied
Justice Secretary Markk Perete says 40 of the coronavirus patients are from the New Bilibid Prisons while 77 are from the Correctional Institute for Women 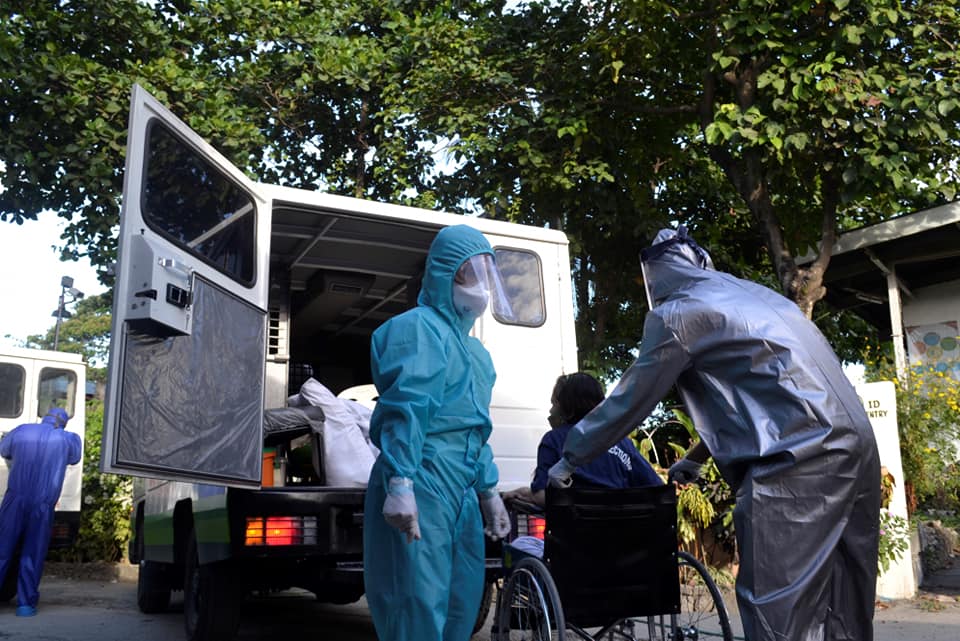 MANILA, Philippines – There are now 117 confirmed cases of coronavirus among convicts in Bureau of Corrections (BuCor) prison facilities, the Department of Justice said on Friday, May 15.

Justice Undersecretary Markk Perete told reporters on Friday that as of May 14, 40  convicts from the New Bilibid Prisons and 77 convicts from the Correctional Institute for Women (CIW) tested positive for the coronavirus, for a total of 117.

The latest number of cases is double the 58 cases that BuCor posted on its Facebook page on May 7.

Perete said that of the 117 coronavirus cases, at least 9 recovered, and 4 died.

Correctional convicts who tested positive for te coronavirus were brought to the Site Harry isolation facility within the Bilibid premises in Muntinlupa, a move slammed by Muntinlupa Mayor Jaime Fresnedi for alleged lack of coordination and for putting at risk his constituents.

Perete said that the female inmates would be moved back to the CIW in Mandaluyong.

“Incidentally, following the augmentation of the quarantine facility at the CIW, PDLs from that facility previously brought to Site Harry will be returned to Mandaluyong where they will continue their quarantine/isolation,” Perete said.

A source told Rappler that the concerned Correctional inmates were being kept in an abandoned school in Muntinlupa – a building in dire condition – and not in the facility shown on media. The Site Harry facility was built with the help of the International Committee of the Red Cross (ICRC).

Sought for comment, Perete said,  “the school building is part of Site Harry daw (they said).”

“We are having the condition in that building checked to verify the complaint,” Perete added.

The BuCor and the Department of Justice (DOJ) have still not responded to the media’s queries on the total number of deaths inside Bilibid, regardless of cause, as concerns mount on the condition of inmates in the national penitentiary.

Perete earlier confirmed a case of an inmate who died as a coronavirus suspect, but who was never swabbed for coronavirus.