With indictment of teacher, media told be careful when interviewing suspects 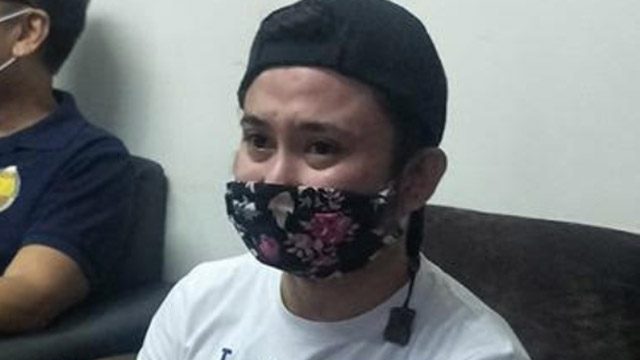 MANILA, Philippines – Journalists will have to be careful the next time they interview suspects – especially those without lawyers – after a teacher was indicted and jailed longer because of an admission made to members of media.

“Media really shouldn’t take the bait when a suspect is presented to media and in fact should insist that no presentation be made at all, or that counsel be present even at the presentation,” said former Supreme Court spokesperson Ted Te on Saturday, May 16.

Public school teacher Ronnel Mas was arrested for posting on Twitter that he would reward P50 million to anyone who would kill President Rodrigo Duterte. Although Mas’ warrantless arrest was invalid, the Department of Justice (DOJ) prosecutor said the defect was cured because of a confession to media.

Mas was also charged with inciting to sedition based on the confession.

Te said previous Supreme Court cases have indeed upheld that confessions made to media can be admitted as evidence.

As the DOJ said, Mas’ confession to media when he was presented in a press conference by the National Bureau of Investigation (NBI) did not amount to a custodial investigation, where a person’s rights have to be observed, including the right to a lawyer.

In the case People vs Andan, the Supreme Court said: “The Bill of Rights does not concern itself with the relation between a private individual and another individual.”

However, not all media confessions are admissible, as the Supreme Court has also acknowledged that sometimes journalists are influenced by law enforcement to get the confession they would otherwise not be legally allowed to obtain.

In the case People vs Morada, the Court said: “Our ruling in that case does not, however, authorize the police to obtain confessions they cannot otherwise obtain through media reporters who are acting for the police.”

“Friends in media should be sensitive to the Court’s warning that the presentation of suspects to media without counsel might be a strategy to obtain an extrajudicial confession without counsel, which law enforcement would otherwise not be able to obtain,” Te said.

The DOJ’s ruling did not tackle the legality of an earlier admission, made inside the car of NBI agents immediately after Mas’ arrest. It was there where agents pressed him without the presence of counsel.

Cure to a defective warrantless arrest?

Even though the media confession was admitted as evidence, Te said the NBI agents should still be held liable for illegal arrest and detention.

Te said it was wrong for the DOJ Prosecutor to say the warrantless arrest was already cured by the media confession.

“The arrest remains defective despite the supposed admissibility of the confession and remains a basis for criminal liability under Article 124 of the Revised Penal Code for the arresting officers,” Te said.

Article 124 imposes the penalty of jailtime for arresting officers who commit arbitrary detention, including the delay in bringing a suspect to court within set deadlines – 12, 18, or 36 hours, depending on the type of the offense.

Mas was arrested May 11 and he has yet to be charged in court.

Assistant State Prosecutor Jeannette Dacpano ruled that the warrantless arrest of Mas was invalid, and that inciting to sedition is not a continuing crime, a slight departure from past DOJ indictments that have allowed warrantless arrests of suspects for different offenses.

However, Dacpano’s ruling that the warrantless arrest was “cured” because of the media confession has resulted in prolonged jailtime for Mas.

Because even if the charges are not yet filed in court where he can post bail, the NBI has refused to release him because of the cured “warrantless arrest.” And this is despite contention from Mas’ lawyers that there is now no legal ground to hold the teacher in custody.

“[It is] dangerous syllogism… the alleged ‘voluntariness’ and consequent admissibility of the uncounselled extrajudicial confession to media while captive have no effect on a clearly unwarranted warrantless arrest,” said Te.

“The DOJ ought to have made that clear in its Resolution, and, in fact should have made such a finding,” said Te. – Rappler.com