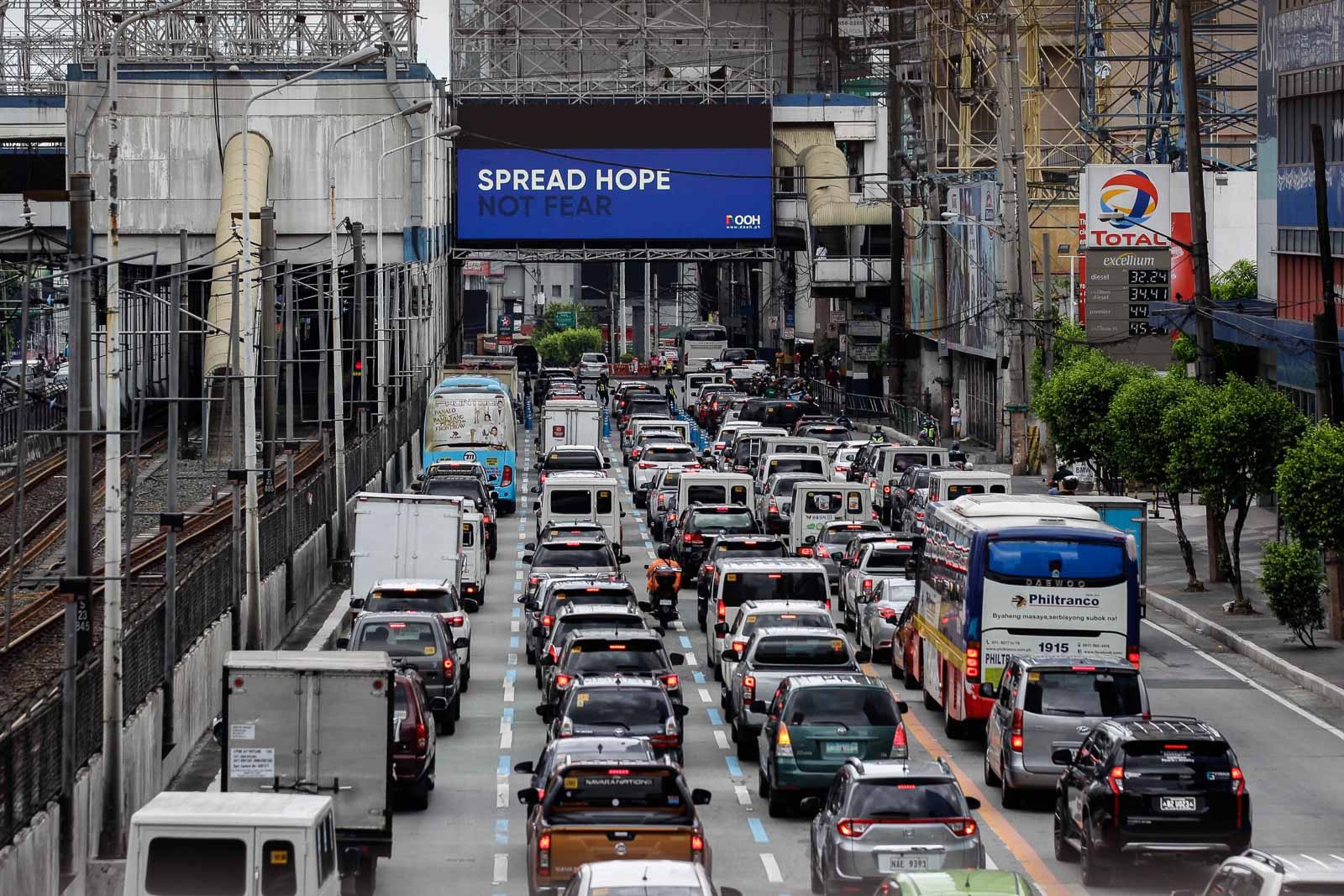 Facebook Twitter Copy URL
Copied
Only private cars are allowed in the modified ECQ. Companies whose service is considered essential can hire shuttles for its workers

MANILA, Philippines – Even though public transportation is still not allowed, traffic was back in EDSA on Saturday, May 16, or the first day of the Modified Enhanced Community Quarantine (MECQ).

In Metro Manila under MECQ, only private cars are allowed as long as only two people seat per row.

Companies whose service is considered essential can hire shuttles for its workers.

Motorcycles, bicycles, and e-scooters allowed with only one rider. The MECQ also partially reopened malls, as well as dozen other services and industries which have been closed for two months since the initial lockdown.

Metro Manila is among the few regions, alongside  Bataan, Bulacan, Nueva Ecija, Pampanga, Zambales, Angeles City and Laguna, which are under Modified Enhanced Community Quarantine (MECQ).

Cebu City and Mandaue City are under the more strict ECQ.

The rest of the country is considered under General Community Quarantine (GCQ) or the least strict form of quarantine. – Rappler.com