May 18, 2020 1:44 PM PHT
Lian Buan
Facebook Twitter Copy URL
Copied
Uson was summoned over a Facebook post that used a wrong photo of donated Personal Protective Equipment which she lifted from The Philippine Star 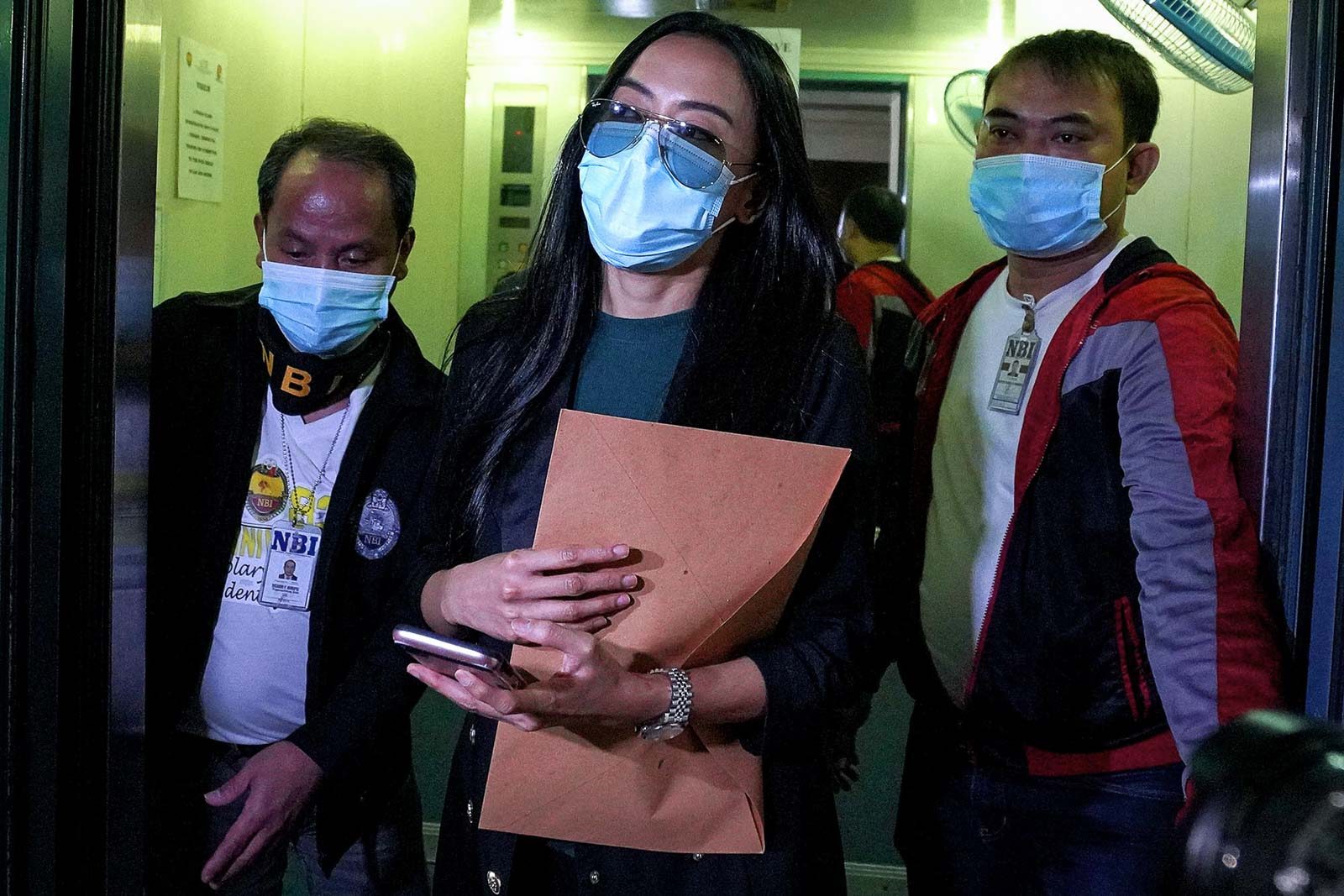 MANILA, Philippines – Complying with a subpoena, Overseas Workers Welfare Administration (OWWA) deputy administrator Mocha Uson went to the National Bureau of Investigation (NBI) on Monday, May 18, and told the bureau her false coronavirus post was an “honest mistake.”

Uson was summoned over a Facebook post crediting the government for the distribution of Personal Protective Equipment (PPE), which were later fact-checked to have been donated by SM Foundation.

Uson said she lifted the wrong photo from a story in The Philippine Star about the Department of Health’s or DOH’s distribution of PPEs.

The Philippine Star has replaced the photo and wrote an editor’s note that said: “An earlier version of the story showed a photo of healthcare workers of The Medical City in personal protective equipment. The PPEs shown in the photo were donated by SM Foundation, which did not reflect in the earlier copy.”

(I immediately issued an erratum and I said I used the wrong photograph, which I just got from the Philippine Star.)

NBI Cybercrime Division Chief Vic Lorenzo said Uson stayed for only 25 minutes with her lawyers, where she explained what happened in the post. Uson did not submit an affidavit, said Lorenzo.

Lorenzo said Uson or her lawyer can submit documents without personal appearance but this has to be done “as soon as possible,” or else they would be considered to have waived their rights.

Lorenzo said they are expecting an affidavit by next week.

Uson’s subpoena is part of the NBI’s crackdown on supposed coronavirus-related fake news.

The NBI earlier subpoenaed an individual who posted a criticism against the government’s spending during the pandemic, pointing out that if it could buy a P2-billion private jet, then it should also have funds for medical frontliners.

The NBI also arrested and detained a teacher who posted about a P50-million reward to “kill” President Rodrigo Duterte. – Rappler.com