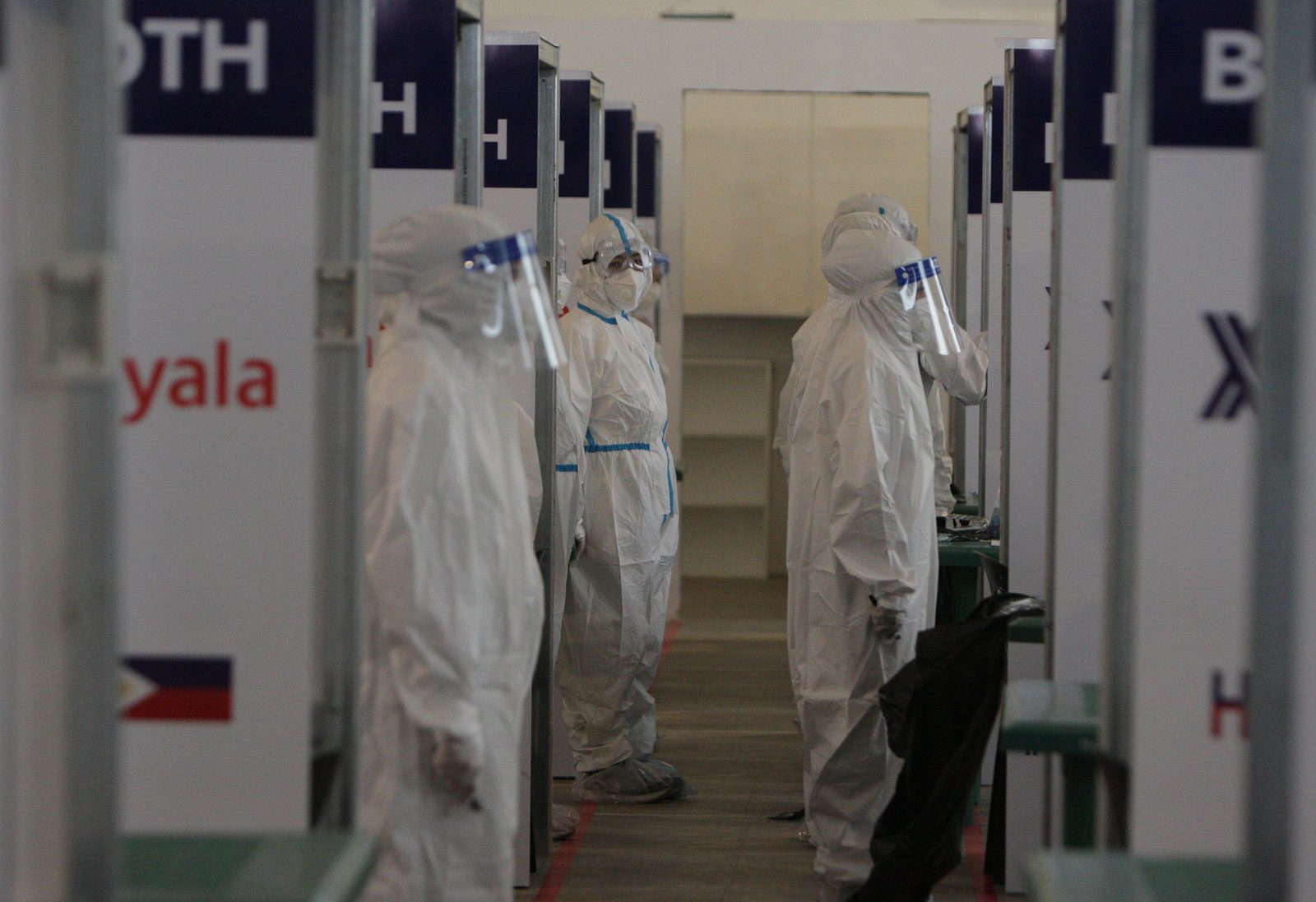 Facebook Twitter Copy URL
Copied
Presidential Spokesperson Harry Roque says the government is working on increasing daily coronavirus testing capacity to 30,000 by the end of May

MANILA, Philippines – Hampered by limited resources, the Philippine government said it will rely on the private sector to boost the country’s testing capacity as more people return to work following the easing of quarantine restrictions in a number of areas.

In a press briefing on Monday, May 18, Presidential Spokesperson Harry Roque said the government was currently focused on meeting its target of 30,000 tests to be conducted daily, up from its initial goal of 8,000 daily tests.

(As much as possible, we’re increasing our testing capacity to reach 30,000 [tests daily]. But in terms of mass testing like what was done in Wuhan where 11 million [residents will be tested], we don’t have a program like that and we’re leaving it to the private sector.)

As it stands, the Philippines currently has 30 licensed laboratories that can process reverse transcription-polymerase chain reaction (RT-PCR) tests which are capable of detecting the coronavirus in patients. The labs can process some 11,000 tests per day, according to the Department of Health.

The DOH said there were also 6 licensed Gene Xpert labs which used technology originally developed to detect tuberculosis patients to instead test for coronavirus patients. Apart from this, another 83 of 109 labs that applied to become testing centers were at stage 3 of 5 for accreditation.

Why no mass testing? While calls for mass testing have grown since the start of the coronavirus crisis, what the government does have in place is an “expanded testing program” where health workers and individuals considered to be at risk of contracting the virus are prioritized for testing.

The program follows President Rodrigo Duterte’s order to procure 2.2 million rapid test kits which will be used in conjunction with PCR-based tests. The government’s coronavirus task force earlier said this was opted for due to limited resources. (EXPLAINER: What to expect from the Philippines’ expanded coronavirus testing)

Rapid tests are what private sector-led initiatives like Project ARK (antibody rapid test kit) use to test workers and residents of local government units who have joined the program.

While they are expected to test a larger number of people faster, Dr Menguita Padilla – a medical consultant for Project ARK – said the rapid tests will also need to be further validated by PCR tests if a person tests positive for IgM antibodies.

Unlike PCR tests which use swabs to find the actual presence of the coronavirus in a patient, rapid tests use blood samples and can only detect antibodies. Antibodies are what the body produces after responding to and having been infected by a virus.

Where the private sector comes in: Under Project ARK, rapid test kits have been distributed to some 200 companies that partnered with the initiative to test their employees.

The project has also tied up with local governments in Batangas, Antipolo, Pasig, Quezon City, Taguid, and Makati to increase testing in their communities. It also donated PCR testing machines to augment the supply of several government hospitals where samples are processed.

Aside from this, private businesses have also helped the government set up mega swabbing facilities in Metro Manila and Bulacan.

Health experts have called for more aggressive testing programs since the start of the outbreak to get a better grasp of the coronavirus’ spread in the country. After two months on lockdown, however, government has struggled to set up wider testing.

Cases continued to increase on Monday with 12,718 confirmed coronavirus cases counted, including 831 deaths and 2,729 recoveries. – Rappler.com