DOH: Testing of those without symptoms ‘not cost-effective’ for now 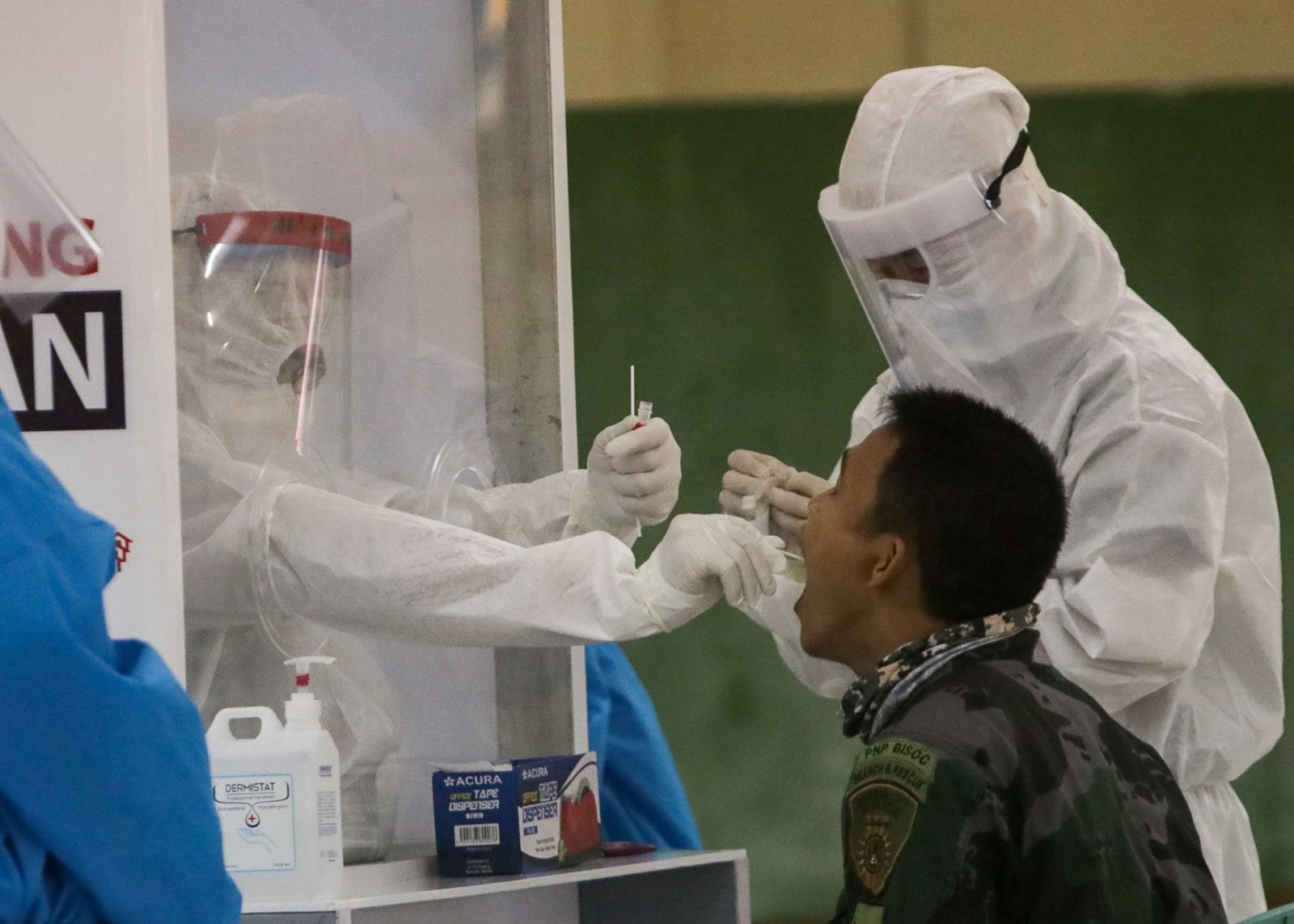 MANILA, Philippines – Health Undersecretary Maria Rosario Vergeire said it is not “cost-effective” to prioritize the testing of those who do not exhibit coronavirus symptoms because the country’s healthcare system does not have the capacity for it right now.

The Department of Health (DOH) official said this on Wednesday, May 20, to the members of the health and COVID-19 response cluster of the House Defeat COVID-19 committee as the government continues to face backlash for still not doing mass testing even if quarantine measures are already being eased.

“The very reason why we are saying it’s not cost-effective [is] because we are considering the existing resources of the country right now for testing. Alam po nating lahat na napakamaliit pa lang ‘yung ating kapasidad ng testing (We all know that we still have a very small testing capacity),” Vergeire said.

There are at least 30 accredited facilities nationwide that can test COVID-19 samples. But the Philippines is currently able to conduct only 11,500 tests per day. (READ: Gov’t targets to have 66 coronavirus testing hubs by May 31)

Vergeire also clarified the DOH uses the term “expanded testing” instead of “mass testing,” as the limited capacity is forcing the country to prioritize certain sectors.

Vergeire was answering lawmakers’ questions concerning House Bill (HB) No. 6707 authored by ex-DOH chief-turned-Iloilo 1st District Representative Janette Garin, who wants vulnerable sectors of society but who are not necessarily showing symptoms to be prioritized for COVID-19 testing as well.

These include Filipinos who have preexisting medical conditions who now need to go back to work and people entering the country from abroad. HB No. 6707 would provide a testing subsidy between P1,700 and P1,800 per asymptomatic person tested.

But Vergeire said as much as the DOH wants to test more sectors of the population, the healthcare system is simply too overwhelmed right now.

(We in the department also want to have this type of testing where more people are covered. But based from our capacity right now, this is the reality.)

But this did not sit well with economist-turned-lawmaker Stella Quimbo, who said testing around 10 million Filipinos would cost the government P9 billion compared to the country losing P18 billion per day of lockdown.

Vergeire then said the DOH never said lack of budget was the reason behind the assessment that testing asymptomatics is not cost-effective.

“Currently, our laboratories are choking because of [the] surge in the number of tests that are being done. We have our hospitals which are waiting for the lab results of their patients for 10 to 14 days. We have our communities waiting also for the results of these [tests] that were done among their constituents for a number of days already,” Vergeire said.

(What we’re saying is that we’re prioritizing in a way that matches the capacity of our system… The proposal in the bill is good. But I hope we would be able to increase the quality and capacity of our health system, our laboratories, so everyone would be accommodated.)