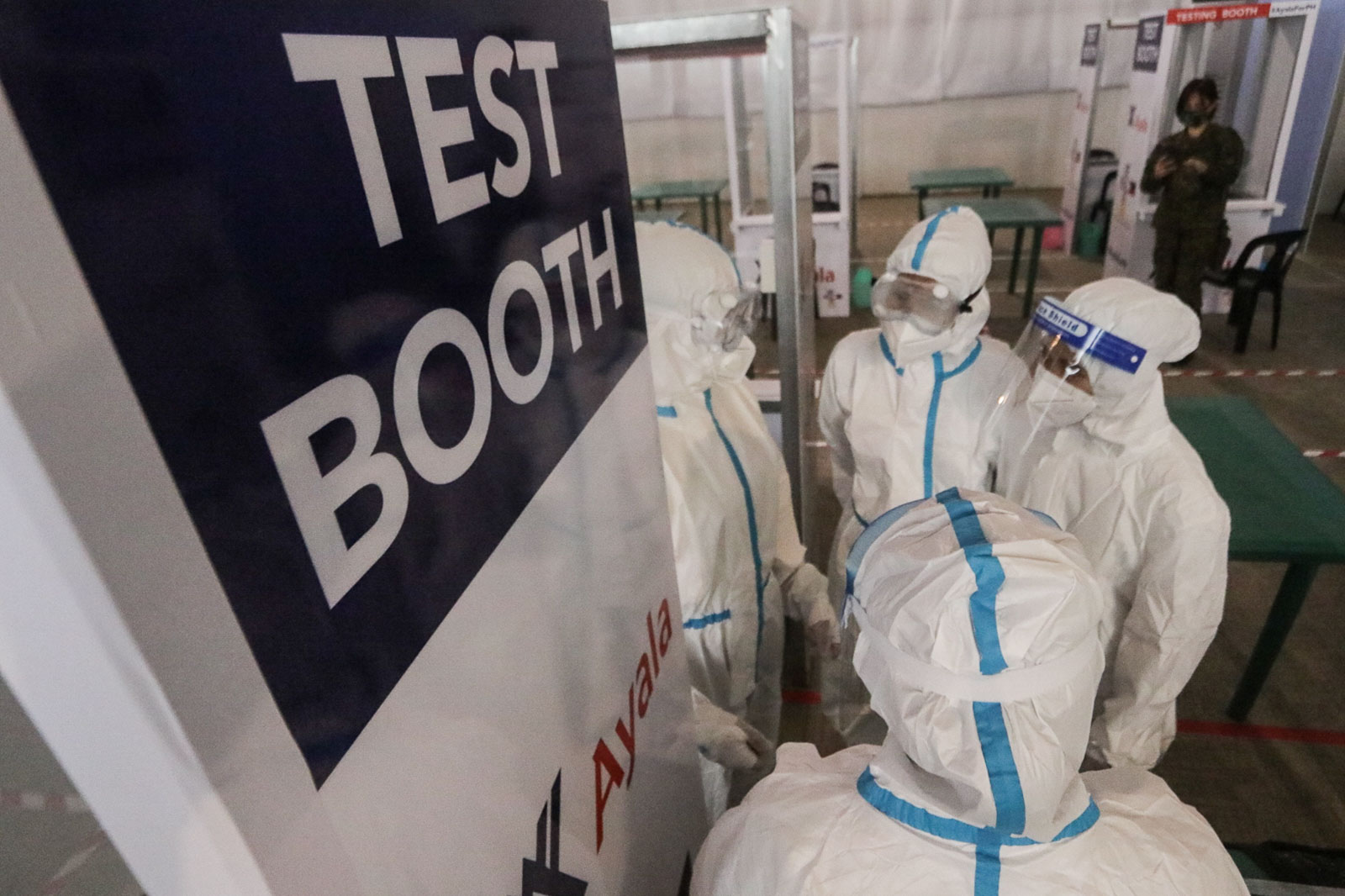 MANILA, Philippines – The total number of confirmed coronavirus cases in the Philippines breached 13,000 on Wednesday, May 20, as the Department of Health (DOH) reported 279 new cases.

With the latest cases, there are now 13,221 coronavirus cases in the country.

The DOH said 150 of the new cases are from Metro Manila, 14 are from Central Visayas, and the remaining 115 from other regions.

Five more patients died as of Wednesday, raising the death toll to 842.

With the recovery of 89 additional patients, there are now a total of 2,932 recoveries, the DOH said.

As the government eases lockdowns nationwide, Health Secretary Francisco Duque III had warned that a worst case scenario would be a “3rd wave” of infections.

The Duterte government continues to implement an expanded testing program, where tests are conducted on more people considered at risk, including those who have no symptoms but had exposure to coronavirus cases.

Presidential Spokesperson Harry Roque had earlier justified the absence of mass testing in the Philippines until now, saying that no government in the world is able to test every single member of the population. Mass testing is crucial in stemming coronavirus cases, as shown by the experience of countries like South Korea.

The Philippine government’s testing capacity is currently at 11,500 a day but it has promised to increase this to 30,000 a day by the end of May. The government said it will rely on the private sector to boost the testing capacity, even as many businesses suffer losses and face closure because of quarantine measures.

Presidential adviser for entrepreneurship Joey Concepcion defended on Wednesday the easing of lockdowns by providing more rapid test kits for returning workers, even though medical groups doubted the efficacy of the test kits.

“It’s better to test than not to test,” said Concepcion, saying the country’s economy cannot afford another lockdown.

The government also struggles with funding problems for its social amelioration program. The Department of the Interior and Local Government (DILG) said an inventory will be made and those who received cash aid twice will need to return the money.

National Task Force (NTF) COVID-19 chief implementer Secretary Carlito Galvez Jr also sounded the alarm that the government’s facilities could be overwhelmed in the next months because of the influx of arriving overseas Filipino workers (OFWs) who need to be tested and quarantined.

Most of the country is now under General Community Quarantine (GCQ), except for Metro Manila, Cebu City, Laguna which are under “modified” ECQ until May 31; and Cebu City and Mandaue City which are under the strictest ECQ. – Rappler.com