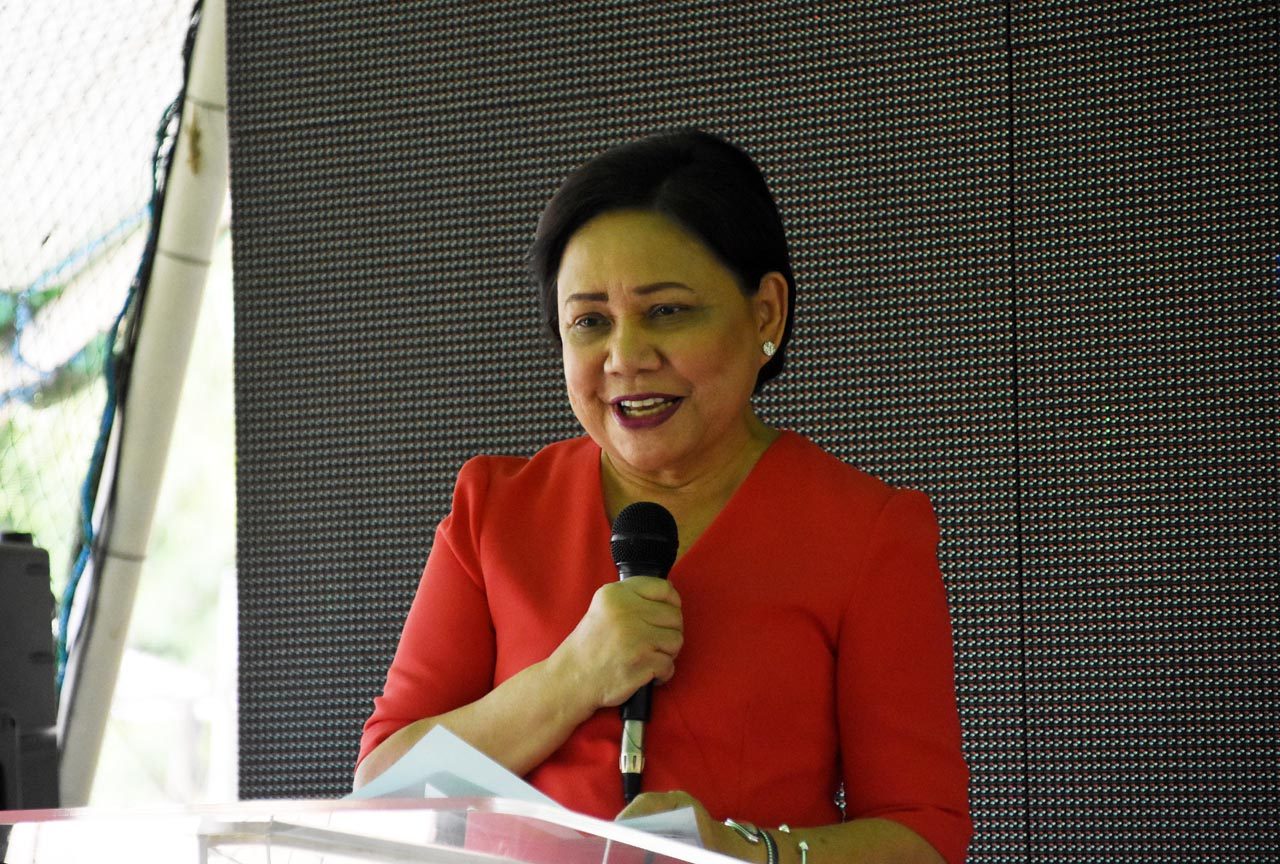 Facebook Twitter Copy URL
Copied
Senator Cynthia Villar says her intention was why middle class workers who still received salaries were included in the list of cash beneficiaries, thus taking the benefit from 'the poor and the unemployed'

MANILA, Philippines – Senator Cynthia Villar apologized on Wednesday, May 20, to those offended by her remark that the government shouldn’t extend cash assistance to middle-class families affected by the coronavirus lockdown because they were getting by.

In a statement, the country’s richest senator said her comments during the virtual Senate hearing on Tuesday were not “meant to be an affront to the hardworking middle class of the country.”

“I might have framed my questions and statements in such a manner that made it seem I was insensitive to the plight of the middle income sector. I am not,” she said.

The billionaire senator added: “If I have offended anyone with my statements, I humbly apologize.”

During the Senate hearing on Tuesday, Villar cited the 2015 census – latest available – that only 59% of the 22 million Filipino families were considered poor. She then assumed that, if the government’s cash aid program covered 18 million families, then the beneficiaries included some from the middle class.

Yet, despite the number of families that the national government tries to cover, there have been complaints from the ground that really poor families have been excluded from the list, while those who are not exactly hard-up received cash subsidies.

Villar cited the case of their family conglomerates. The senator is married to the Philippines’ richest businessman Manny Villar.

The senator’s statements kicked up a maelstrom online, with netizens blasting her for being insensitive.

She said: “The intention of my questions yesterday was to clarify reports about the middle class workers who remain employed but have been included as among the beneficiaries” of the government’s cash assistance.

The financial aid, Villar added, was “to benefit the poor and the unemployed.”

“The workers who continue to receive their salaries during the quarantine were excluded as eligible beneficiaries because they did not lose their income even amid the strict quarantine setup,” she said in her statement.

Under the Bayanihan to Heal as One Act, 18 million Filipino families were identified to receive P5,000 to P8,000 from the government’s emergency subsidy program. P200 billion was allocated to this program, to be given in two tranches.

The government expanded the list to cover 5 million more families who would be prioritized for the second tranche of the cash aid program.

The Department of Labor and Employment (DOLE) reported that since the lockdown started, at least 2.3 million workers from the private sector have been laid off or placed under a “No Work, No Pay” scheme.

This is why the DOLE rolled out a P5,000-subsidy to workers – to augment private sector workers’ salaries. But DOLE was able to assist only 650,000 people due to limited funds. – Rappler.com