First wave, second wave? Duterte officials clash on where PH is in pandemic 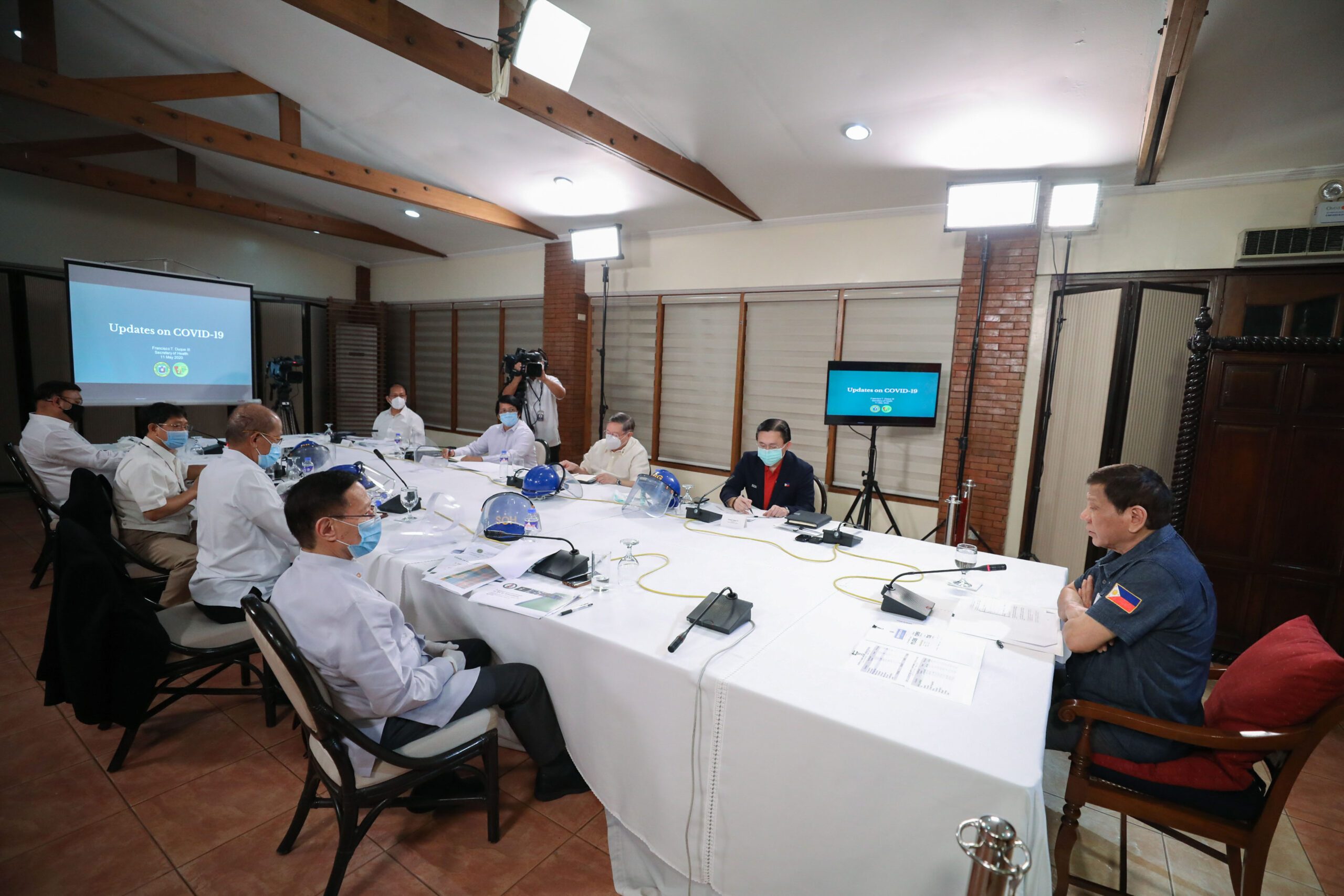 MANILA, Philippines – The public’s ears pricked up when Health Secretary Francisco Duque III claimed on Tuesday, May 19, that the Philippines was on a “second wave” of coronavirus surge and trying to prevent a 3rd.

Until that time, most Filipinos thought the country was battling one wave and was preparing for a possible second wave.

It seems other top Duterte government officials thought the same and were not on the same page as Duque.

A day after Duque’s statement, made during a virtual Senate hearing, Executive Secretary Salvador Medialdea said he did not know what the health chief was talking about.

(You know, that’s not a pronouncement of the President? When did that second wave come about?)

When told that the claim of a second wave came from Duque, he said, “That, we will have to see because, as far as I know, we are not yet on the second wave.”

Then, on Thursday, May 21, Malacañang itself weighed in, insisting that the country is just on the first wave.

“We are now [in] the first wave. When you look at the graph of cases in the Philippines, the first wave started when the Chinese with coroanvirus came here…. The first wave continues. It continued in February and then in March, where there was a ballooning of cases,” said Presidential Spokesman Harry Roque.

“While the curve has not yet actually flattened, the flattening has started,” he added.

So what is true? So far, a government official and some experts have sought to explain the apparent contradiction.

Health Undersecretary Maria Rosario Vergeire distinguished between what a “wave” means in technical terms and what it means for regular Filipinos.

When Duque said second wave, he meant in the technical sense, said Vergeire.

“In technical or epidemiological terms, we are already considered as being in the second wave. The first wave was a minor one, with only 3 cases at its peak, happened in January,” she said in a statement.

She was referring to the very first confirmed cases in the Philippines – Chinese nationals who were carrying the virus from Wuhan, where the pandemic started.

However, some health experts don’t think this counts as a first wave.

Former health secretary Esperanza Cabral, for instance, said that the 3 imported cases were too few to count as a real wave because they were not even enough to form an epidemic curve.

Mahar Lagmay of the University of the Philippines Resilience Institute is of the same analysis.

“When you look at a wave, I would define that as the one that has experienced exponential growth. Those 3 that came in a month or more than a month earlier, that was not exponential growth, so I don’t think that can be considered as a wave,” he told Rappler on Thursday.

Roque agreed, adding that a wave must comprise of community-acquired cases and not imported cases like those first 3 patients.

“Those 3 are too few to become wavelet,” said Roque.

He stopped short of admitting there was a contradiction between Duque and other officials, merely saying that “officials have different views on the same data.”

Still, Roque asked for understanding from the public for the confusion.

“We apologize if you were alarmed,” he said in Filipino.

“He (Duque) is calling as a second wave what we commonly term as the first, in which case he is waiting for the 3rd wave which we term the second. He is just confusing people even more,” she said.

Anthony Leachon, a doctor and health reform advocate, also thinks the Philippines is just in the first wave because being in a second wave would mean the epidemiological curve had flattened and was now rising anew.

“We are in the first wave. Second wave, based on historical reference models, will only happen if the curve has been flattened and another outbreak occurs due to imported cases from migrant workers and the rainy season,” he told Rappler.

But another doctor, Edsel Salvana, is of the same thinking as Duque that the Philippines is in the second wave or peak, but that the first wave was “tiny.”

“The current Philippine epidemiologic curve has two ‘peaks.’ There was a tiny peak from January representing 3 cases from China, and there is the current wave which peaked at 538 cases last March 31 and is still ongoing, but on the downtrend of about 200 to 300 cases per day,” he wrote in the Manila Bulletin.

Does it matter? But Cabral and Salvana agree that, ultimately, what “wave” the country is in does not really matter.

“What does it matter if it’s the first or second or the 100th wave we are in? The important question is, are we ready for the next one?” Cabral said.

The real issue is why government officials leading the coronavirus response read the same data differently and whether that difference in understanding affects decision-making.

Duque is the chairperson of the Inter-agency Task Force on Emerging Infectious Diseases (IATF-EID), but his interpretation of the country’s curve differs from other members.

But Roque downplayed the contradiction as a “small thing” and just a difference in “terminology.”

“What’s important is the government is unified in taking all steps to prevent a sudden surge in cases,” said the spokesman.

Asked if Duque’s straying from the messaging of other officials proves that – as former socioeconomic planning secretary Ernesto Pernia explained why he had resigned in the middle of the pandemic – the “orchestra is not being orchestraded very well,” Roque said: “Hindi naman po siguro. Medyo sintonado lang siguro ang isa pero okay naman ang orchestra.” (One voice may be off-tune, but the orchestra as a whole is playing well.) – Rappler.com